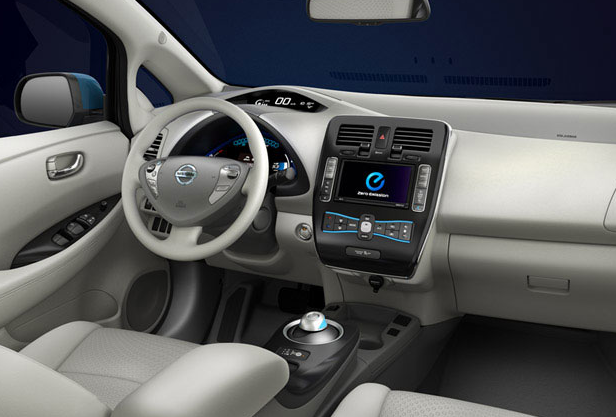 Never mind running on electricity — cars of the future will be so helpful, they’ll spray us with vitamins and make sure we never forget another anniversary.

That’s the future envisioned by the people at Nissan, who announced today that their next-generation cars will be designed to make drivers feel they are better off staying in their cars instead of stepping outside.

Within the next two to three years, new Nissans will come with anti-collision radar technology; comfy “easy chair” seats designed by NASA, which are intended to improve blood flow; and air conditioners that spritz passengers with vitamin C, which helps prevent skin damage and wrinkles.

They will also have air purifiers designed by Sharp and smart speedometers that will remind drivers of upcoming anniversaries and birthdays, lest the driver forget.

Nissan hopes to capitalize on growing driver desire for value-added technology, the carmaker says. Cars are more than modes of transport, Nissan engineer Kenichi Tanaka explains: “The emotional aspect of a car has become increasingly important as customer needs diversify,” he told AFP.

The anti-collision system is similar to radar systems used in airplanes and ships, AFP reports. It monitors the distance from a vehicle in front and can prevent forward crashes at speeds up to 40 mph. It works by telling the driver to decelerate, then slowing the car by automatically raising the accelerator and pressing the brake.

Nissan has plenty on its plate with the impending launch of the electric Leaf later this year, but a focus on comfort suggests the carmaker is not counting on the Leaf alone to get drivers’ attention.