Introducing Kestrel, The First Road-Ready Car Built Out Of Hemp

Marijuana’s fibrous cousin hemp has a long history with auto makers. in 1941 Henry Ford unveiled a car body made... 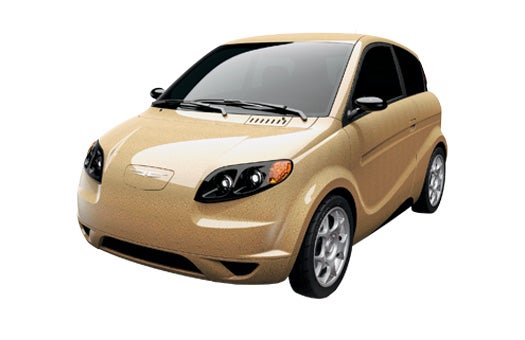 Marijuana’s fibrous cousin hemp has a long history with auto makers. in 1941 Henry Ford unveiled a car body made primarily out of organic fibers, hemp included. seventy years later, the world’s first production-ready biocomposite electric car—with hemp as the “bio”—will finally hit the streets. The Kestrel, a three-door hatchback, is made of a “hemp composite as strong as the fiberglass in boats, yet incredibly lightweight,” says Nathan Armstrong, the president of Motive industries, Kestrel’s manufacturer.

Whereas a comparably sized Ford Fusion weighs 3,720 pounds, the Kestrel will be just 2,500 pounds with the battery. this “might be the sweet spot for electric vehicles,” Armstrong says, because the car’s low tonnage means a fuel-efficiency increase of 25 to 30 percent.

To make this resilient, lightweight compound, hemp stalks are combed and rolled into a mat that is infused with a polymer resin. the hemp makes the biocomposite’s flexibility similar to the carbon fiber used in racecars.

Hemp grows fast and it’s cheap, which should keep the Kestrel’s production price around $25,000. A prototype is nearly complete, Armstrong says, and Motive plans to have thousands of its hemp-mobiles on the road by 2012.