It doesn’t take a genius to figure out that driving while under the influence of alcohol is a bad idea.... 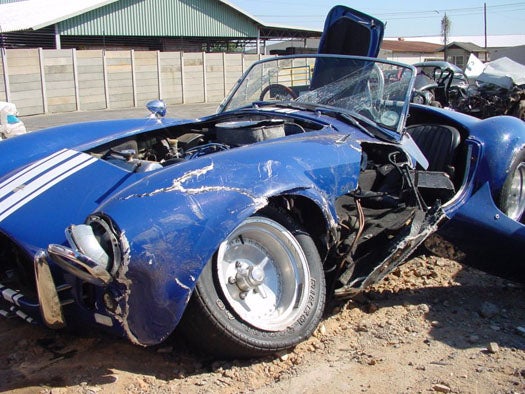 It doesn’t take a genius to figure out that driving while under the influence of alcohol is a bad idea. Of course, when under the influence of alcohol the tendency is to think you are a genius (also: good looking, charming, interesting, a qualified referee, good at billiards). So a new technology incubating with the backing of the U.S. Department of Transporation would install sensors in automobiles than unobtrusively test drivers’ blood alcohol contents each time they climb behind the wheel.

The Driver Alcohol Detection Systems for Safety, developed by Waltham, Mass.-based QinetiQ North America, would employ sensors that would test a drivers BAC either through his or her breath or skin. Sensitive breath sensors installed in the cabin could grab respiratory samples from the air to dial in a driver’s BAC, or strategically-placed sensors on the steering wheel and door locks could analyze a driver’s skin to get a BAC reading before allowing him or her to fire up the engine.

Both technologies are nascent, and government officials admit that neither technology would see a commercial rollout for another decade most likely. Even then, they wouldn’t be mandated. U.S. Transportation Secretary Ray LaHood attended a demonstration Friday at which he said the tech is envisioned as an option, not a mandate.

Which is good, considering the amount of backlash that such a requirement would likely incur. Even with an issue like drunk driving—which pretty much everyone agrees is universally bad—Americans are already touchy about government regulation of their autos, and layering an automotive regulation on top of what some would surely call blatant government intrusion is a recipe for public ire.

But the tech could also do some good by reminding some drivers that perhaps tonight is a taxi fare kind of night. There are 9,000 fatal alcohol-related crashes in the U.S. annually, and at least some of those could likely be prevented with a gentle technological nudge that requires drivers to stop and think about exactly how many they’ve tossed back.

Not to mention, if you can get outside of thinking about the technology as an affront on personal privacy, it’s a great example of the way our technologies are using software algorithms and sensor data to get to know us—and therefore serve us—better. No longer just input/output devices, everything from our smartphones to our Netflix queues to our inboxes are quietly learning our quirks and using them to help us make better decisions or make our lives more efficient. Eye-tracking tech already exists to ensure drivers aren’t falling asleep at the wheel, and this kind of tech is a logical next step in creating cars of the future that learn everything about us—including when we’re a little too tipsy to be safely navigate home.

Whether or not the tech can be successfully extrapolated to firearms, cell phones, credit cards, offshore gambling sites, Tumblr feeds, and other technologies that are hazardous to operate while inebriated remains to be seen.