"We have never had a fire in any production battery pack," CEO Elon Musk says. 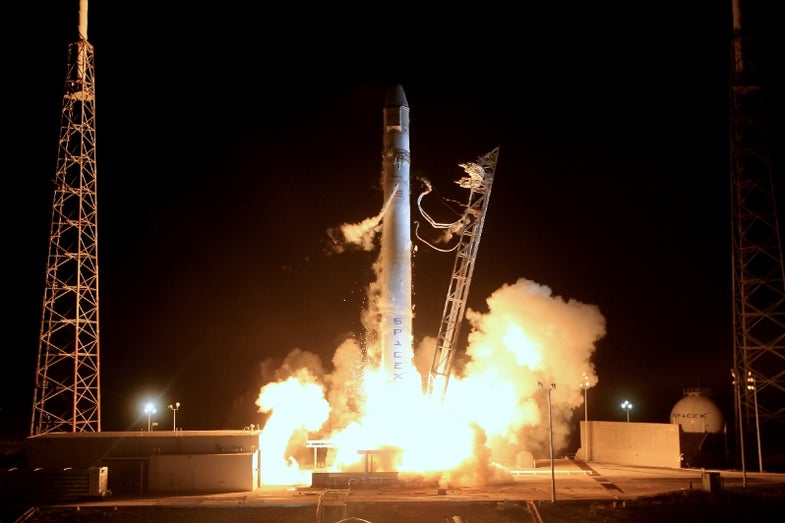 Battery woes may have grounded Boeing’s much-hyped 787 Dreamliner jets for now, but it’s not necessarily the power supply’s fault. Lithium ion battery packs can power rockets, spacecraft and dream cars–and Elon Musk, who builds all three, wants to help Boeing out. He’s been talking to Boeing about SpaceX battery packs, he said this week on Twitter.

“Desire to help Boeing is real & am corresponding w 787 chief engineer,” Musk wrote. He first raised the idea Jan. 18, when he told Boeing “Tesla & SpaceX are happy to help with the 787 lithium ion batteries.”

How generous of him, especially after he poked fun at Boeing in a magazine profile a few months ago. SpaceX and Tesla use lithium ion packs for its Falcon 9 rocket and Dragon spacecraft, and the Tesla Model S–the first all-electric car to be knighted Car of the Year–does too. They are lighter and more powerful than other battery types, but can pose safety hazards in some cases, as Boeing learned to its great and lasting chagrin this month.

The global fleet of 50 Dreamliners remains grounded after incidents on two separate planes involving smoke and fire and batteries. The U.S. National Transportation Safety Board is still investigating the incidents. Meanwhile, it remains to be seen whether the airline giant will listen to Musk.