The Chevy Volt Gets a Price Tag: $41,000 Before Tax Credit, First Deliveries in November

When the Chevy Volt concept first materialized a few years back, there were a lot of questions surrounding America’s first... 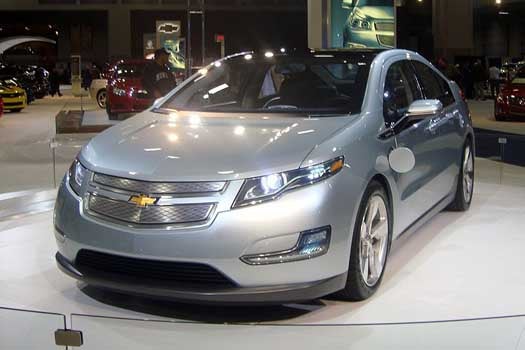 When the Chevy Volt concept first materialized a few years back, there were a lot of questions surrounding America’s first mass-market electric car. While answers to most of those questions dribbled out over the last few years, GM remained mum on one critical aspect: price. But today it’s official: the Chevy Volt will cost $41,000 before a $7,500 federal tax credit, and the cars will arrive in driveways later this year.

Only 600 dealerships in Chevy’s “launch markets” – California, Texas, New York, New Jersey, Connecticut, Michigan and Washington, D.C. – will start taking orders for the Volt today, thought the first cars won’t roll off the lot until November. But that hasn’t stopped the GM PR machine from swinging into action, calling this a “historic day.” We’ll see. The Volt has competition arriving later this year in the form of Nissan’s Leaf, a full-blown EV that gets 100 miles to the charge and costs just $25,280 after the tax credit, compared with $33,500 for the Volt.

But Volt has its selling points. Though it only gets 40 miles from a single charge on its 16-kilowatt-hour Li-ion battery, GM boasts that the Volt performs beyond the competition because it contains a gasoline engine that can assist the battery for another 300 miles, arguably a very clutch feature to include on a car that is supposed to bridge the technological gap between the carbon fuels of the present and the all-electric future.

Considering most Americans keep their daily driving under the 40-mile mark, that might not make such a huge difference. The price, however, probably will. Even after the tax credit the Volt is one of Chevy’s more expensive offerings, not too far shy of an entry-level luxury car. As the NYT points out today, while there are 52,464 people across the globe signed up for an unofficial waiting list at the non-GM-affiliated gm-volt.com, those people on average are looking to pay about $31, 400 for the car. Hopefully cost won’t end up as the Achilles heel of a seemingly good idea.