Modern technologies like GPS and cell signal triangulation have made the compass something of a novelty for most people simply... 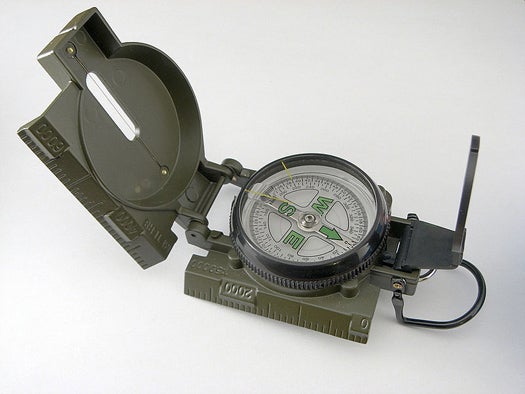 Modern technologies like GPS and cell signal triangulation have made the compass something of a novelty for most people simply trying to navigate their everyday lives. But super-sensitive compasses are necessary for many industrial and scientific applications, like oil and mineral exploration, seismology, or even maritime affairs (in emergencies, anyhow). So perhaps a highly accurate update to the good old metal-magnet compasses of yesteryear – one that employs temperature-controlled atoms and lasers beams – has perhaps been a long time coming.

Researchers at Harvard wanted a compass not only sensitive to the size of a magnetic field, but also its direction. Such compasses exist, but they’re not great; the quality of their readings can be inconsistent, making them more or less an accessory but not a primary tool in precision work. So the team went to work turning some old rules of physics into a precision compass that uses magnetically sensitive atoms to make extremely accurate measurements of magnetic fields.

The compass consists of a domino-sized chip filled with rubidium-87 atoms heated to exactly 113 degrees. These magnetically sensitive atoms orient themselves in certain ways when in the presence of a magnetic field. To measure their orientation, the researchers shot a beam of linearly polarized light through the atom cloud. By measuring the light that came out the other side, the compass can determine both size and direction of the field acting upon the atoms.

While not the only compass ever conceived using lasers and atoms, it is the most accurate, at least according to the Harvard team that fashioned it. In experiments, it measured fields with strengths ranging from values lower than the Earth’s magnetic field to those stronger than a small iron magnet. It minimizes interfering noise that can throw off a reading, and its low power needs are superior to previous laser compasses.

That’s not to say a laser-rubidium compass will be offered on the next iteration of the iPhone, but with some further experimentation and tweaking such instruments could go a long way toward improving the accuracy of geologic surveys, earthquake prediction, and oil discovery in the foreseeable future.