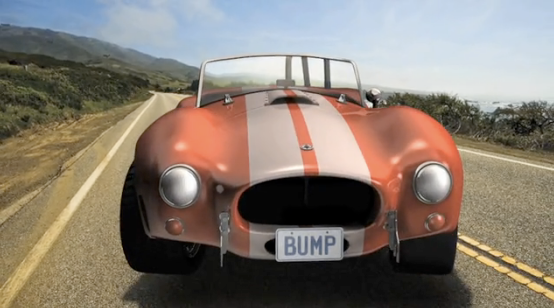 A new Web site and smartphone app connect license plates with an e-mail address, allowing businesses to track customers, drivers to connect with each other, and road rage to reach new heights. In doing so, Bump.com, which launched this week, throws open the doors of one of this country’s last private places: Your car.

The site aims to bring social media connectivity to the road, even for cars that don’t come with Wi-Fi. “We’re right next to each other on the highway, but we have no way to communicate, connect, and network,” as Bump’s Web site explains.

It works by connecting a car’s license plate with a Bump user account, which can then be connected to other social media sites like Facebook and Twitter. You can add your physical address and mobile phone number, too. License plates become an e-mail address @bump.com.

Initially, you’ll have to use an automated call-in service to specify a plate, but Technology Review reports that the goal is to use smartphone apps with image-recognition software, so you can simply snap a photo of the license plate you want to connect with.

The idea is to bridge communication to other drivers, for a variety of reasons: “One of the most important ways BUMPers use the service is to help each other out,” the Web site says. Through a voice-automated system, drivers can notify you that your car alarm is blinging, for instance, or that you left your lights on.

But this could also bring Web-style instant, anonymous personal nastiness to the road. For instance, did someone park too close to you? With Bump, you can quickly tell that SUV driver precisely where he can go next. The system also seems to enable stalker-y behavior, like this example from Bump’s how-to page: “So that cute guy just drove by and you think you just missed your only chance to talk to him. Thanks to BUMP, now you can contact him just by taking a picture of his license plate. What are you waiting for?”

The creators seem to have covered several other bases, such as the problem of someone falsely claiming your license plate. You can go to the car’s profile page, flag it and enter your VIN number, and Bump will sort out the details.

Users can set up privacy controls to reject or accept messages, receive messages only from people you choose, or cut off contact with anyone. Your cell number will not be released to other drivers, but will instead appear on their screens as your license plate number, according to the Web site.

For good or ill, with Bump, it seems we are not invisible inside our cars.