Shweeb first surfaced last summer as a gimmicky but eye-catching tourist attraction. It’s a monorail system in which the “cars”... 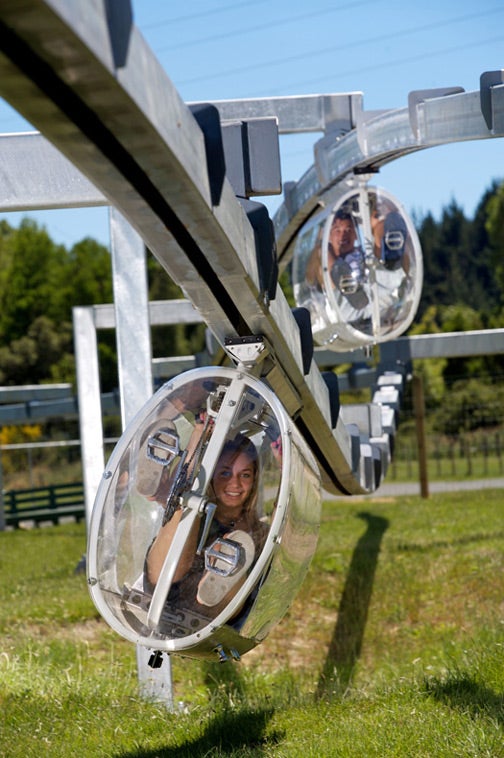 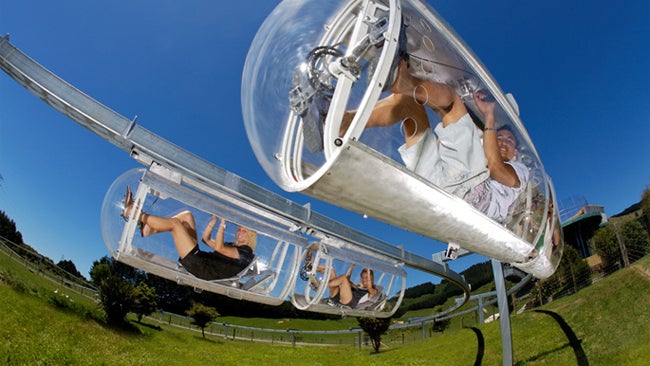 Shweeb first surfaced last summer as a gimmicky but eye-catching tourist attraction. It’s a monorail system in which the “cars” are clear plastic pedal-powered bubbles, hanging under the monorail. The cars, equipped with seven gears, supposedly travel very quickly, nearing 30 mph over short distances, as tracked on a 218-yard test track built at the company’s New Zealand headquarters.

Shweeb seemed destined to be a novelty, but, as the project just secured $1.05 million from Google, it might actually expand to a city near you. Shweeb placed in the top five at Google’s Project 10^100, an initiative/contest designed to reward innovations that help people. Shweeb’s ecologically-friendly and buzzworthy demonstration helped secure the grant, which the company says will be going to research and development for a showcase Shweeb system somewhere in the Northern Hemisphere.

Shweeb may not be practical for everyone or every city, but for some cities it might make both environmental and fiduciary sense. Compact cities like San Francisco or Boston could have Shweeb lines instead of open-air bus tours, or massive parks like Manhattan’s Central Park could avoid clogging up bike lanes with tourists by sticking them up in the air on a monorail. Hopefully the project really gets off the ground and actually gets installed somewhere–who wouldn’t want to pedal their way over a city in a little plastic bubble?