Urbee Is the First Car Made By a 3-D Printer

3-D printing has already resulted in advances in manufacturing (as well as tiny stop-motion animation), but now taking it one... 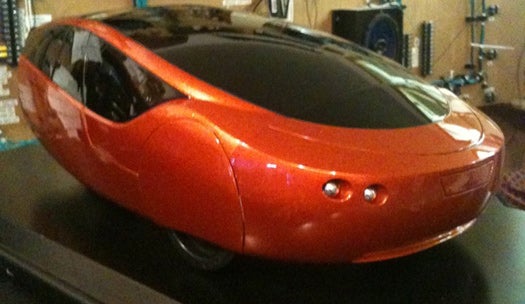 3-D printing has already resulted in advances in manufacturing (as well as tiny stop-motion animation), but now taking it one step further is the Urbee hybrid: the world’s first 3-D printed car, developed by Kor Ecologic and Stratasys.

The Urbee was created using Stratasys’ Dimension 3-D printers and Fortus 3-D Production System. The full-scale prototype is not yet complete, but all of the exterior components, including the glass, will be entirely printed by additive manufacturing – printing layer upon layer of material until you end up with a car in front of you.

It’s not a bad car, either. Urbee gets 200mpg on the highway, and 100mpg in the city. It can also be charged overnight using a standard electrical outlet, from wind power or from a small solar-panel array. Whether you’ll see one of these in your neighbors’ garage soon is dubious, but an unfinished full-scale prototype of Urbee (along with the 1/6 scale model seen above) is on display at the SEMA Show in Las Vegas this week.

Watch the incomplete prototype go on a test drive: