The MMR vaccine covers mumps and rubella, too. Are outbreaks of these next?

Measles is all we really have to worry about—for now. 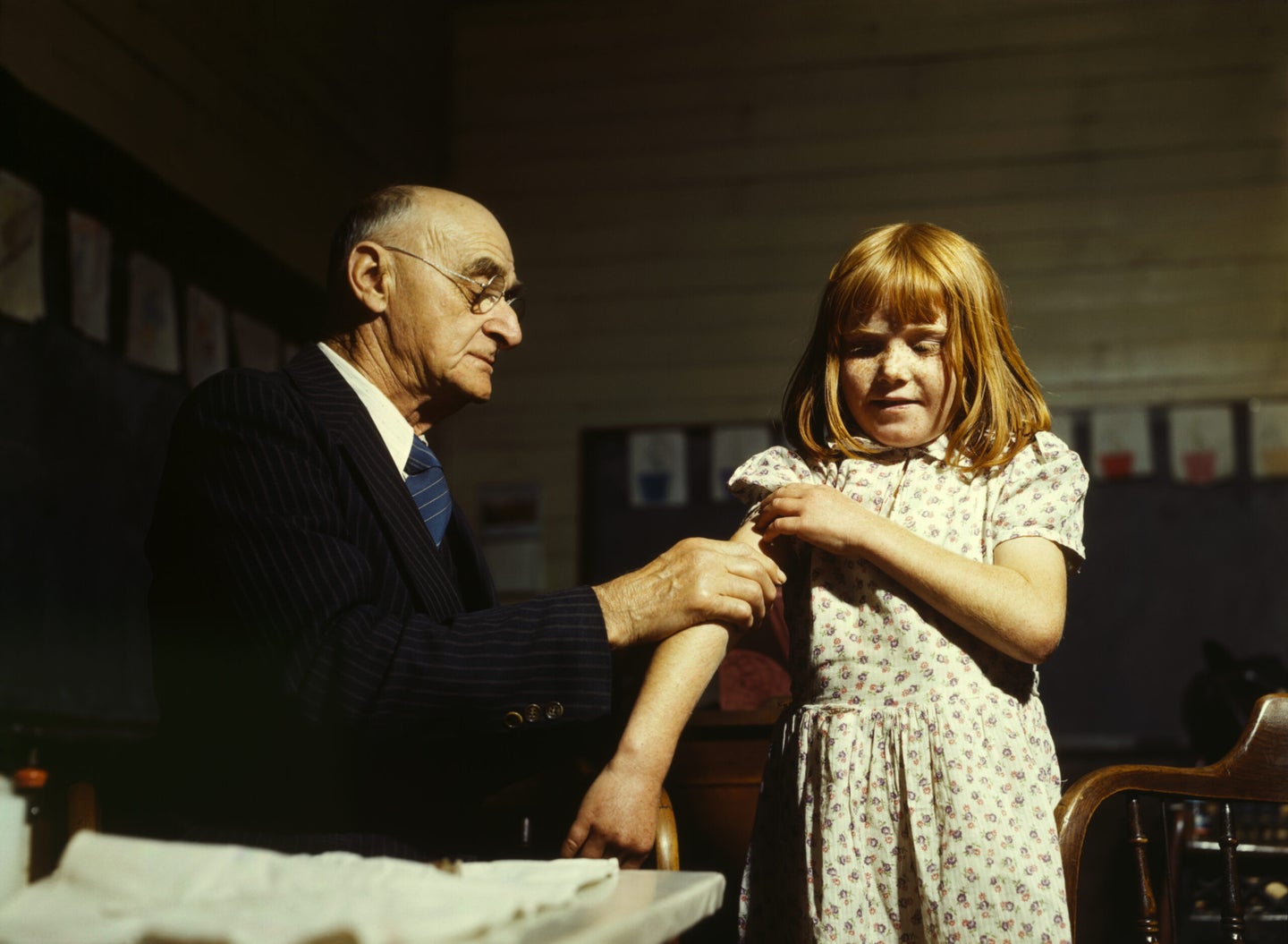 Even as parents literally rally to maintain the right to not vaccinate their kids, thousands of others are rushing to get the MMR shot in the midst of the measles outbreaks in Washington, Oregon, and Texas. Pockets of low vaccination rates have allowed these bursts of disease to emerge, but so far it’s really only measles we’re seeing.

Rubella made a brief appearance at an auto show in Detroit, and mumps has emerged in an ICE detention center in Houston. But those diseases aren’t spreading the way measles is, despite the fact that in the U.S. all three are combined into the MMR vaccine. In theory, immunity to these diseases should be equal. So why aren’t we seeing swaths of rubella in the news?

If a person with measles sneezed in a room, then left, and you walked in an hour later with no vaccination or immunity, you’d likely catch the virus. In a population of totally unimmunized people, every individual with measles would pass it on to roughly 12 to 18 people. That’s pretty darn infectious. Mumps and rubella aren’t quite so contagious; the Centers for Disease Control compares them to influenza on the contagion scale. Both diseases are spread through droplets in the air like measles, but either the virus doesn’t stick around as long or it’s not as effective at causing disease once inside the human body.

Information like this goes into the calculation that infectious disease researchers perform in order to figure out herd immunity thresholds. That’s how many people in a population need vaccinations to prevent transmission of the virus. The actual calculations involve a lot of complex modeling of how viruses move in a community, but eventually, they land on an estimation of R0. That’s the number of people someone with the disease will likely spread it to—for measles, it’s that 12 to 18 figure. To find your herd immunity threshold (and again, this is a simplification), you essentially subtract 1/R0 from 1. The resulting fraction is the fraction of people who need to get vaccinated. So for measles, we’d do something like 1-(1/18), which is 0.94 or 94 percent. You get the idea.

The R0 values for mumps and rubella are lower (there are a lot of estimates) mostly because they’re not as contagious. Around 85 to 90 percent vaccination is required for mumps, with a similar range for rubella. So far, the U.S. is holding steady above 90 percent vaccination rates for the MMR shot, which means measles is the only one for which we’ve dipped below the threshold.

We mentioned before that the calculations to determine the vaccine threshold are complicated. Part of what makes them complicated is that modeling how a virus moves through a population means making assumptions. Are the vaccinated people evenly distributed throughout, for instance, or are there areas with lower rates of immunity? So when we say that 95 percent of people need to be vaccinated in order to prevent the spread of measles, that’s just a general guideline. Even if 95 percent of the global population were immune to the measles virus, pockets of people with no immunity could allow the disease to spread. And, indeed, that’s exactly what’s happening in the Pacific Northwest, New York, and Texas.

On top of human populations not being perfectly randomized, our vaccines aren’t perfect either. Two shots of the MMR vaccine are 97 percent effective against measles, for instance, but only 88 percent effective against mumps. So in theory, if 100 people get the MMR shot, three of them could still get measles if exposed to the virus, and 12 could get mumps. Not everyone will respond ideally to the virus inside the vaccine. Some small outbreaks of mumps have occurred in fully vaccinated individuals due to low vaccine efficacy. (Waning immunity has also caused some outbreaks in places like Scotland). Rubella is a bit more complicated. One dose is 78 percent effective across a whole population, but some people get excellent immunity and others don’t. If you’re one of the non-responders, a second dose doesn’t seem to help you.

Two decades ago, the U.S. declared measles eliminated from the country. We were on our way to having virtually no cases—all instances of the disease came from international travel, and high vaccination rates at home meant they could quickly be contained. The fact that we are now heading toward another year of increasing measles cases suggests that we could be reversing the trend. There’s no reason to assume that mumps and rubella won’t make a resurgence if things continue in this direction.