How To Survive A Mosh Pit

This could get messy. 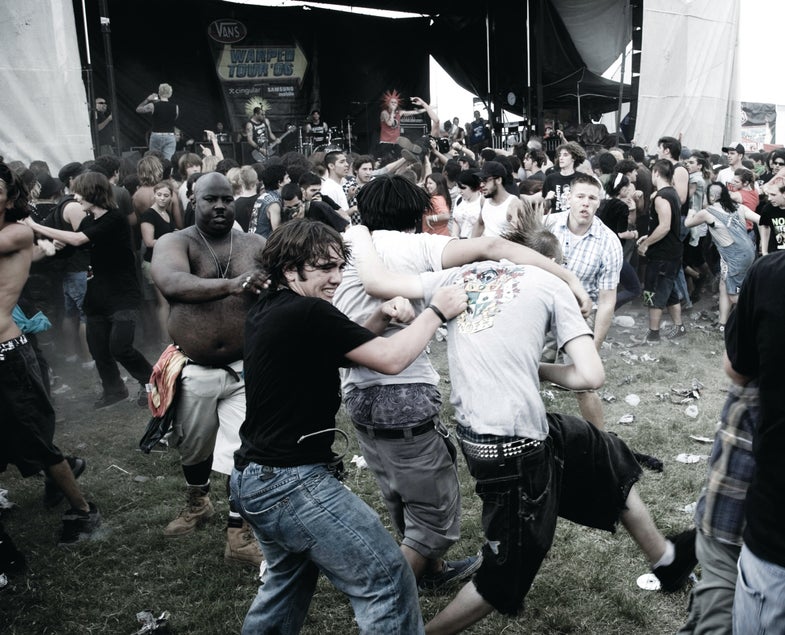 Physicists at Cornell University found that people in mosh pits behave strikingly similar to gas particles—meaning that the pits move in predictable patterns. We waded through the researchers’ paper to find a few concrete takeaways. Moshers, here’s how to avoid incurring too much bodily damage:

1) Wait a while before jumping in. The collective speed of the moshers typically spikes early on and then drops off steadily, following a Maxwell-Boltzmann distribution.

2) Once in the fray, make sure to avoid the middle, where a vortex-like “circle pit” can emerge as people collide and start running in the same direction.

3) When you’re ready to get out, don’t head directly toward the stage. That area will be tightly packed with bodies. Instead, exit stage left or stage right.