Why Is There No Pill For ‘Asian Glow’?

Plus, why Esquire's consequence-free drinking method sounds like total bunk. 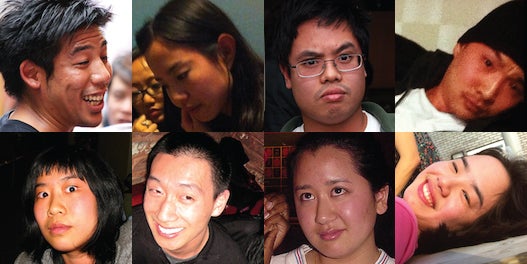 Between the two of us, my roommate and I have the, uhh, digestive problems that are more common in people of East Asian descent. She’s lactose intolerant. I get so-called “Asian glow” when I drink alcohol. But at least when my roommate is craving cheese, she can pop some Lactaid pills. Why can’t I take an Asian glow pill?

After all, both conditions stem from trouble with enzymes our bodies make. Like most people around the world, my roommate stopped producing the enzyme lactase as she got older. Lactase digests the milk sugar lactose, so without lactase, she gets bloating and cramps when she eats dairy products. Lactaid pills give her extra doses of lactase.

Meanwhile, my body produces an inefficient version of the enzyme aldehyde dehydrogenase (ALDH), which is the second of the two enzymes that people need to break down the ethanol in alcoholic drinks.

When ethanol enters the body, it first encounters alcohol dehydrogenase (ADH), which turns it into acetaldehyde. “Acetaldehyde is nasty stuff,” says Robert Swift, a physician and researcher who studies alcoholism at Brown University. “It’s like formaldehyde, which is embalming fluid. It destroys proteins. It destroys DNA.” In fact, scientists suspect acetaldehyde is behind nasty hangovers in all races.

Incidentally, this why that Esquire article on no-hangover binge drinking is total pseudoscience. The article advocates eating yeast, which contains dehydrogenase, to mitigate the ill effects of drinking. Even if the yeasties survive the journey into the human stomach, all they would do there is create more acetaldehyde… potentially so much there’s a backlog that aldehyde dehydrogenase can’t get to quickly enough. Giving yourself extra doses of alcohol dehydrogenase should make the effects of drinking worse, not better. Swift knows this intimately. He has a gene, common in some ethnic groups, such as Jews, that gives him over-active alcohol dehydrogenases. “I’ve had it measured,” he tells_ Popular Science_. His aldehyde dehydrogenases are normal, but they can’t keep up with his alcohol dehydrogenases. “You get a little bit of Asian flushing.”

“If somebody could do this,” Swift says, “somebody would make a million dollars.”

“If somebody could do this,” Swift says, “somebody would make a million dollars.” However, he quickly quashed my dreams by saying, “My sense is that people have tried, but nobody’s found anything.”

Even if I could hustle aldehyde dehydrogenase intact into my liver, it’s difficult to deliver enzymes into cells. “They’re big. They’re too big to get into cells,” Swift says.

Generations in the future, Swift says, it’s possible scientists will develop the technology to fix the inefficient aldehyde dehydrogenase gene. It remains to be seen whether this will be worth it, in terms of safety and price. My guess is, probably not.

After all, having inefficient aldehyde dehydrogenase is a mixed blessing. Some scientists think the reason people of East Asian ethnicity are less likely to have alcoholism is because the inefficient enzyme makes them less likely to drink as much. In fact, disulfiram, a medicine used to discourage alcoholics from drinking by giving them unpleasant side effects when they do drink, is an aldehyde dehydrogenase inhibitor. That’s right, doctors treat alcoholics by giving them really bad Asian glow.

One last tip: Once you feel the glow coming on, it’s probably best to listen to your body. There’s some evidence that those who drink despite their protesting enzymes have an increased risk for certain cancers. Remember, Asian glow—and, potentially, the ill effects of alcohol all races feel—come from a buildup of acetaldehyde, which is toxic.

“The best thing to do is not drink or drink in moderation,” Swift says. “People don’t want to hear that, but that’s the reality.”