Measles cases aren’t spiking, despite talk of an outbreak

2018 has been a pretty normal year for the measles, actually. 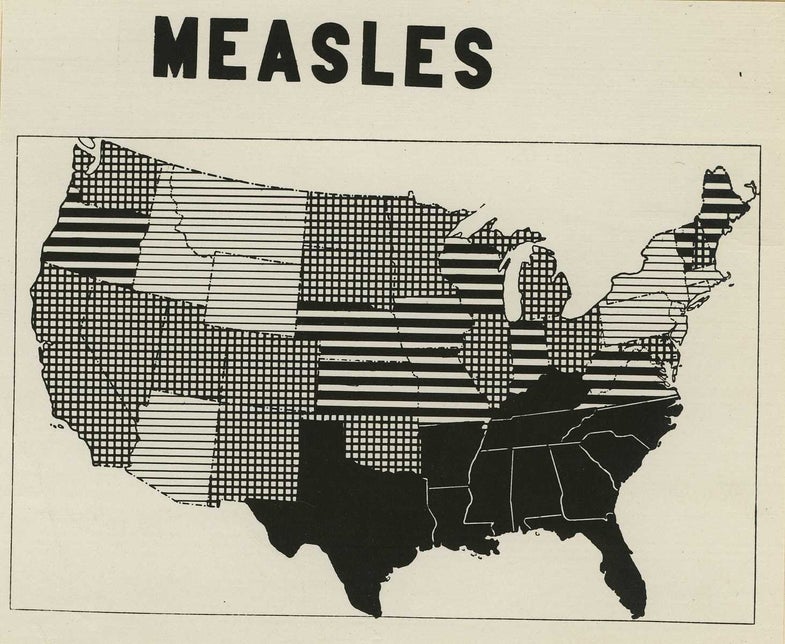 Multiple news outlets are reporting this week that there’s currently a measles outbreak of 107 people in 21 states. There’s just one problem: that’s not from one big outbreak. Even in 2018 when we have a highly effective vaccine, that’s a perfectly normal number of measles cases.

Kristen Nordlund, a representative for the Centers for Disease Control and Prevention (CDC), confirmed that “there isn’t one unified measles outbreak across the U.S.” Unfortunately, though, some of what the other news stations reported is true: According to the CDC’s up-to-date tally of the number of measles cases per year, 107 people across 21 states have come down with the measles. It might surprise you to hear that that’s not all that concerning to the CDC. Last year, 118 people across 15 states contracted the measures. In 2016, just 86 were infected.

According to the CDC, an outbreak is “a chain of transmission including 3 or more cases linked in time and space.” So, that does mean that throughout the country we’ve had a number of small, isolated outbreaks. But none of them have been found to be connected to one another. If 107 people across 21 states were all sick from a single outbreak, that might be far more concerning because it would suggest there could be much more spread. Some outbreaks happen in pockets of unvaccinated people who would all be at risk, for instance, while others spread via travel. The famous Disney World outbreak in 2015 was so troublesome for that reason. If people get infected in one place, then travel and spread measles to many other states, you’re broadening the pool of people who could potentially get infected. Most measles outbreaks are actually quite small. From 2009 through 2014, the median outbreak size was just 5 cases.

In 2017, for example, there was a large outbreak in the Somali-American community in Minnesota who were not getting vaccinated for unfounded concerns about autism. There was a similar outbreak in 2014 involving 383 cases, most of which were among unvaccinated Amish people in Ohio. The other major outbreaks that year (there were 23 in total, adding up to 667 total cases) seem to have come from the Philippines. Measles is relatively common in some parts of the world, and the Philippines happened to have a large outbreak at the time that likely got transferred by infected travelers coming into the U.S.

Overseas visitors commonly bring measles into the country. It happened in 2015 too, when someone became infected while abroad, then visited Disney World and spread it to many other park-goers.

Of course, these small outbreaks likely wouldn’t have happened if everyone were vaccinated. Outbreaks happen on devastating scales when communities lack herd immunity. Even though a vaccine doesn’t provide 100 percent protection, if enough people are sufficiently immune, the virus dies before it has the chance to spread rapidly through a population.

This is especially true for highly contagious viruses like the measles. In the case of the measles, a single person infects 90 percent of the people around them. To ensure herd immunity, the World Health Organization and other health bodies around the globe recommend that 95 percent of people be vaccinated.

Unfortunately, plenty of people still don’t get the measles vaccine (it’s part of the MMR, which also protects against mumps and rubella), and it’s these people who spread the disease. A 2017 report from the CDC analyzed 1,789 measles cases and found that nearly 70 percent of them were in people who were unvaccinated. That included 163 infants younger than 11 months who were too young to have gotten vaccinated but could have been protected with sufficient herd immunity. The report also found that the rate of measles outbreaks has been increasing over time. Out of 13 outbreaks with more than 20 cases, 10 had occurred after 2010. Europe is experiencing a similar rise. There was a 300 percent rise in measles cases in 2017, up from a record low the previous year.

These are preventable cases. But so far in 2018, we’re not on a great track.