There’s really no such thing as an average Bitcoin user. That’s according to Lui Smyth, a London-based Bitcoin researcher who... 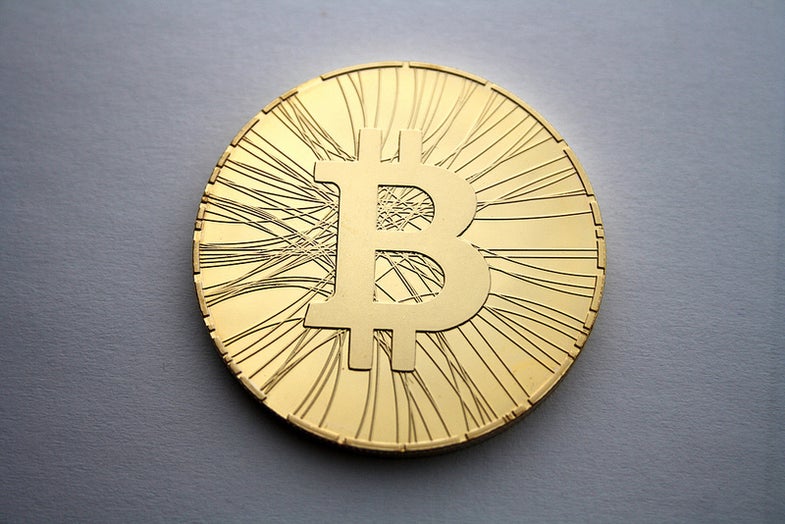 There’s really no such thing as an average Bitcoin user.

That’s according to Lui Smyth, a London-based Bitcoin researcher who surveyed more than 1,000 Bitcoin users last year to get a demographic picture of the community. (He’s doing another survey this year.)

Smyth found Bitcoin users are atheists and Buddhists, single and in relationships, libertarians and socialists, dope smokers and straight edge, and just about everything in between.

But here’s one striking statistic: more than 95 percent of them are male.

“The gender imbalance isn’t really a problem if we’re talking about a hobbyist group,” Smyth told me. “But if the Bitcoin community is planning to rewrite the financial rulebook, it is staking a claim for huge political and cultural power, and then it starts to matter.”

The women who are trading Bitcoins have noticed. Arianna Simpson is an account manager at Facebook who writes a blog about her Bitcoin experiences, and is an active advocate for women in cryptocurrency. Simpson says there’s an assumption that only experts in male-dominated fields like programming and cryptography can really understand Bitcoin well enough to delve into it.

“And that’s absolutely false,” she said in an email. “Both those groups are primarily male, however, which skews perception…. It can be an intimidating world, and I think resources that synthesize Bitcoin into terms that are comprehensible by non-technical people are crucial.”

That’s why Simpson is writing an ebook to encourage people who are interested in Bitcoin, but don’t really know where to begin.

“The Bitcoin ecosystem really needs women in order to thrive,” Simpson said. “In the U.S. alone, they control anywhere between $5 [trillion] and $15 trillion in annual spending power, which is huge. It would be a shame for both women and for Bitcoin not to leverage that potential.”

The women who already dabble in Bitcoin are interested in the currency for the same political and cultural reasons that men are. Many of the female respondents to Smyth’s survey said their favorite thing about Bitcoin is its decentralized nature and the ability to go around banks when using it. They also cited Bitcoin’s geeky, experimental, and game-like qualities as plusses. Some women are into Bitcoin because they think it’s going to change the world; others just think it’s cool.

“I feel like a hipster, liking Bitcoin when it’s not (yet?) widely known about,” a 25-year-old woman from Ohio said in her response to the survey.

Many women said they’re curious about observing and participating in the development stages of a promising new currency, and described their hope for Bitcoin’s wider impact on financial systems. “I feel like there is a sense of community and revolution happening,” said a 30-year-old woman from Canada.

“Also it puts power back into the hands of the people so we are not forced to support unwanted wars, bailouts and other crimes committed by governments and corporation giants,” said a 35-year-old woman from Virginia.

Women who participated in the survey reported being from United States (New Hampshire, Texas, and Florida were some of the states that came up repeatedly), as well as China, Israel, France, Australia, Sweden, Canada, Estonia, the Netherlands, the Philippines and elsewhere. Most of them were in their twenties, thirties, and forties.

The only woman who mentioned the Bitcoin gender imbalance said it was one of the things she liked best about the currency. The 29-year-old New Hampshire woman’s favorite part about Bitcoin: “The potential. Also, the hot smart dudes.” (You can comb through Smyth’s raw data here.)

So if women are drawn to Bitcoin for the same reasons that men are, why are there so few women involved? Smyth says the imbalance was something he expected, and he sees it as part of a larger problem of underrepresentation of women across society.

“It was never surprising,” he said of the Bitcoin gender gap in a phone interview. “The first time I attended a Bitcoin event, it was always noticeable. Women were conspicuously absent. But that’s true of lots of things — it’s true of lots of academic conferences.”

At the same time, Smyth says he’s noticed that many of the women who are active players in the Bitcoin community often make their gender a key part of their identities.

“There’s a few core women within Bitcoin and one thing you notice is that a lot of them have gendered identities — the Bitcoin wife, the Bitcoin belle, the Bitcoin queen — their names are partly constructed around their [gender] identity in the Bitcoin community.”

And that’s a good thing, Smyth says, because it signals change. But that change raises a host of new questions about how Bitcoin is evolving.

“Even though the community demographic has evolved in the last few years, the dynamics of the rising BTC value mean that each wave of new blood enters the ecosystem at a less privileged position than earlier adopters,” he said. “In this sense, the gender question touches on arguably a far bigger question for Bitcoin, the privileged role of early adopters.”

Ultimately, the Bitcoin gender gap is “essentially a nexus of the tech gender gap, the finance gender gap, and the libertarian gender gap,” Smyth says. In other words, as with many areas of gender inequality, a desire for change on a smaller scale highlights the need for change at institutional levels.

In the meantime, the future of Bitcoin is uncertain. The recent demise of Bitcoin exchange Mt. Gox appears to mean hundreds of millions of dollars in losses for users who traded there. And at the same time, there are more than 100 other cryptocurrencies emerging. (Think: Dogecoin, Coinye, etc.)

Whatever the future of finance holds, it’s essential that women have a stake in it.