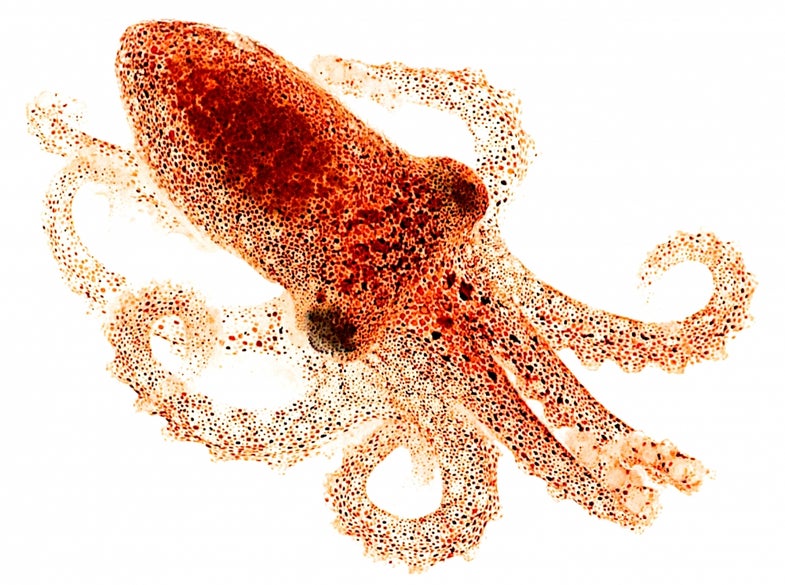 They may not be able to see details, but it turns out that some cephalopods’ skin contains proteins called opsins that are sensitive to light. A new study in the Journal of Evolutionary Biology found that the skin of the California two-spot octopus changed color in response to light–even when it wasn’t connected to the rest of the octopus. The researchers took a tissue sample from the octopus and exposed it to different lights, watching as the chromatophores, or color spots that allow the octopus to change color, expanded and contracted when exposed to light.

“Octopus skin doesn’t sense light in the same amount of detail as the animal does when it uses its eyes and brain,” lead author Desmond Ramirez said in a press release “But it can sense an increase or change in light. Its skin is not detecting contrast and edge but rather brightness.”

The research shows that octopuses’ amazing ability to camouflage might be less cerebral than originally thought. Instead of needing to send a signal to the brain, octopus skin cuts out the middleman, and changes on its own.

Cephalopods also change their spots in response to other stimuli, including electricity. Watch a close up version of chromatophores dancing to electrical impulses in the video below.