When You Smell Fish, You Think More Critically

Something smells fishy about this 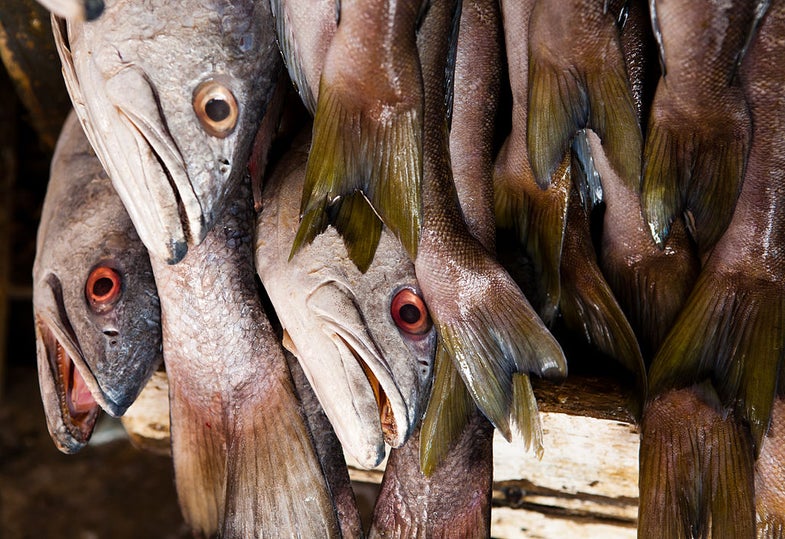 Even if you like fish, you’re probably wary of that fishy smell. Previous studies have shown that the smell of fish makes people more suspicious. But a new study, published this month in the Journal of Experimental Social Psychology, shows that this skepticism may have another implicit effect, providing a boost to people’s critical thinking skills.

In the study, the researchers asked each participant to answer questions in one of two booths. Right before the participants arrived, the researchers spritzed one of the booths with fish oil (there’s a reason that scent never caught on with air fresheners). Once the questioning began, the researchers paid special attention to how participants answered one particular query: “How many animals of each kind did Moses take on the Ark?” Past studies have shown that, even if people know that Noah was the one to bring animals on the Ark in the Bible, they will answer “two”—a phenomenon called the Moses Illusion in which participants aren’t thinking critically.

The researchers found that the fishy smell helped the participants catch the error more often; 13 of the 31 in the stinky booth detected something amiss with the Moses question, while only 5 of the 30 questioned in the non-stinky booth questioned it.

People’s skepticism in the presence of that fishy odor might come down to biological hardwiring, the researchers hypothesize. Our ancestors who ate rotten fish would have gotten very sick and might not have had the opportunity to procreate, so having a good nose—and paying attention when something seemed off—would have been evolutionarily advantageous. 20 languages worldwide share phrases indicating the smell of rotting food to indicate suspicion. In the future, the researchers hope to decode what these unsavory smells (and their colloquialisms) mean for critical thinking across different cultures.