Succeeding once or twice on a longshot doesn't make someone a savant. Overall, that person's predictions will probably be less accurate than average. 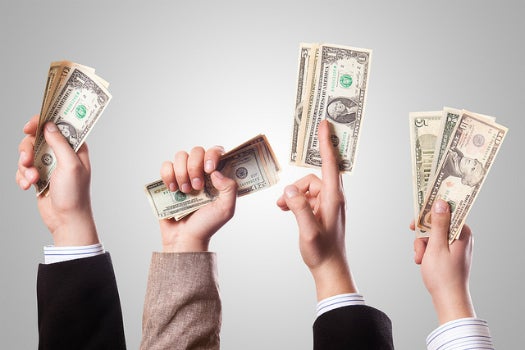 If a person made a smart business decision that was counterintuitive, you might look through the bars of his or her gated home as that person backstroked through a pool of gold coins and think, “Wow! That person has good business sense.” You would almost certainly be wrong, though, weirdo, because a new study has found that people who strike it big on one or two unlikely scenarios still end up making fewer correct predictions in the long run.

A team of researchers went through a three-year backlog of experts’ quarterly forecasts for interest rates and inflation, published in the Wall Street Journal. The experts whose predictions were right when most other predictions were wrong turned out to make more inaccurate predictions over time than people regularly making the “safe” bets. That means some people got lucky when making a bad decision, and were probably hailed as savants for it, even though their predictions were less accurate on average.

It’s obvious once you really think it through, but both real-world and lab results show that while people who hit it big going against the grain are the ones we turn to for wisdom on future events, overall they tend to be bad at making forecasts. People who have decent but not exceptional performance with predictions are the ones with the most to offer us.

Mostly, yes. We tend to admire these people because we remember that they hit and no one else did—they separated themselves from the pack, and it worked out. But the very traits that lead them to make these out-of-sync predictions—their particular set of knowledge, their worldview, their personality, their tolerance for risk and for being nonconformist—usually also lead to misses.

So just remember, kids: be successful but just not too successful.