What’s the Deal with Paranormal Ectoplasm?

Short answer: It’s spiritualist bunk that reflected the science of its time 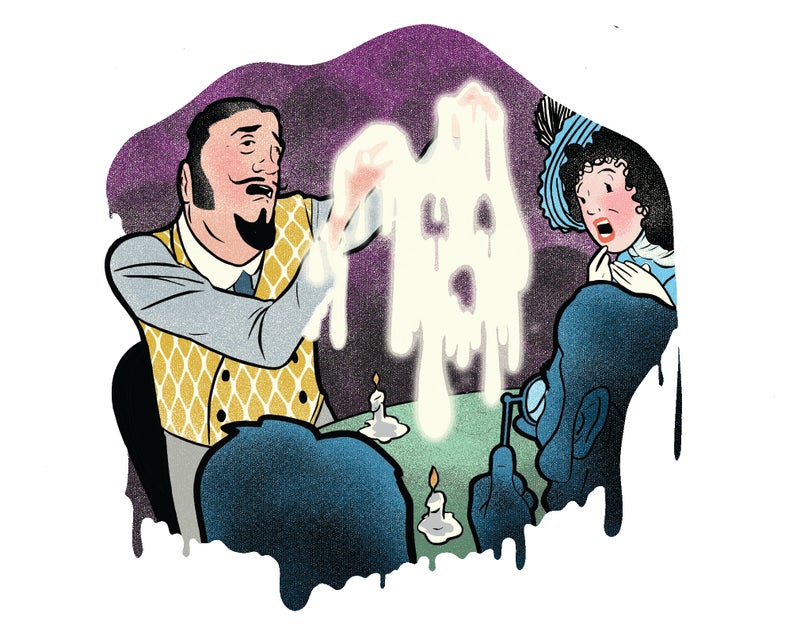 Nineteenth-century physiologist Charles Richet first used the term ectoplasm to describe a strange material that seemed to flow from spiritual mediums during a séance. Doughy strings appeared to ooze from their bodies and assemble into ghostly faces or disembodied limbs.

Of course, these ectoplasms were a parlor trick. Mediums used sleights of hand to present gauze and animal parts as spiritual pheno­mena. As silly as this now seems, many intellectuals of the time found the shows convincing, including Richet, who won a Nobel Prize for his pioneering work on anaphylaxis. “Richet was no dummy,” says Robert Brain, a historian of science at the University of British Columbia. Yet Richet was dogged in his studies of paranormal ectoplasm. “What made ectoplasm seem plausible to otherwise rational, clear-headed scientists?” Brain asks. “There had to be an underlying logic to it.”

He’s right. By the mid-1800s, scientists had discovered a gelatinous substance or “plasm” inside plant and animal cells, which they believed to be the basis for all life on Earth. “Biologists were actively interested in protoplasm for 100 years,” Brain says. The concept was mainstream.

With this in mind, it might not have seemed so strange for the body to extrude plasm under exceptional circumstances. Or for that external protoplasm–called ectoplasm–to change form. Eventually modern molecular biology revealed that heredity is stored not in the vibrations of a cell’s jiggly plasm but in the acids of its nucleus. At that point, “protoplasm became an embarrassment to biology,” Brain says.