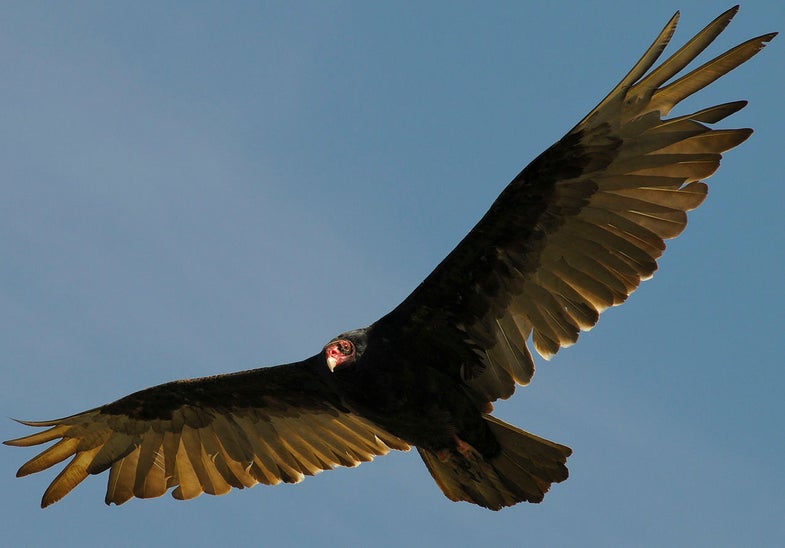 There are things beyond human perception. Beyond that, we have to rely on tools to understand the world around us. It’s why we use infrared cameras to look for heat far away, or employ bomb-sniffing dogs to check for hidden drugs. And it’s why, when it comes to natural gas leaks, we might just turn to turkey vultures circling overhead, their avian senses finely attuned to an otherwise imperceptible danger.

Let me back this up. In October, a leak in an underground pipe north of Los Angeles started spewing methane into the air above the city. Methane is an extremely potent greenhouse gas, and it’s troubling even when released naturally from seafloors. It’s less studied than carbon dioxide, though that’s changing, and scientists are working on new storage solutions. The California leak is from a storage facility, which means the normally odorless gas has had an odorant added to alert humans of its presence.

The smell is described as “”rotten-egg,” “garlicky,” or “skunk-like”” by the Los Angeles County Public Health Department, which further clarified in a fact sheet that the gas:

That’s not pleasant for anyone involved, and there has to be a better way than nausea for humans to find out there’s a leak going on. The putrid smell, it seems, has a secondary role. What’s gross to humans is enticing to turkey vultures.

As Geoff Manaugh writes at BLDGBLOG, this was deliberate.

Thus, Manaugh concludes, we have the strange weirdness of a natural gas artificially given the scent of death. Perhaps, if one sees turkey vultures circling overhead and cannot see any animal corpses nearby, the rotten flesh they’re looking for instead is that of our overheating world itself.

If, instead, we want to rely on cameras and not vultures to see the gas, that methane leak looks like a damned chimney in infrared: