A Map Of Lightning Strikes Around the World 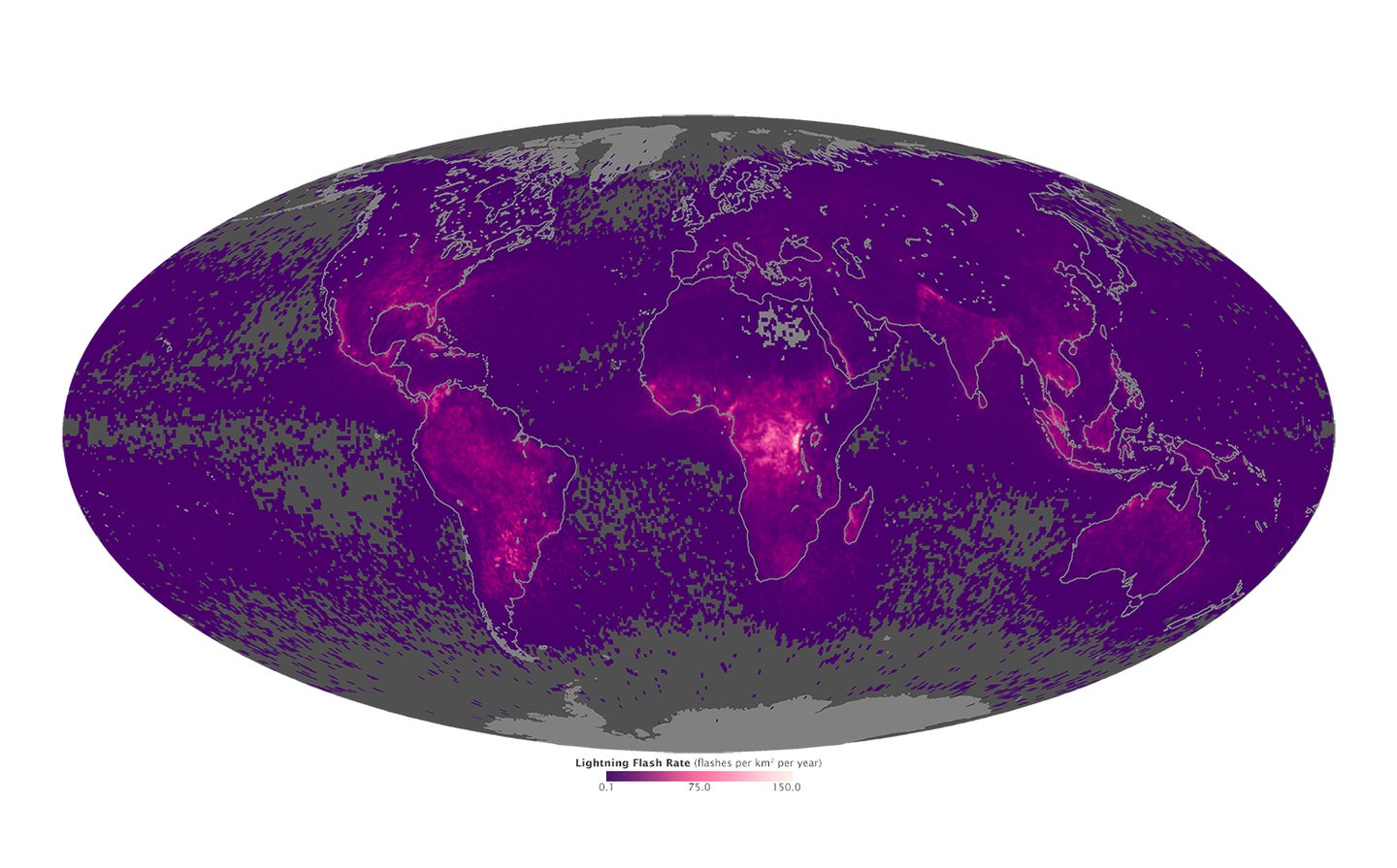 Lightning strikes are one of those dangerous natural occurrences that happen all over the world, spawning myths and adding a bit of atmospheric flair to movies and ghost stories.

But there are definitely some places where lightning strikes more often than others. The map above was created using nearly 20 years of data from two satellites, which recorded lightning flashes from 1995 to 2013. The map looks at the average number of strikes per square kilometer. Areas with low amounts of lightning are colored purple and areas with higher amounts are in pink.

The countries with the most frequent lightning strikes are Venezuela and the Democratic Republic of the Congo. If you want to avoid lightning, try going somewhere in the middle of an ocean towards either one of the poles. Because lightning tends to strike on land and closer to the equator, you’ll have a better chance of eluding the strikes (though you might get cold … or seasick).

Lightning tends to occur mostly on land near the equator because that’s where the heat is. Lightning-generating storms tend to develop in areas where there is a large difference in temperature between lower levels of the atmosphere and layers further up. Land heats up more quickly than the ocean (just think about the difference between a swimming pool and the sidewalk on a hot day) and areas near the equator get more sun than the poles.

The researchers who put together this map are part of a NASA-affiliated group called the Lightning Team which sounds like a rapid-response superhero group. Their next mission is to put more lightning sensors in space, on the ISS and in geostationary orbit, to monitor storms around the world.