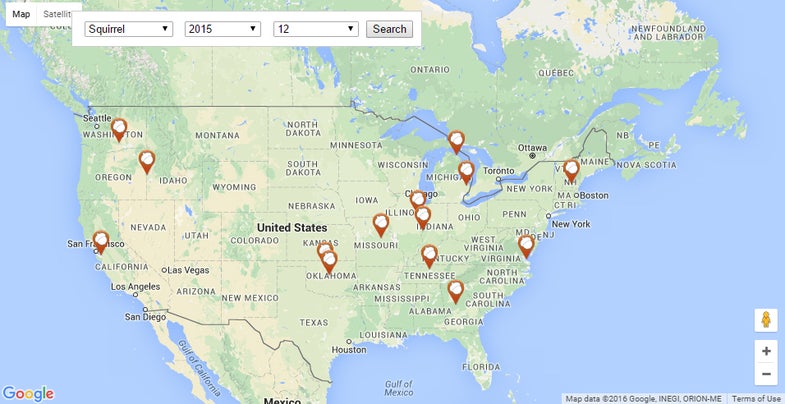 Every squirrel-caused power outage in the United States in December 2015. Screenshot by author, from Cyber Squirrel
SHARE 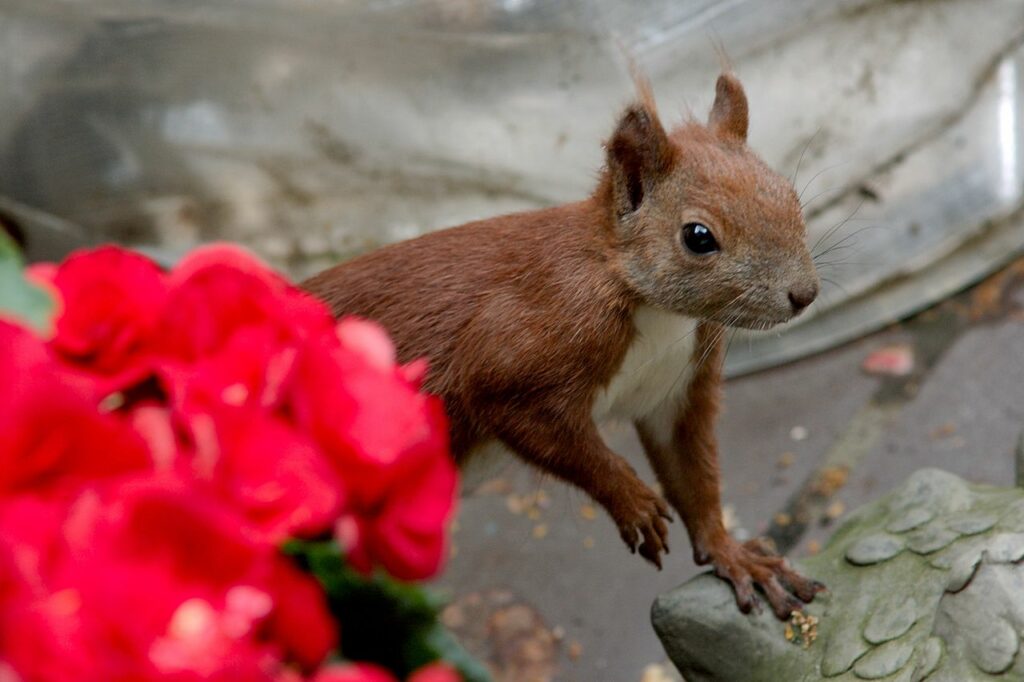 Look at this squirrel plotting something. Probably cyber terrorism.

On January 2nd, the power went out on the Lloyd Expressway, near Evansville, Indiana. The outage lasted 45 minutes, with a transformer damaged and stop lights turned off. The culprit? A squirrel.

The attack is just one of the latest tracked by the semi-satirical Cyber Squirrel 1 map. “This map”, according to its About section, “lists all unclassified Cyber Squirrel Operations that have been released to the public that we have been able to confirm. There are many more executed ops than displayed on this map however, those ops remain classified.” Based on data from a Twitter account dating back to at least March 2014, the map has been around since at least September 2015. It tracks power outages caused by squirrels, birds, raccoons, snakes, rats, beavers, and monkeys, as well as nations like China, Russia, and the United States. If there is a cyber war happening, it’s one fought between humanity and nature, not nations against each other. 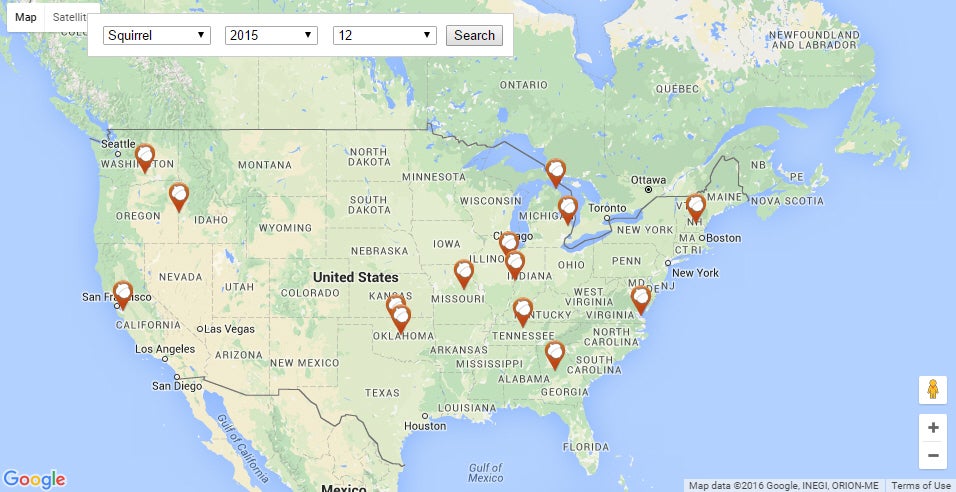 This is hardly the first attempt to use squirrels as a metaphor for exaggerated fears about cyber war. Before he was comparing the risk to planes from drones relative to turtles, Eli Dourado, an economist and technologist at the libertarian Mercatus Center, made a similar point about squirrels and power outages.

Like the Cyber Squirrel map, the argument reveals itself merely by the data points selected. Natural causes get in the way of technology a lot. Even successful cyber attacks, like the one that took out power in part of Ukraine last month, can so far only replicate damage that animals might do anyway.