Where Does The Moon’s Smell Come From?

No, it's not from the cheese. 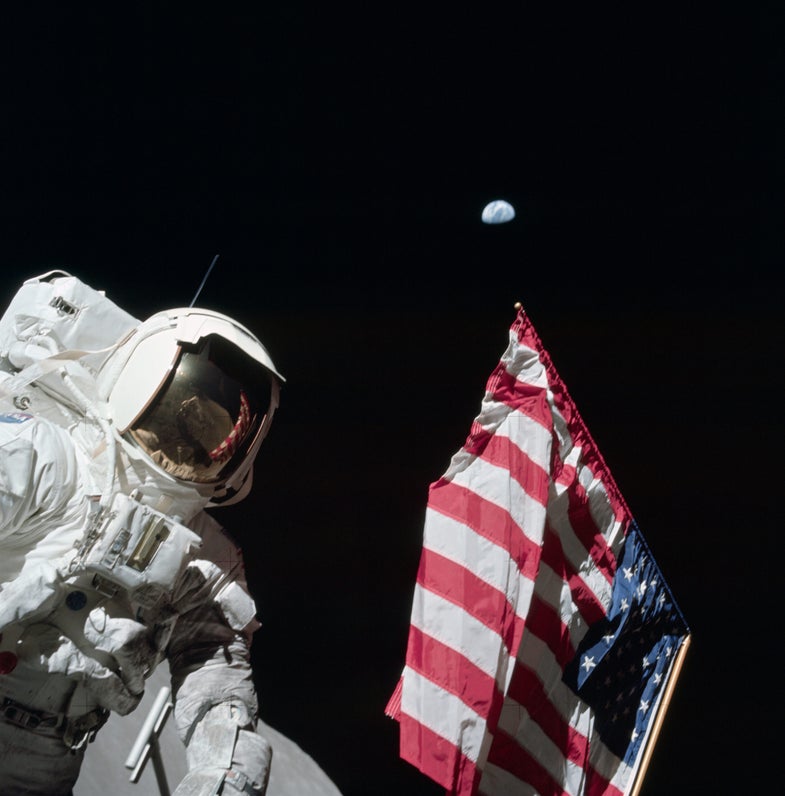 In 1969, mankind got its first few whiffs of the lunar surface after astronauts tracked moon dust into the Apollo lander.

In an article on Space.com, Apollo 17 astronaut Harrison “Jack” Schmitt describes the Moon’s scent as being similar to spent gunpowder. Buzz Aldrin of Apollo 11 says it smells like charcoal, or fireplace ashes sprinkled with water. And scientist Larry Taylor, director of the Planetary Geosciences Institute at the University of Tennessee in Knoxville, thinks he knows where the lunar regolith — the layer of dust, sand, and rock on the Moon’s surface — derives its scorched aroma: the broken electron bonds between atoms. Columnist Leonard David explains:

Apparently the rest of space smells like a Nascar race for similar reasons.

For a more detailed account of astronauts’ first encounters with moon dust (including the fact that they were worried it might explode inside the cabin), check out the Space.com article.