Watch live commentary of the spacecrafts' demise later this afternoon. 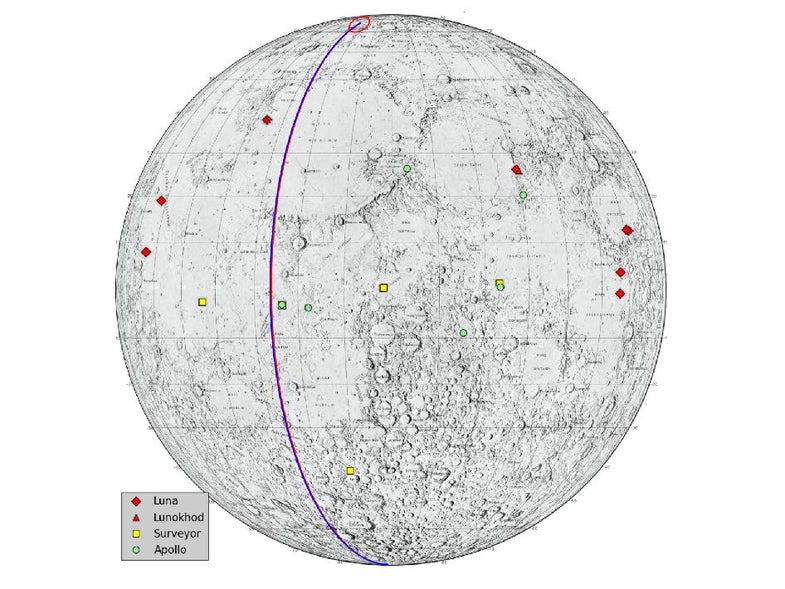 Last time the Jet Propulsion Laboratory provided live spacecraft commentary, it was for the white-knuckle landing of the Mars rover Curiosity. Today’s will be somewhat less exciting–the demise of the twin lunar probes known as Ebb and Flow.

NASA’s moon twins, washing-machine sized spacecraft that arrived at the moon over New Year’s 2012, are going down later today. The spacecraft fired their engines over the weekend to alter their orbits and aim for an unnamed mountain-like structure near the moon’s north pole. They are scheduled to crash at 2:28 p.m. Pacific time, or 5:28 p.m. EST. You can watch live commentary on NASA TV or on JPL’s Ustream feed.

Navigators on the GRAIL team wanted to rule out the remote possibility that either of the probes would crash near a lunar heritage site. They tweaked the probes’ trajectories to impact in a lonely site near the moon’s north pole, far from any Apollo or Soviet landers. NASA’s moon history is in the spotlight lately because of new missions planned there; the space agency doesn’t want any of its historic artifacts interfered with. Along with the historic preservation motivations, there are scientific reasons for this–there are some trash bags and other waste astronauts left behind, and it might be useful to study those someday to see how any microbes may have fared on the freezing, barren lunar surface. New landings could stir up moon dust and interfere with those measurements.

The GRAIL mission, which stands for Gravity Recovery and Interior Laboratory, set out to map the moon’s gravitational fields at the highest resolution ever. This information provides clues about the moon’s interior composition and structure. The spacecraft did it by flying in tandem around the moon, and measuring tiny changes in the distance between them that were caused by varying gravitational pulls.

You can read more about the mission here. 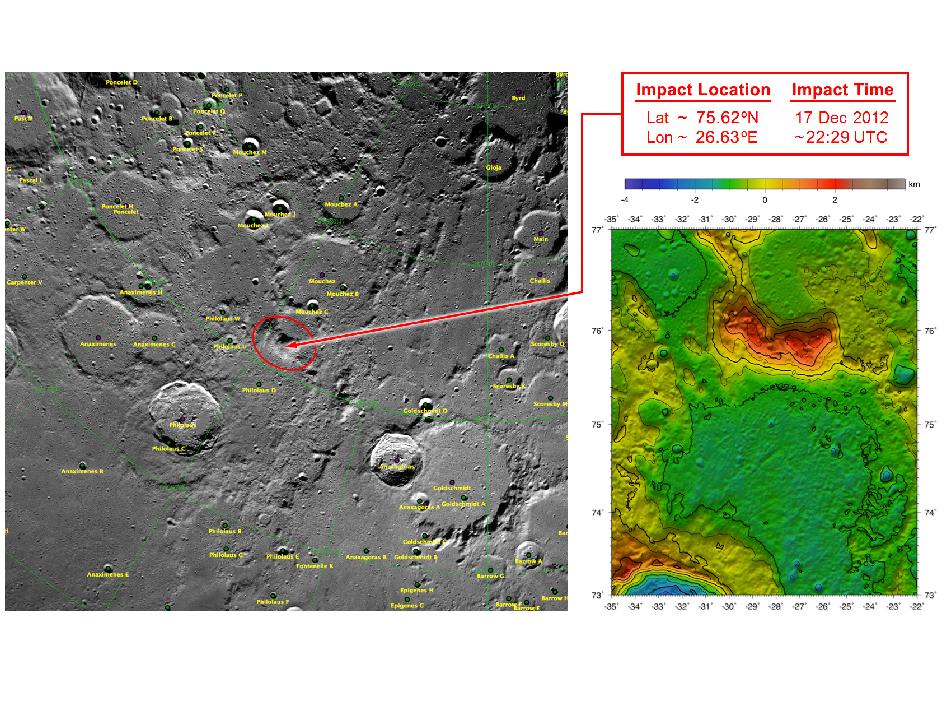 These maps of Earth’s moon highlight the region where the twin spacecraft of NASA’s Gravity Recovery and Interior Laboratory (GRAIL) mission will impact on Dec. 17.
Moons
NASA
Solar System
Space