Throwback Thursday: A 200-Story ‘Airport Skyscraper’, The Poochmobile, And This Dangerous Ice Machine 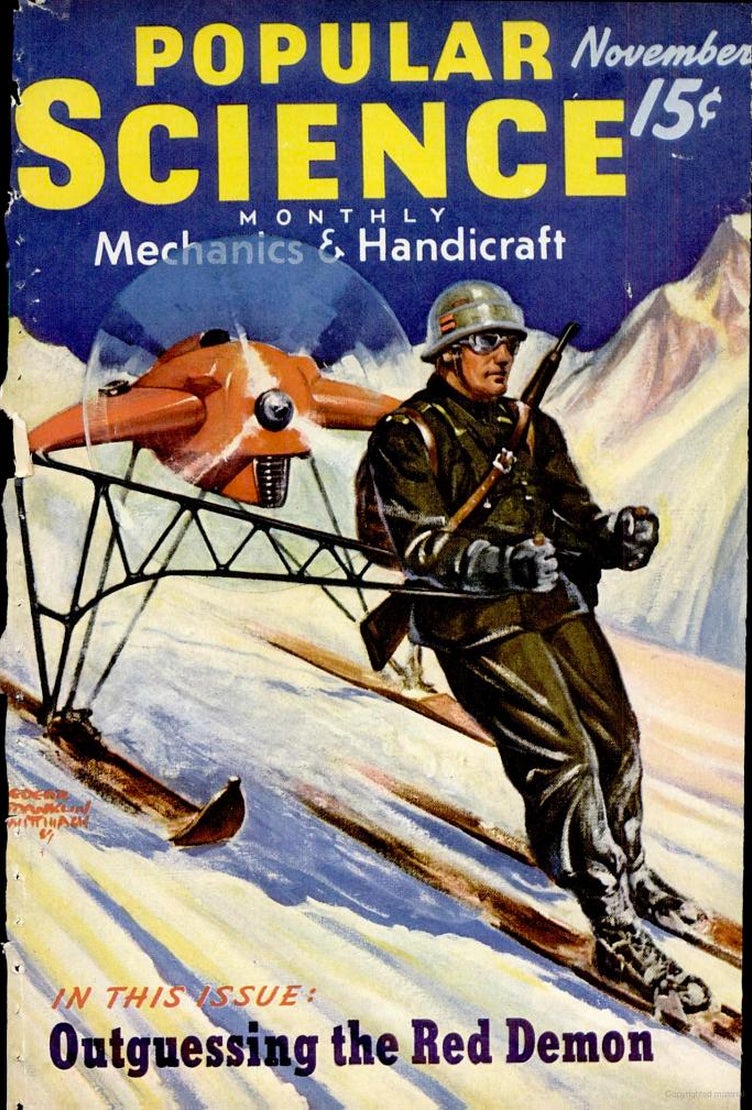 Each week at Popular Science we have the pleasure of taking a headfirst dive into our archives to discover the world and its future through the eyes of our long-past reporters. This week we turned back the dials 75 years and stumbled across a doozy of an issue from November 1939. Happy Throwback Thursday!

We Plopped Down A 200-Story ‘Airport Skyscraper’ In Midtown 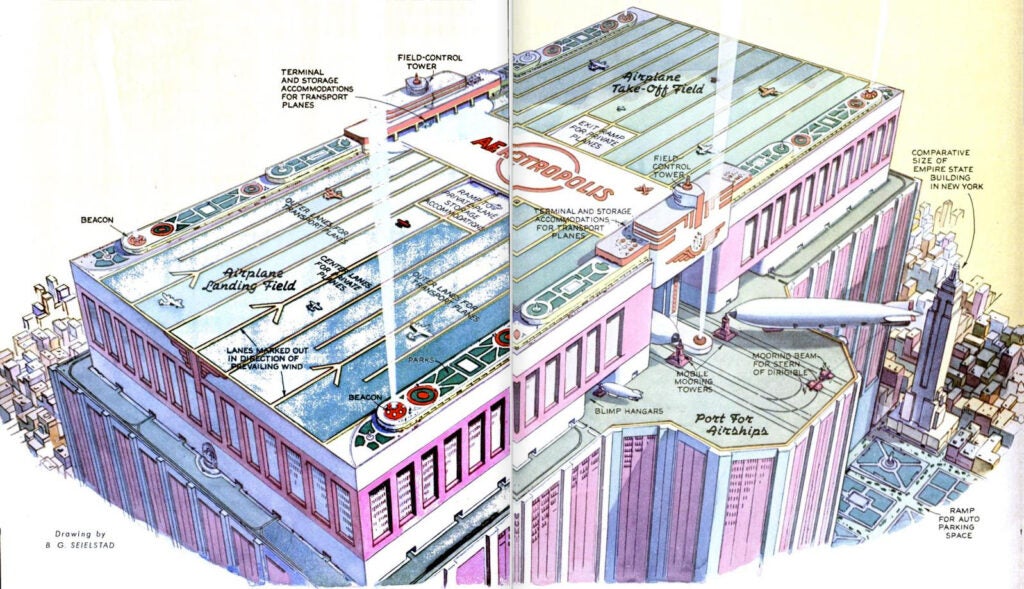 1939 was a heady time in America. As the rest of the world careened into war, the U.S. was barrelling out of the Great Depression into a New Deal-fueled industrial megaboom. Skyscrapers sprung up all over the country during this era, and airships ruled the skies. So it makes perfect sense then that we took New York commerical artist Nicholas DiSantis’ idea for a supertall airport seriously. Here’s how it would have worked:

Why the building needed to be 200 stories tall instead of, say, two, remains unclear. But DiSantis apparently spent five years researching the project so we defer to his judgement.

(And, yes, that is the Empire State Building in the bottom right for scale.)

Planting Stars And Stripes In The Antarctic 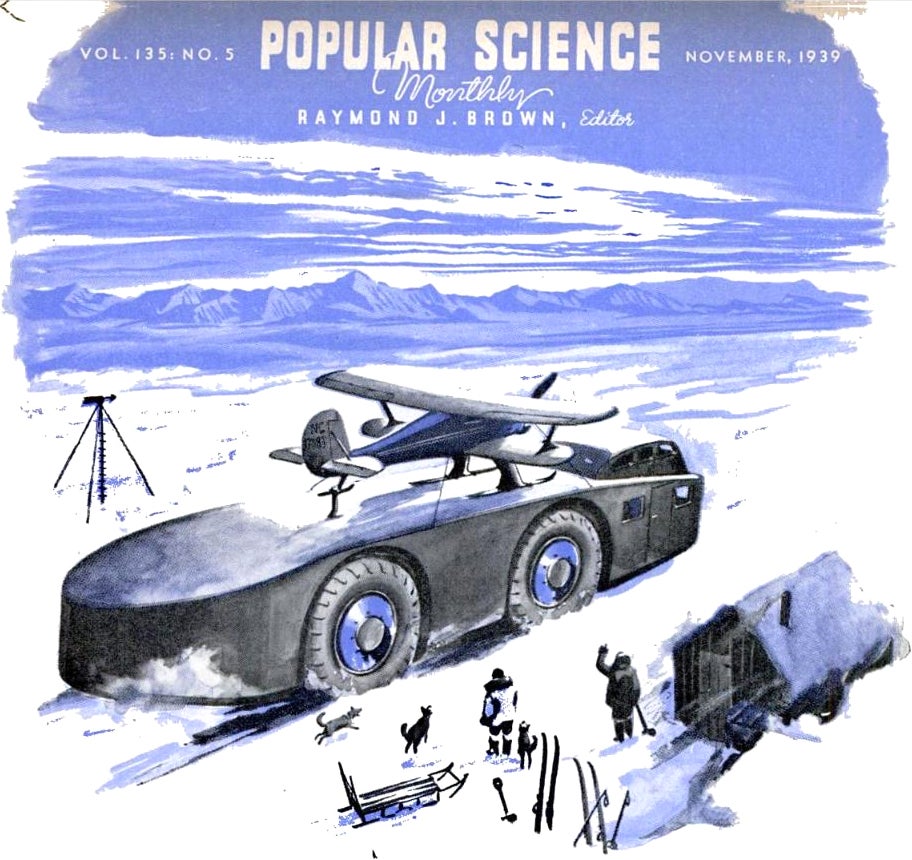 The 30s also saw a push to divvy up the Antarctic among world powers. The U.S. decided it was time to “take possession, by actual occupation” of land claimed for Old Glory by American explorers in the nineteenth century. The means to that manifestly destined end, apparently, was the powerful “snow cruiser” proposal pictured above.

Perhaps the wildest part of this flight of land-grabbing fancy was that it actually got built — though whether it managed to traverse 15-foot crevasses as its designers claimed is unclear. You can see it in action in the video below:

Unfortunately, as you can see in the video, this machine turned out to be a bit unwieldy in practice, according to a 1980 article in Wings magazine. When first unloaded on the icy continent, the cruiser wouldn’t move at all. The crew discovered it worked better driven backward, but eventually they abandoned the monstrosity to the elements. It’s been rediscovered once or twice over the years, but now lies buried in a very cold grave. 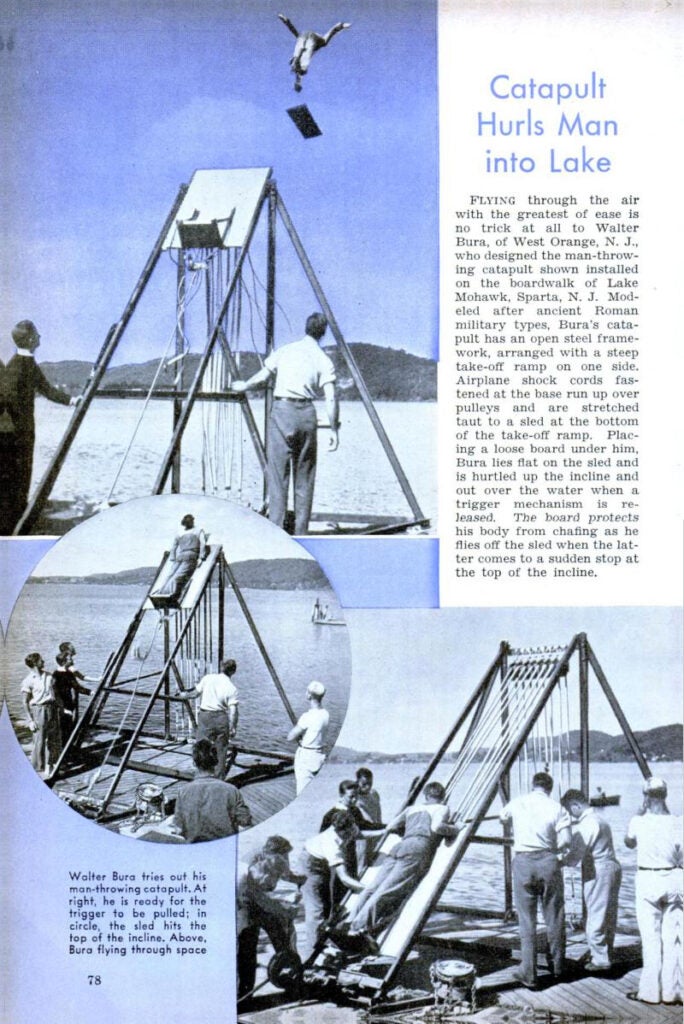 While we think this was a great idea, we’re obligated to tell you not to try it at home.

(Note the man in the canoe directly in the line of fire.)

It turns out, the field of human-catapulting lives on — or at least it did in 2013 in the form of this air-powered behemoth designed to launch base jumpers off a West Virginia bridge: 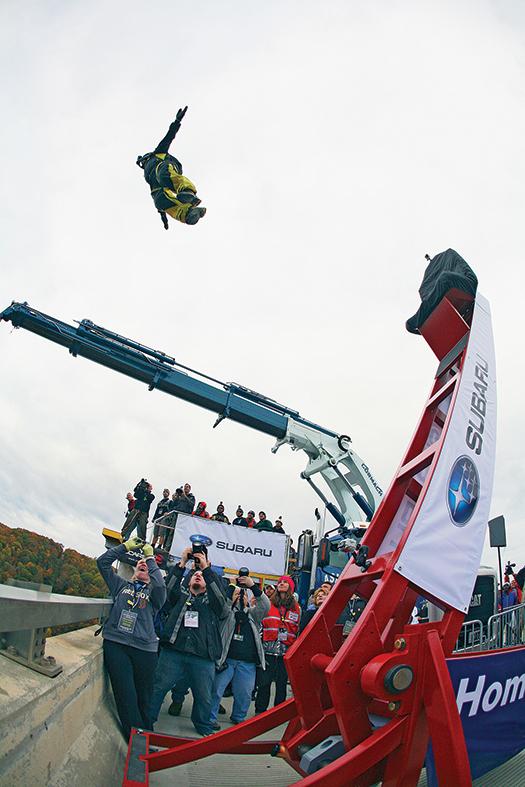 Made For Base Jumpers Popular Science has always believed in the power of human ingenuity to overcome all obstacles. In this case, the obstacle in question must have been a deep and abiding suspicion that America’s terriers and hounds just weren’t pulling their weight. A mysterious 80-year-old man identified only as “Z. Wiggs” had the solution: an automobile powered by a dog in a giant hamster wheel. There’s one canine that didn’t get away with layabout antics that day. Mush! 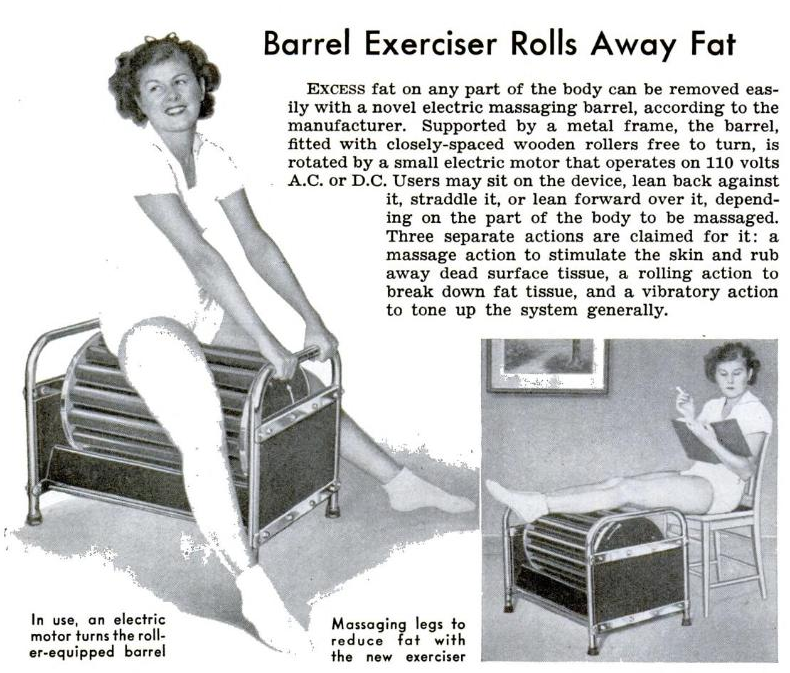 Featuring “a vibratory action to tone up the system generally”.

We have no idea how many customers used this invention, but we feel reasonably confident that it didn’t work as intended.

To read the full, amazing November 1939 issue (and learn what a red demon is) click here.