A bright idea looking for a niche 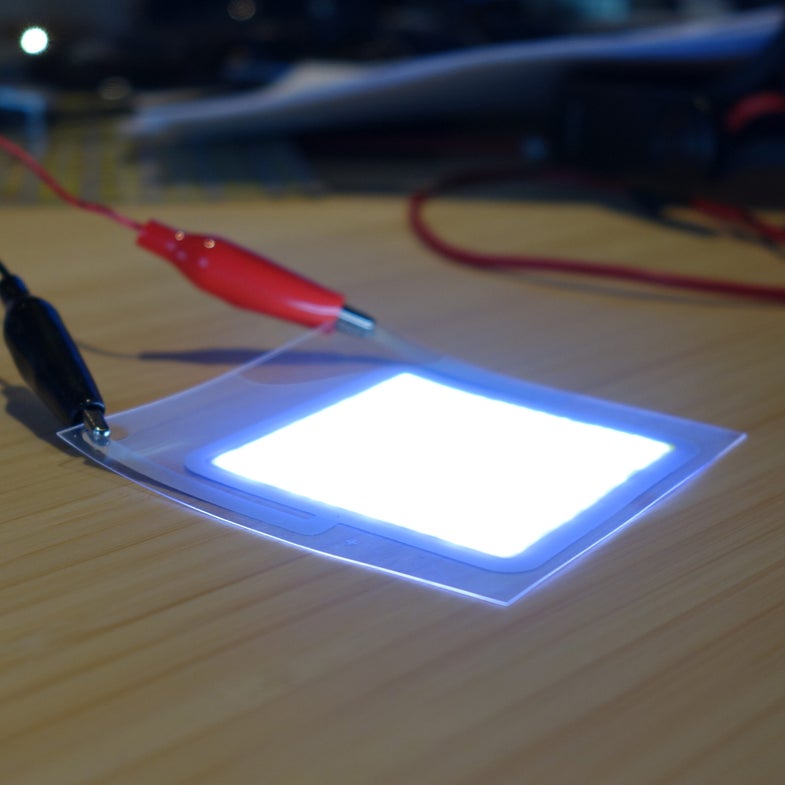 Lightpaper looks like a tear in reality, or a handheld computer glitch. Rohinni, a technology company with roots in both Idaho and Austin, Texas, created a paper-thin light-emitting square. When a charge is sent through it, it glows like a gleaming portal.

Rohinni makes Lightpaper by printing a mixture of ink and LEDs together onto a surface that conducts electricity. This makes for a thin, flexible, simple light, but not yet a consistent one. The printing process currently doesn’t distribute the LEDs evenly through the sheets, though according to Rohinni that will change in the second version of Lightpaper.

On Rohinni’s website, they show several potential Lightpaper uses: Nightlight panelling at ultramodern hotels, illuminated logos on smartphone backs or snowboards or car grills, and displays in future minimalist electronic watches. For anything already drawing electrical power, Lightpaper is a way to add a new glow.

To introduce the concept, Rohinni has a weirdly Galilean video. Similar to how the perception of the Earth as flat was overturned with the discovery that it is round, Rohinni sees a revolution in moving away from bulbous light bulbs and embracing instead their paper-thin lights. Watch the video below: