Welcome to another Throwback Thursday 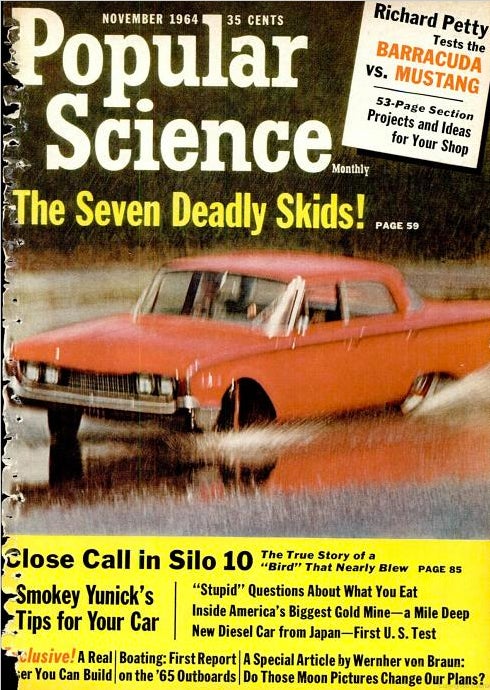 Going through the archives of Popular Science is like exploring old family photos. You laugh, you cry, you reminisce about crazy old Uncle Bob…okay maybe not. But, it’s still a sentimental trip through history with just the right amount of cringe. This time we’re whisking you back 50 years to November 1964. Welcome back to another Throwback Thursday! 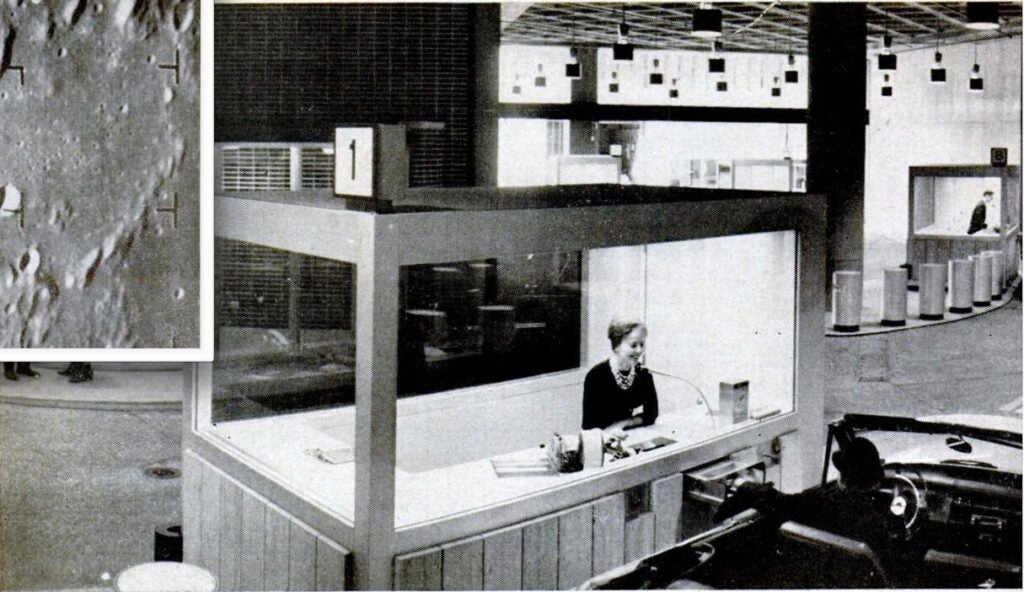 1964 was a booming year. We were on the cusp of a successful moon mission, Beatlemania had hit the United States in full force, and the Civil Rights Movement was in high gear. Consumer America had become obsessed with convenience since the first drive-thru fast food restaurant established itself on Route 66, and a bank thought it would follow suit … sort of. The Denver U.S. National Bank was seven stories tall. Three subterranean levels were dedicated to your run-of-the-mill pedestrian traffic, while four stories above ground had 260 parking spaces, each with its own teller box. 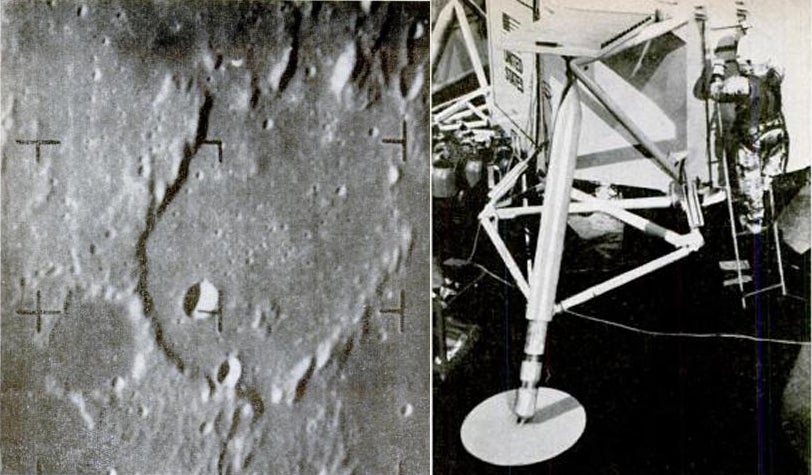 Man wouldn’t land on the moon for another five years but we could still dream about it! The photo on the left from Ranger 7 revealed the bumpy terrain of the moon in close detail for the first time. On the right, an astronaut-in-training mounts a model spaceship.

Unfortunately, the article did not include any good lizard recipes.

Speaking Of Lizards, What Is This? 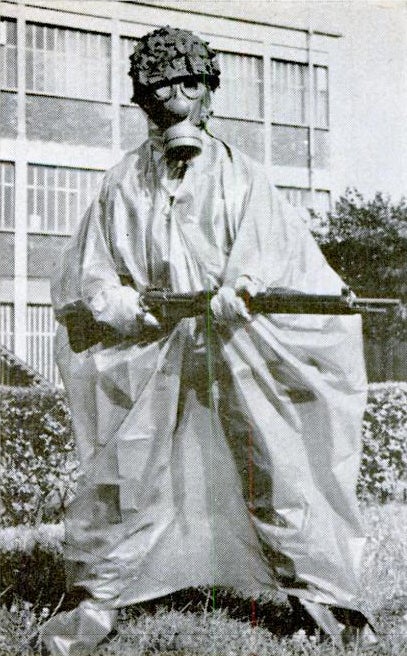 The Parisian fashion industry took a turn for the worse when French soldiers debuted this nuclear suit for fighting in radioactive areas. While we can’t attest to the effectiveness of the garbage-bag-esque poncho in deflecting radiation, it seems like it would pose a major tripping hazard.

Inventions That Never Made It Big 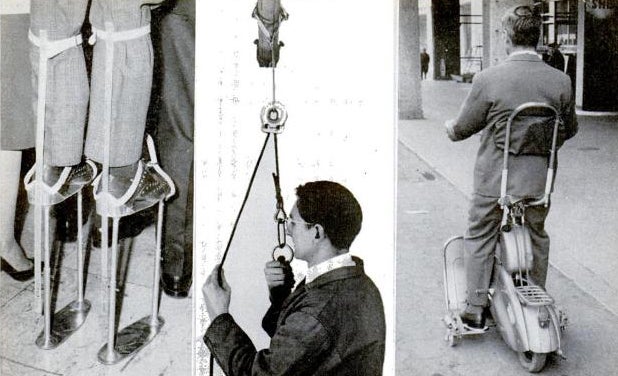 Popular Science has always had a tasteful affinity for the absurd. We knew what we were getting ourselves into when we featured the 13th annual Brussels International Inventors’ Exhibit, where 1,000 inventors from 20 different countries gathered to show off their gadgets. The stilts on the left could extend up to two feet and could be used at crowded spectator events, much to the ire to the people standing in the back. The middle photo shows a lowering rig engineered for mountaineers or escaping from burning buildings. On the right is a safety scooter with retractable side wheels for the balance-challenged.

A Forkful Of Food Science 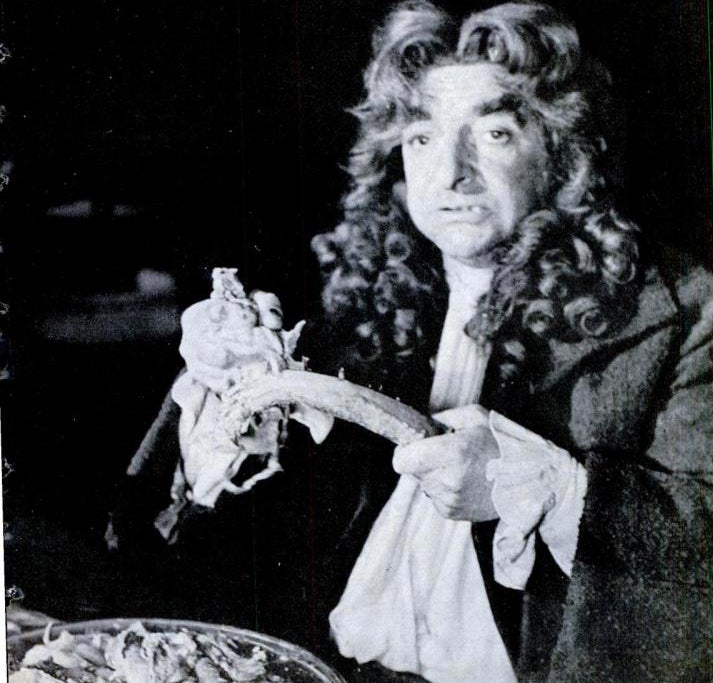 “‘Stupid’ Questions About What You Eat” was the title of this particular article. Popular Science took it upon itself to answer readers’ gustatory and gastrointestinal questions. Here’s a taste of some of the more interesting tidbits.

Aquanauts Clean Up After Astronauts 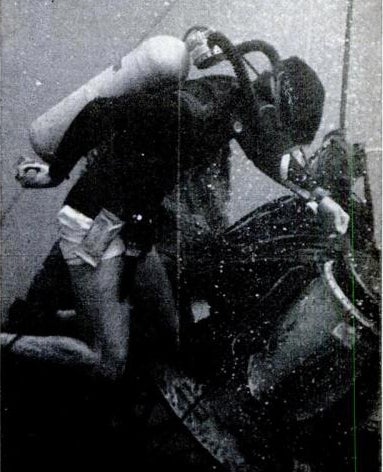 The United States’ growing space program wasn’t without its speed bumps and failures. These aquanauts were there to pick up the pieces by skin diving for spaceship wreckage.