The Week In Drones: Chinese Pterodactyls, Ram Attacks, And More 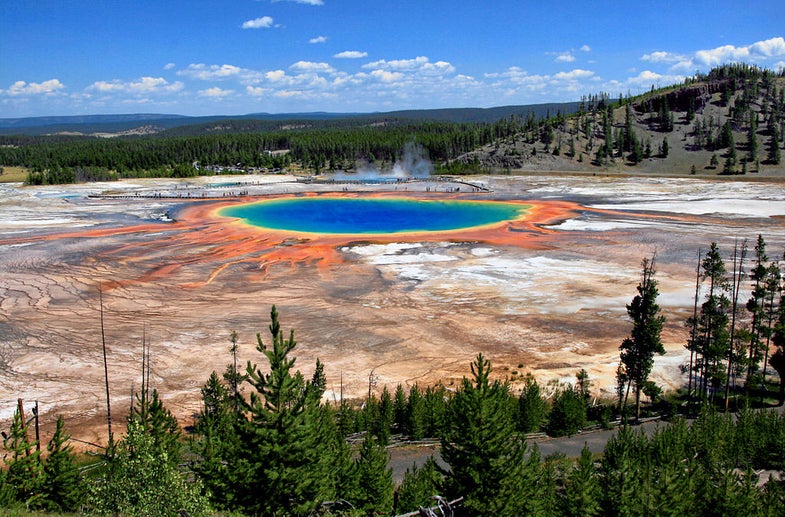 Through A Scan Eagle Darkly

The ethics of drone warfare are coming to the silver screen. “Good Kill,” a film starring Ethan Hawke and directed by Andrew Niccol, focuses on an American drone pilot based in Nevada. The film debuted at the Venice Film Festival today. The director hopes it will spark debate. Here’s hoping some of that debate addresses the mental health challenges that come with being a drone pilot.

In August, a Dutch tourist flew a drone over Yellowstone National Park’s resplendent Grand Prismatic Spring. Unfortunately, the drone crashed into the 160-degree-Fahrenheit waters, where it remains today. The National Park Service banned drones from parks in June, and as a consequence the pilot, Theodorus Van Vliet, has been charged with $5,000 in fines and/or six months in jail and/or five years on probation. Under the same policy, the National Park Service has charged at least two another drone pilots.

While the National Park Service is worried about drones hurting wildlife, perhaps it’s the drones that should fear the animals. In the below video, YouTube user Buddhanz1 flies a drone in search of a ram, and the ram headbutts the quadcopter right out of the sky. Watch the video:

At the Peace Mission 2014 exercises, forces from China, Russia, Tajikistan, Kazakhstan, and Kyrgyzstan all worked together in trial counter-terror practice. Together with absent member Uzbekistan, these countries form the Shanghai Cooperation Organization. Together they tested normal operations incorporating drones. From our story:

A local news station reports that a University of Texas student flew a drone over the university’s first home game. Police detained and questioned the student, but the murkiness of drone law leaves it unclear whether there’s an existing law the student violated.