Moon Boot-Inspired Sneakers Are Out Of This World

They would never survive in space, but they are super shiny. 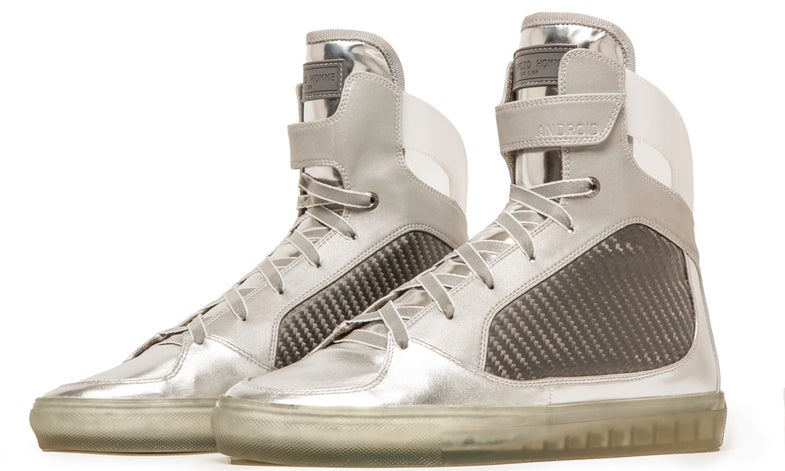 Forty-five years ago, on July 20, man first landed on the moon. It was a major accomplishment of research and engineering, helping humans assert our dominance over the forces of nature. But before there was a man on the moon, there was a boot on the moon–one that was specially designed for lunar landings.

Aeronautical engineer Joe Kosmo (yes, Kosmo) designed the spacesuits that would be used for all of the Apollo missions, all the way down to the footwear, which had an inner flame-resistant “pressure boot” as well as an extra thermal covering made of Mylar to protect against the Moon’s extreme temperatures. The sole had to be flexible but still keep a grip on the Moon’s slippery surface, so it was made of thick silicon. The result was functional, but a bit of a fashion faux pas: 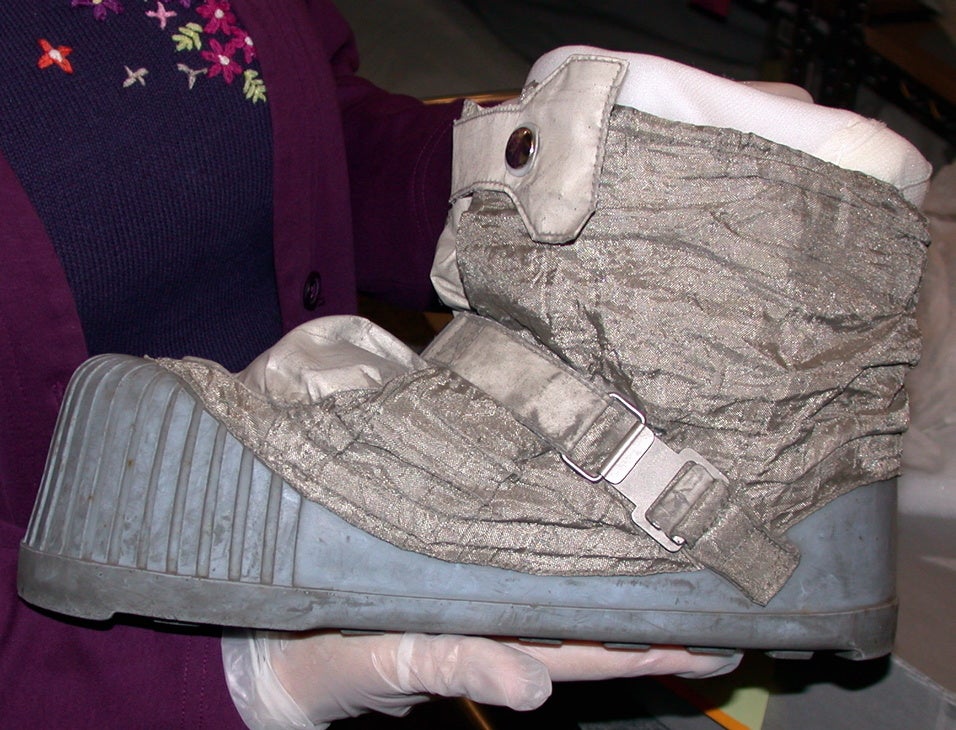 To commemorate Neil Armstrong’s historic first step, the companies GE, JackThreads and Android Homme have redesigned the moon boot into shoe that celebrates “the possibilities of design and function unlocked by advanced materials,” according to the press release. ‘The Missions’ sneaker certainly can’t be worn on the moon, but it has some cool design similarities to the original moon boots. Stabilized carbon fiber makes the boots light weight, and the reflective coating is reminiscent of the metallic sheen on the original boot. Another special coating makes the shoes water resistant, and the thermoplastic soles were made by GE, which manufactured the super-thick soles of the original moon boots. The result is an oddly triangular sneaker that may not ensure your safe footsteps on the lunar surface, but embodies the sorts of advances that got us there in the first place.