The material is so dark, you can't tell when it's been folded. 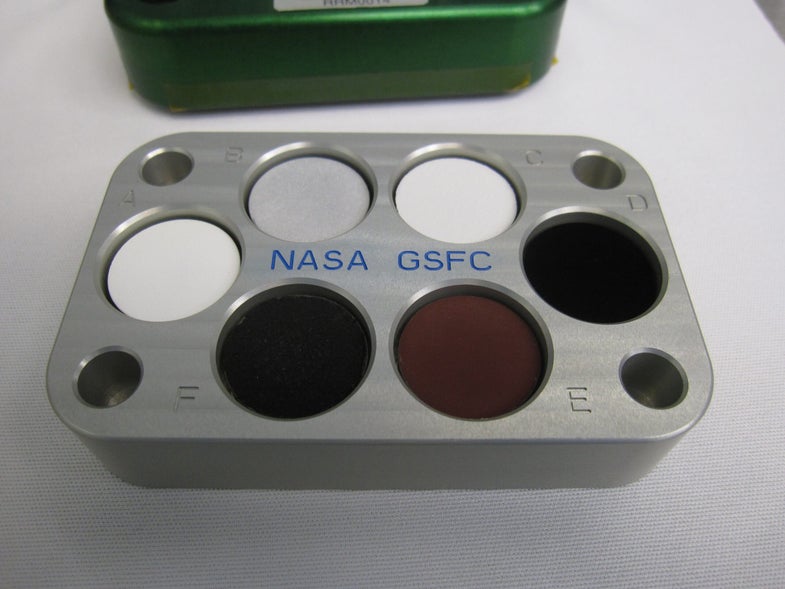 A sample of one of the world’s blackest materials—so dark, it’s impossible to see when it’s folded—is now getting tested in space.

The material absorbs 99.5 percent of the visible light and 99.8 percent of the infrared radiation that hits it. (And you thought black T-shirts got uncomfortably hot in the sun.) Engineers are hoping to coat space telescope components with the newly invented material. The idea is that the coating would absorb unwanted light, keeping it from entering telescopes’ sensitive light detectors. 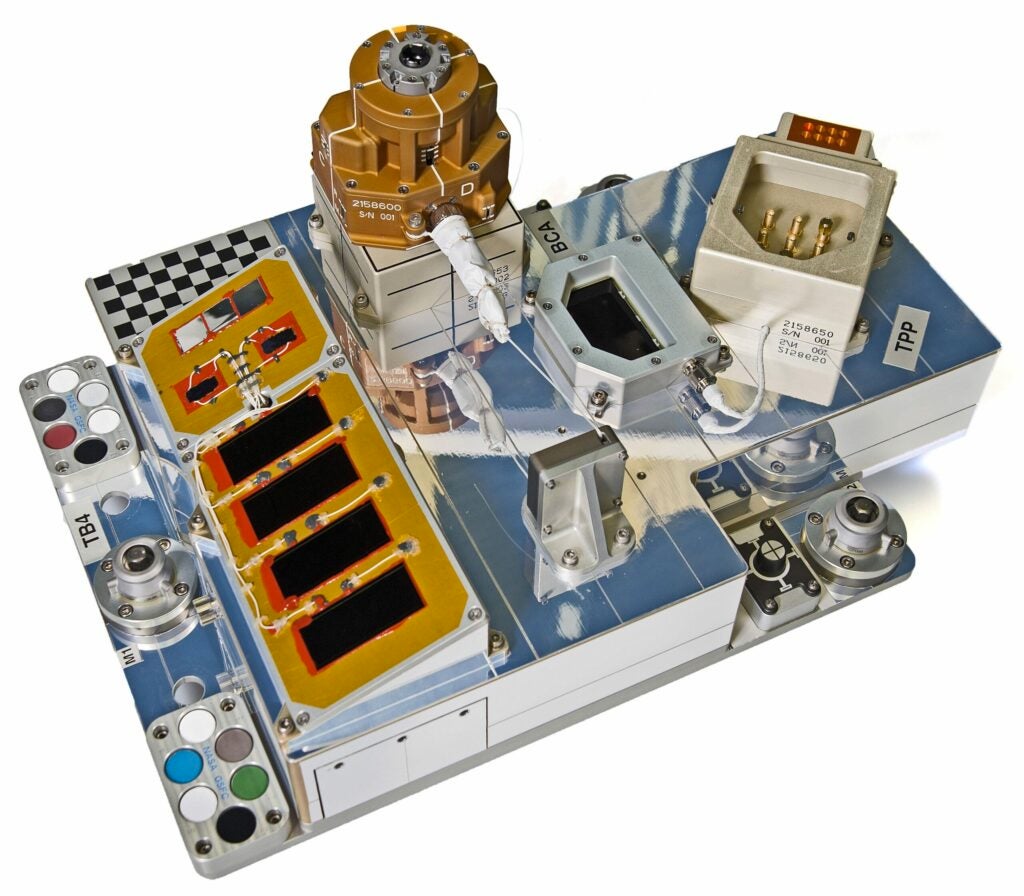 This tray contains a number of devices and materials that NASA is testing in the International Space Station’s unpressurized cargo bay. The super-black material appears on the left. ()

Before they slapped their black coating on an expensive telescope, however, NASA engineers wanted to check that it was able to withstand extreme radiation, free-radical oxygen, and other harsh stuff in space. So NASA sent a little round of the coating to the International Space Station, aboard a flight that also carried experimental robotic systems for fixing satellites in orbit. The entire payload arrived at the space station yesterday. The coating will stay on an unpressurized platform on the station for a year, before astronauts send it back down to Earth for analysis.

The black coating is similar to the world’s blackest material, which a U.K. company called Surrey Nanosystems announced it had made last month. Both are made with a vertical array of carbon nanotubes. Just imagine the nanotubes are arranged like the fibers in a carpet. The complex combination of tiny air spaces and individual carbon atoms in a carbon nanotube array helps trap light and prevent it from reflecting off the surface of the material.