NASA Scientists Study The Sun By Listening To It 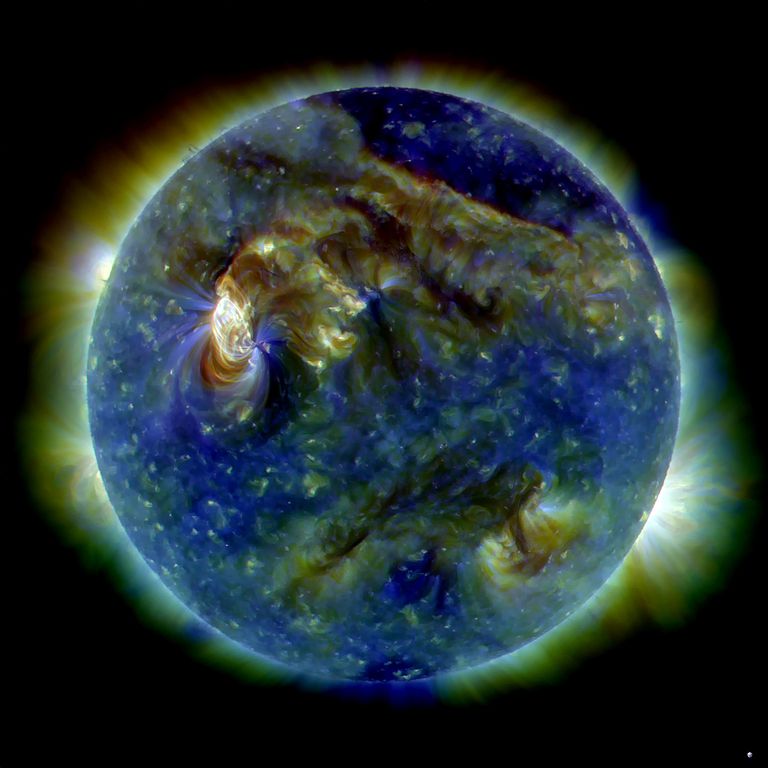 What’s the fastest way to understand space? According to NASA, it’s listening to the music of the spheres displayed as actual music. A program that converts astronomical data into sound is letting researchers blaze through years of data with ease. At NASA’s Goddard Space Flight Center, University of Michigan doctoral candidate Robert Alexander listens to audio files made from satellite data. The Wind spacecraft sits between Earth and the Sun, and records changes in the Sun’s magnetic field. Here’s how that becomes sound:

This mostly translates to white noise, but when there’s something anomalous, Alexander can hear it happen and make note of where in the file it happened. And Alexander isn’t the only one using data this way. In fact, he’s training other physicists who study the sun how to be active listeners. A similar project, onomatopoetically dubbed “PEEP,” wants to use sound as a monitoring tool, turning network activity into a gentle chorus of bird sounds, interrupted by frog croaks at the first sign of trouble.

Listen to a reverse shockwave headed toward the Sun below, and read more at NASA: