When we think about primates in space, we usually think of Ham, the monkey that preceded NASA’s Mercury astronauts on... 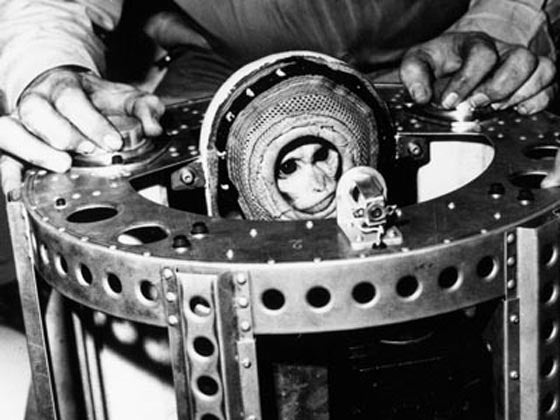 When we think about primates in space, we usually think of Ham, the monkey that preceded NASA’s Mercury astronauts on a suborbital Redstone mission. But more than a decade before this notable primate flight there were a series of monkeys named Albert who were also launched to gather data about the effects of spaceflight on men. They flew as part of Project Hermes, a program that saw recovered V-2s launched in the United States, and they are among the often overlooked heroes of the early space age.

A Word on V-2s in America 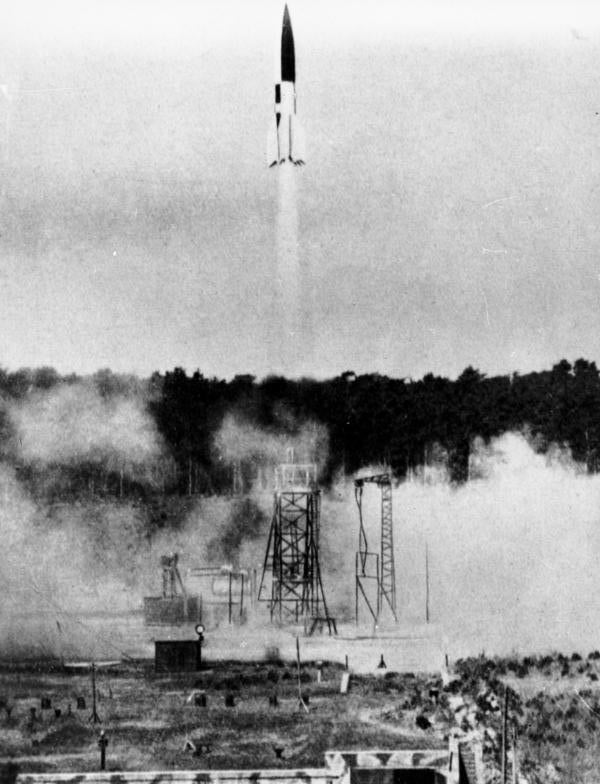 The United States got lucky at the end of the Second World War as far as rockets are concerned.

Between February 4 and 11, 1945, Soviet Premier Joseph Stalin, American President Franklin D. Roosevelt, and British Prime Minister Winston Churchill met in the Russian town of Crimea to discuss the fate of post-war Germany. The result of the Yalta Conference was a division of the vanquished nation into zones to be occupied by Russian, British, American, and French troops.

The German rocket engineers knew nothing of the Allies’ post-war plans for their country, but had started planning for their own post-war future. In January, Wernher von Braun had begun his team’s evacuation from their northern research and testing facility at Peenemünde with railcars, trucks, and cars filled with hardware and documentation relating to the V-2 missile. This convoy amounted to tons of materials sufficiently sensitive that in April von Braun had two of his most trusted men hide everything in an abandoned mine near Nordhausen in central Germany. He and his men then continued moving through the country, finally hiding at Haus Ingeborg in the on the 15th.

Von Braun and a core group of engineers were still hiding in this mountain resort when Hitler committed suicide on April 30. Two days later, his brother Magnus set out, found, and surrendered to American troops who happened to be stationed just miles from Haus Ingeborg.

The timing of von Braun’s movements was fortuitous. On May 5, the Russian Army arrived at and took possession of the cleaned-out facilities at Peenemünde. By the end of the month, the rocket engineers had surrendered their hidden documents and hardware to the Americans, moving the last crates out of the abandoned mine just hours before British troops occupied the area. By fall, the first engineers and their V-2 materials were on their way to America. 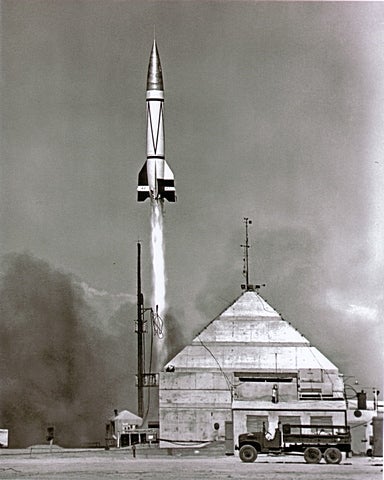 V-2s Arrive and Fly in America

The recovered V-2 parts, documents, and engineers were shipped via the US Army to the White Sands Proving Ground in New Mexico, a continental launch site for America’s nascent missile program that had been established in 1944. Men and materials were absorbed into Project Hermes, a program developed to give America’s military experience handling large missiles, data on ballistics, and to give scientists a means to explore the upper atmosphere; at the time the V-2 was the only rocket that could carry a substantial science payload off the planet.

The recovered V-2 hardware arrived at White Sands in hundreds of train cars that took 20 days to unload, and the pieces were in various states of disrepair. Some systems were so badly damaged they were unusable. German scientists and their American counterparts had to either repair the systems or develop new versions before the missiles could launch.

Using a combination of recovered and new parts, V-2s began to fly in 1946. The first V-2 to roar to life on American soil was part of a static fire test on March 15; the rocket fired for 57 seconds, demonstrating its power and potential.

As the American V-2 program progressed, there were offshoots and modifications made to meet certain research goals. Among these offshoots was the Blossom Project, a series of V-2s launched by the Air Force and the Cambridge Research Laboratories with biological payloads to yield data on how upper atmospheric and space flight might affect future human passengers. Four of these Blossom V-2s carried rhesus monkeys, all named Albert, who were ultimately sacrificed in the name of science.

The V-2 Blossom had a specially constructed warhead and fuselages longer than the standard V-2 by about 65 inches. The added length didn’t aversely affect the missiles’ flights, though of the seven Blossom V-2s four were affected by the same failure: tail explosions early in the flight. Unfortunately for the Alberts, there were monkeys on board some of these flights. 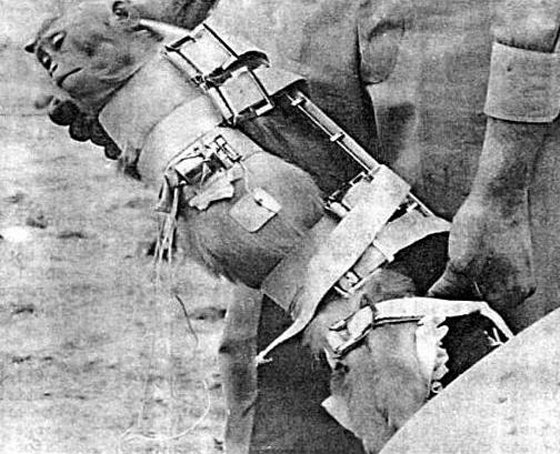 Albert I before launch.

The first V-2 Blossom to carry a monkey (missile 37) launched on June 11, 1948 with Albert I on board. The rocket reached a peak altitude of 39 miles before its ascent was cut off by a failed valve. Though the rocket didn’t explode, Albert I likely didn’t make it to apogee. He’s thought to have succumbed to breathing problems in his cramped cabin. But he would have died anyways; the parachute system also failed.

A second V-2 Blossom (missile 47) with another rhesus monkey launched on June 14, 1949. Albert II fared slightly better than his predecessor. He survived launch to reach an apogee of 83 miles, but he didn’t survive the landing. This time, the capsule’s parachutes failed to open; the monkey died on impact. A silver lining, at least for the humans running the test, was that biomedical data from Albert II was transmitted successfully to the ground throughout the flight.

Two more rhesus monkeys named Albert III and Albert IV also died on their V-2 Blossom flights. Albert III was killed almost instantly after launch on September 16, 1949. His V-2 (missile 32) suffered a tail explosion 10.7 seconds after liftoff and was destroyed just 3 miles above the launch pad. Albert IV suffered a similar fate to Albert II. The monkey survived launch (aboard missile 31) on December 8, 1949, and reached an altitude of 79 miles. Sensors gathered and transmitted biomedical data throughout the flight, but the monkey was killed when his parachute failed.

The Alberts’ deaths speak to the immaturity of rocket testing and our understanding of suborbital spaceflight as it was in the late 1940s. But failure proved to be a great teacher, and luckily the nascent science of spaceflight made great strides before NASA launched the first men on suborbital flights.