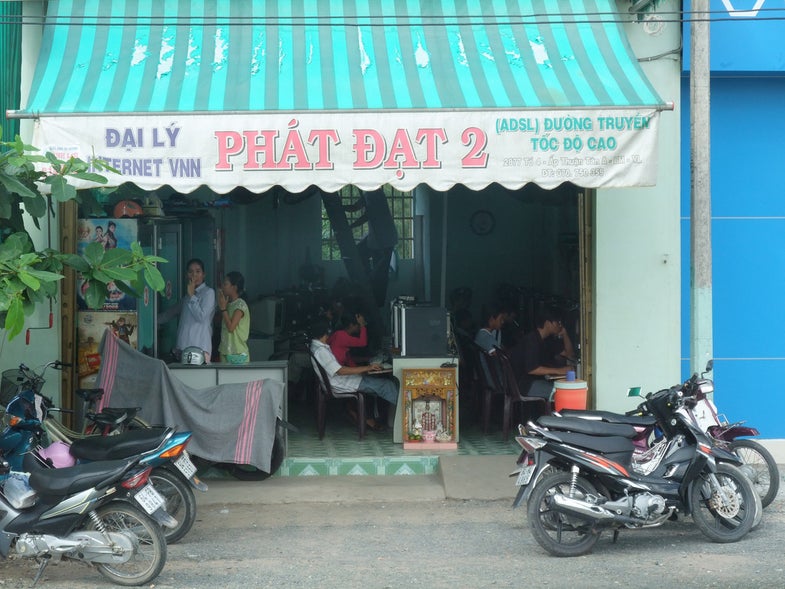 Chemise, schadenfreude and Tennessee*… English seems to have borrowed words from nearly every other language English-speakers have encountered. So it’s charming to think that now, English is the number-one donor of words to other languages in the world, as the Boston Globe reports.

In Finland, Globe reporter Britt Peterson encountered “hot jooga.” In Japan, “furai” actually comes from “fry,” with some syllables added. The French have puzzlingly taken the English word “smoking” to mean a tuxedo. (Then again, English took the French word for a shower, douche, and turned it into… well, you know.)

English’s dominance as a word exporter is a sign of its importance as an international tongue. The rate of a language’s lending is one marker of its prestige, Martin Haspelmath, a Max Planck Institute linguist, told the Boston Globe. Mandarin Chinese, a longtime imperial power in Asia, has the lowest rate of word borrowings out of 41 languages Max Planck researchers studied to make a database of world loanwords.

The rate of a language’s lending is one marker of its prestige.

One corollary of this is that the lending and borrowing of words is not always a friendly transaction. Often languages that borrow many words did so under duress, during occupations or wars. The Vietnamese use of the French words for makeup and flan is a remnant of French colonialism there. Sometimes countries will also try to resist word borrowing, in an attempt to maintain the national character of their languages. Nowadays, that often means resisting English. The Globe has some great examples.

As for English, although it’s powerhouse now, it’s also the biggest borrower of words among the languages the Max Planck Institute studied. Forty-two percent of English words are loanwords, which may explain why it’s such a hairy beast for adults to learn.

*The origins of these words are French, German and Cherokee.