Professors Tom Kibble and Tejinder Virdee were integral to the discovery of the elusive particle. 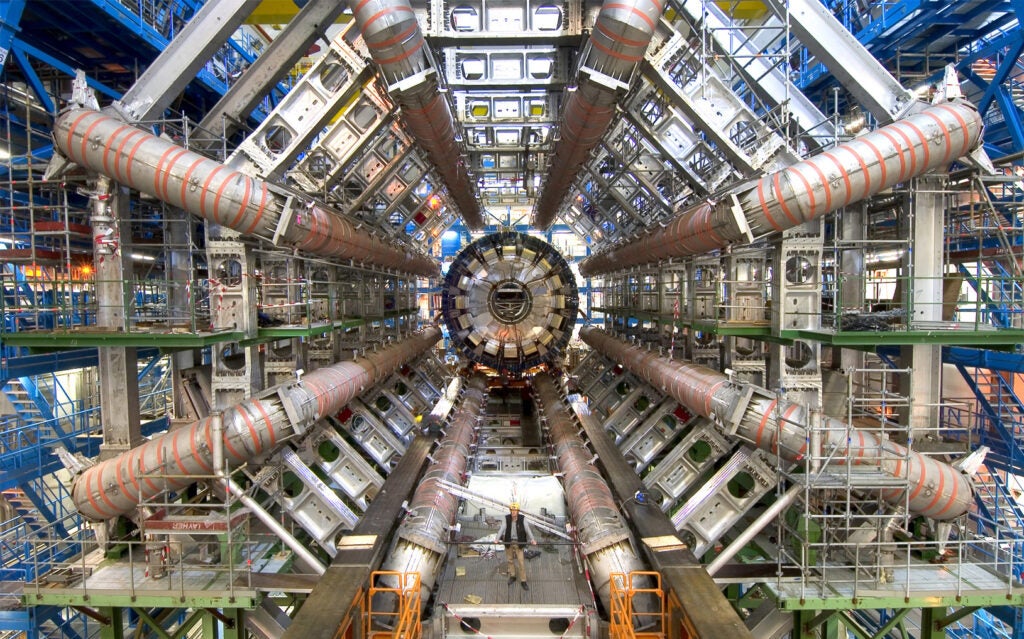 Inside The Large Hadron Collider

Two of the scientists involved in the discovery of the Higgs boson in 2012 have been knighted as part of Queen Elizabeth II’s list of Birthday Honours. Professors Tom Kibble and Tejinder Virdee, both of Imperial College London, were integral to the discovery of the elusive particle, albeit in different ways.

In 1990, Virdee (and several colleagues) came up with the idea behind the CMS, one of the detectors used in crucial experiments conducted at the Large Hadron Collider at CERN that detected the Higgs boson. Virdee played a significant role in constructing the device and gathering data, spearheading a team of over 3,000 people from 40 countries as they troubleshot issues and invented new technologies.

Physicist Peter Higgs, after whom the particle is named, believed that the Nobel Prize that he received should have been shared with Kibble.

Kibble’s work in the mid-1960s helped bring about the discovery of the Higgs boson almost 50 years later. His most notable contribution was the development of the Higgs mechanism, which explains why the particles have mass. Physicist Peter Higgs, after whom the particle is named, believed that the Nobel Prize that he received should have been shared with Kibble because his contributions were so significant.

Virdee was among the many to revel in Kibble’s recognition. He told BBC News: “Brilliant. I was hoping Tom would be recognized. I’m very, very happy for him, and I’m sure we’ll have a glass of champagne when next we meet.”

Virdee seemed pleased that his and Kibble’s decades of work had been honored by the queen of the Commonwealth. “It has taken a very long time [to prove them] and it’s great to have recognition for the experiment [CMS], as well as the theory,” he told the BBC.

If you need a refresher, here’s a simple explanation of the Higgs-Boson.