A Bird Backpack That Can Track Migrations

Something new for the carrier pigeon to carry around. To study migrating birds, engineers have been developing a sensor-loaded backpack that would power itself with vibrations produced by flight. A special ceramic material would convert those vibrations into electricity.

C) Circuit board with sensors, radio, memory, clock, and microcontroller 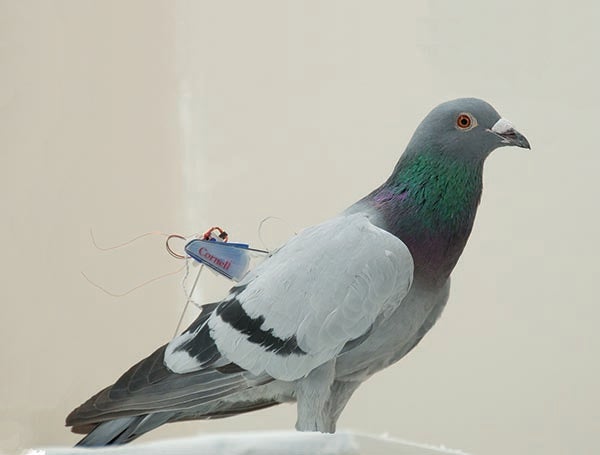 Tests show that a pigeon wearing a 12-gram prototype system generates 200 to 300 microwatts of power.