In 2013, A Record Number of Rhinos Were Poached in South Africa

An average of nearly three rhinos killed per day 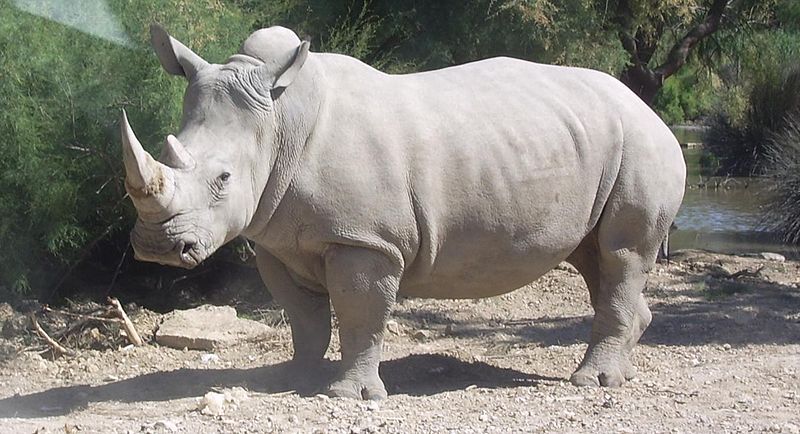 A total of 1,004 rhinos were illegally killed in South Africa in 2013, according to the country’s department of environmental affairs. That makes it the worst ever year for rhino poaching in the country. The death toll represents a 50 percent increase from 2012, in which 668 of the animals were killed. At this rate, rhinos in the country could go extinct in a little over two decades.

The rhinos are killed for their horns, which mostly end up in Vietnam and China, where they are valued for their supposed medicinal value. Research shows that they have none, however, and that they are made up of the same material as human fingernails. Most of the animals were killed in Kruger National Park. A total of 343 alleged poachers and traffickers were arrested in 2013, an increase from 267 arrests in 2012. But that’s clearly not getting the job done.

There have been some innovative projects to fight rhino poaching, such as putting GPS chips and poison into horns to dissuade poachers. Environmentalists say that more needs to be done to prevent the animals from going extinct. “2014 must mark the turning point where the world, collectively says ‘enough is enough’ and brings these criminal networks down,” said Tom Milliken, a rhino expert for TRAFFIC, a group that monitors wildlife trade. “Rhino horn trafficking and consumption are not simply environmental issues, they represent threats to the very fabric of society.”