Most architects design structures with the hope that bugs won’t take up residence inside, but design house ARUP (the same... 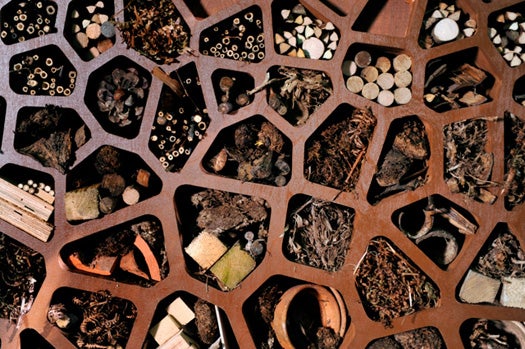 Most architects design structures with the hope that bugs won’t take up residence inside, but design house ARUP (the same architects who dreamed up Beijing’s CCTV tower) is hoping all kinds of insects and spiders will check into its Bug Hotel, a special habitat designed to bring helpful insects into London parks. The design just won the City of London’s “Beyond the Hive” competition, an architecture contest aimed at creating an aesthetically pleasing and functional place for London’s six-legged inhabitants to make their homes.

The design itself evokes nature (we understand that it mimics the ribbed structure of a dragonfly’s wings), and is compartmentalized so various habitats can be cultivated within the structure. For instance, stag beetles need ground level entry and rotted logs to eat and grow larvae, while butterflies and moths need more vertical habitats (as well as vertical entries) located higher up. Each compartment can be stuffed with different kinds of natural waste or detritus so the insects have somewhere to nest, eat, and reproduce.

And may PopSci briefly step outside the utilitarian bounds of its usual purview of flying cars and quantum particles and point out that, while wholly functional, ARUP’s bug hotel is very aesthetically pleasing as well? Without being overbearing, ARUP’s design should fit pleasantly into any green space without becoming some kind of backyard centerpiece. Which is good news for you, because they are for sale direct from ARUP. 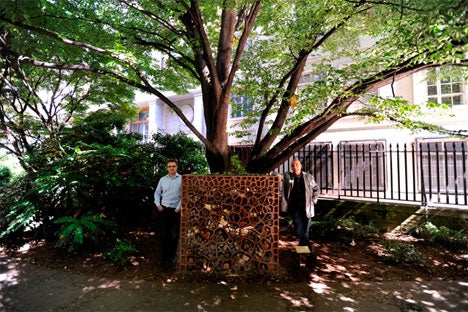 The Hotel in its Natural Habitat