Nanocomputers have been around for decades as a concept, but in actual practice they’ve been harder to come by. Now,... 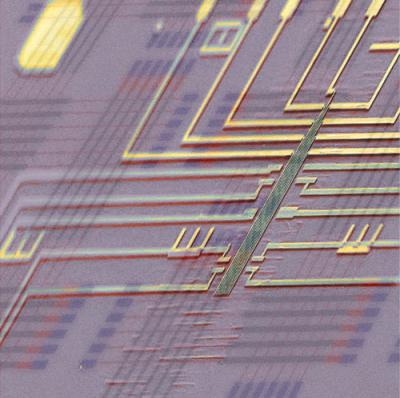 Nanocomputers have been around for decades as a concept, but in actual practice they’ve been harder to come by. Now, engineers collaborating at Harvard and the MITRE Corporation have taken a huge step forward for the field of nanocomputing by creating the world’s first programmable nanoprocessor.

Enabled by a series of advances in the design of nanowire building blocks and the way they are synthesized to create completed nanocircuitry, the method allows for far more complex circuits to be assembled at very small scales. Described in a paper publishing today in the journal Nature, these super-small nanocircuits can be electronically programmed to carry out a variety of mathematic and logical functions.

Further, the technology is scalable, meaning that while is is now possible to program a tiny nanoprocessor to carry out simple functions, its architecture allows for the creation of much larger circuits capable of ever larger functions. Coupled with the low power consumption inherent in the circuits’ efficient transistor switches, and this new nanoprocessor breakthrough could mark the beginning of a shift toward smaller and smaller consumer electronics and sensor tech, not to mention far less-dense computers with increased capacity to compute.

All that, naturally, is a ways off. As with all big nano breakthroughs (can a nano breakthrough be big?), this tech will take time to smooth out and refine. But the idea of electronically programmable nanocircuitry is tantalizing. Once harnessed, such nanotech building blocks have the ability to create complex circuits at scales and with materials that current manufacturing approaches simply can’t achieve. That, in turn, could breed a whole new kind of electronics.