The FDA Has Approved The First Artificial Pancreas

An easier way for diabetics to control their insulin intake 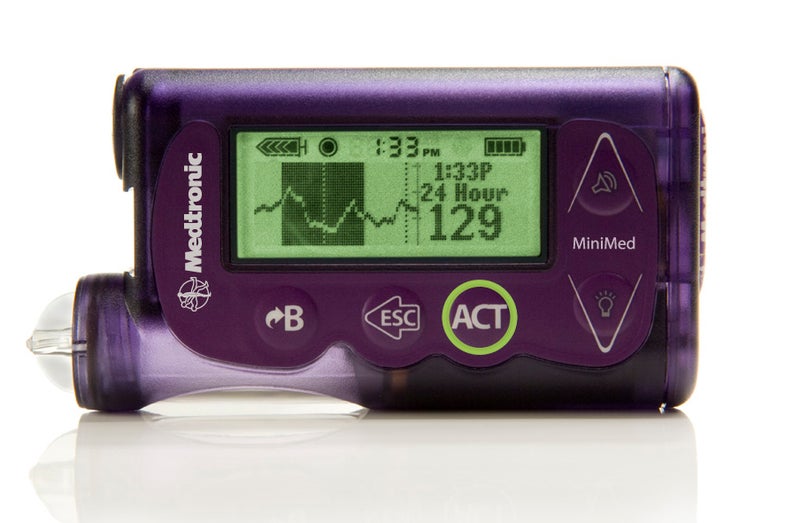 The U.S. Food and Drug Administration has approved its first “artificial pancreas” to automatically control the insulin levels of diabetics. (You know, before the shutdown furloughed almost half of its staff.)

The hormone insulin controls blood sugar levels and is normally produced in the body by the pancreas. But in Type 1 diabetics (and sometimes Type 2), the pancreas just doesn’t make insulin, meaning diabetics’ bodies can’t regulate blood sugar levels. This system, designed by Minneapolis-based medical tech company Medtronic, is a wearable little gadget that stops insulin delivery automatically when glucose levels get too low, hopefully keeping the wearer from going into a diabetic coma.

With a traditional pump, the device can keep delivering insulin even when the your blood sugar is too low, lowering levels even further and sometimes causing loss of consciousness. This is especially dangerous during sleep, when you can’t exactly gauge your own blood sugar. Medtronic’s MiniMed 530G system can detect up to 93 percent of hypoglycemia (low blood sugar) episodes, and will sound an alarm to wake you up if your blood sugar gets too low. If you don’t respond, the system will shut off insulin delivery for two hours, hopefully staving off dangerously low blood sugar levels.

One caveat: Medtronic got a warning letter from the FDA only a few weeks ago related to manufacturing processes of their Paradigm Insulin Infusion Pumps (which are used in this system) at their facility in Northridge, Calif. The pumps had been recalled in June because they were malfunctioning and delivering either too much or not enough insulin, and the FDA found the company was not doing enough to verify that the failure wouldn’t happen again. The company said in the press release accompanying the product approval that it had “already addressed many of the observations noted in the warning letter and is committed to resolving the remaining observations as quickly as possible.”