The battle to control type-1 diabetes in children could get a little easier — as long as the kids keep... 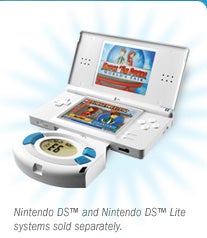 The battle to control type-1 diabetes in children could get a little easier — as long as the kids keep playing with their Nintendos. Bayer Diabetes Care unveiled a new gadget Monday that aims to help kids manage their disease by tapping into their love for video games. 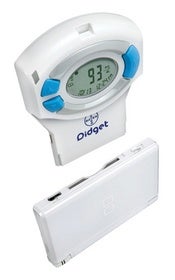 Type 1 diabetes, also called juvenile onset diabetes, is different from the type commonly associated with obesity — that’s Type 2. Type 1 is an autoimmune disorder for which there is no cure yet, and it usually arises in children. About one in every 400 Americans age 20 or younger have the disease, according to the Centers for Disease Control and Prevention. Blood-glucose testing is the most important means of managing diabetes, but as endocrinologist Larry Deeb notes, kids don’t exactly welcome the tests. They might be OK with them if they’re part of a game, however.

“Diabetes is certainly an incredible intrusion into a child’s life, and it’s an intrusion they really don’t want, whereas children play games all the time,” says Deeb, a pediatric endocrinologist at Tallahassee Memorial Hospital and a Bayer consultant.

Didget operates like any other blood-glucose meter, but it comes with an online “world” accessible only to Didget users. Kids can interact with other diabetes patients and play games.

The device sells for $74.99 and is available at various pharmacies. Though Didget hooks up to a Nintendo DS, you don’t need one to use it.

In other Type 1 diabetes news, earlier this month, endocrinologists at Massachusetts General Hospital announced a new clinical trial on an artificial pancreas. Unlike other artificial pancreas devices, it adds a monitor for the hormone glucagon, which counteracts insulin — useful if a patient’s blood-sugar level drops too much. In the trial, the system was able to control blood sugar in a small group of diabetic patients even when they ate high-carbohydrate meals. That’s an improvement over previous artificial pancreas devices. That study is reported in the April 14 issue of Science Translational Medicine.