Will This Helicopter Truck Fly?

It could be the future of military rescue. 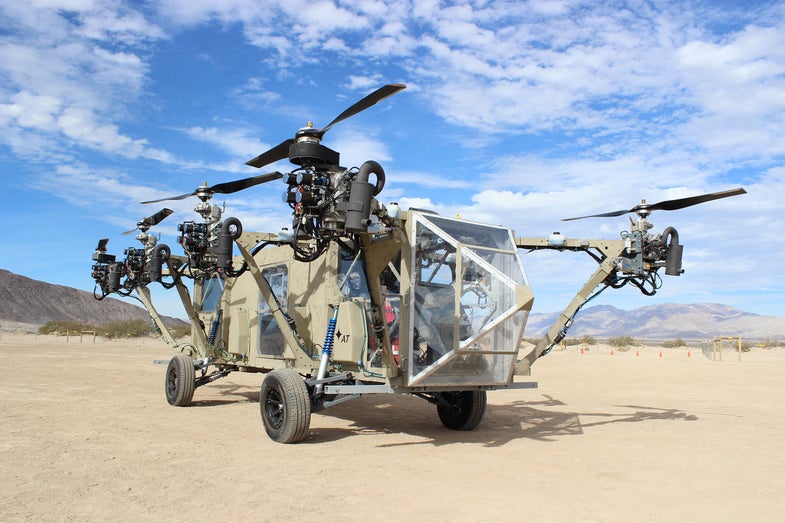 It’s a lot easier to “leave no man behind” when the rescue crew is robotic. Advanced Tactics, an El Segundo-based firm, plans to test a remotely operated, transforming, flying, driving evacuation vehicle early this year. It’s not quite a drone, but it’s not really a truck or a helicopter either.

It’s called the Black Night Transformer. Transformer is an apt name, though the Black Knight won’t reconfigure itself into a giant robot warrior. Instead, the transformation is relatively subtle—eight rotors, four on each side, will spring out for takeoff, fold in for driving through tighter streets, and tilt forward in the air for faster flight.

The impetus behind this odd chimera is a U.S. military desire for a “Multi-Mission Medical and Casualty Evacuation Unmanned Air Vehicle / Unmanned Ground Vehicle.” Or, in non-Pentagonese, a flying car that can work in a lot of different scenarios. The program is managed by the U.S. Army Telemedicine and Advanced Technology Research Center with funding from a congressional earmark in 2009. Why make the vehicle unmanned? From a U.S. government study on medical evacuation, the use of robots in military missions will:

In essence, sending a robot helicopter to evacuate wounded troops is good because it means the military can operate in weather unsafe for human pilots and doesn’t risk more medical personnel than absolutely necessary. If the robot helicopter can also drive like an off-road vehicle, that gives the military even more rescue options.

If troops are skeptical of crawling into a remotely-driven rescue vehicle, the Black Knight is also designed for cargo delivery. “The U.S. Marine Corps Warfighting Laboratory is interested in using the Black Knight vehicle for unmanned cargo resupply missions,” Advanced Tactics chief engineer Rustom Jehangir tells Popular Science. “They’ve done work on this in the past with other platforms, such as the Lockheed Martin K-Max, but our platform will be much less expensive.”

But before anyone starts buying transforming heli-cars, and before it can be said for certain which unmanned cargo helicopter-like vehicle is cheapest, the technology needs to work. Advanced Tactics tested the driving component in late 2013. Before the end of February, Advanced Tactics plans to test the flying part. Only then will we know if this vehicle concept can get off the ground. 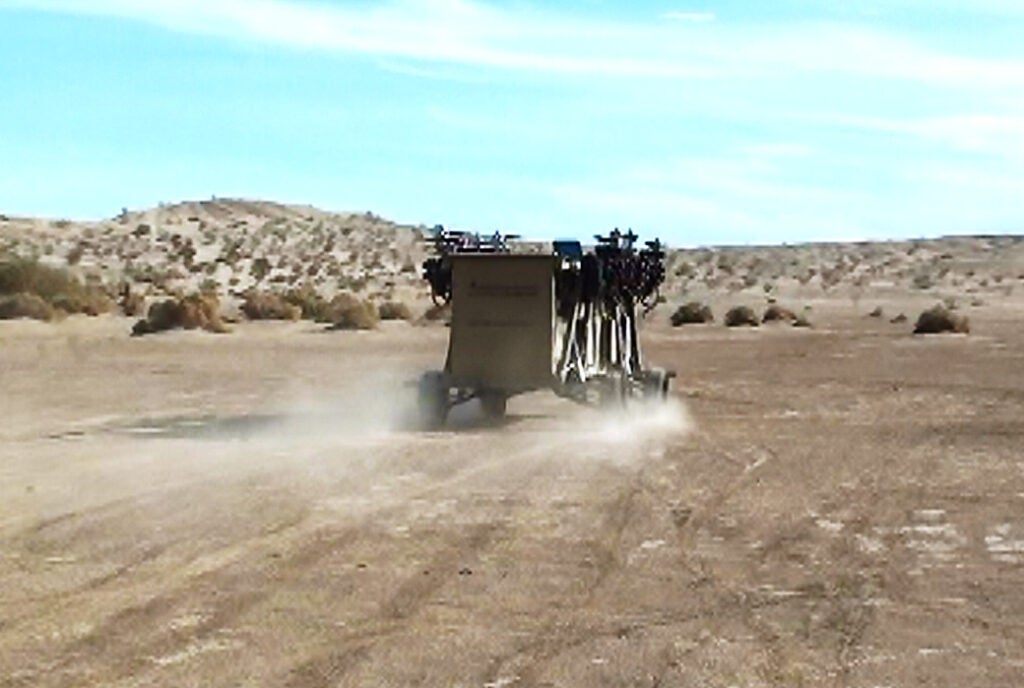 Rotors are tucked flush with the vehicle along its sides to better fit on roads.
Kelsey D. Atherton