A discarded U.S. Army concept gets a new life in Britain. 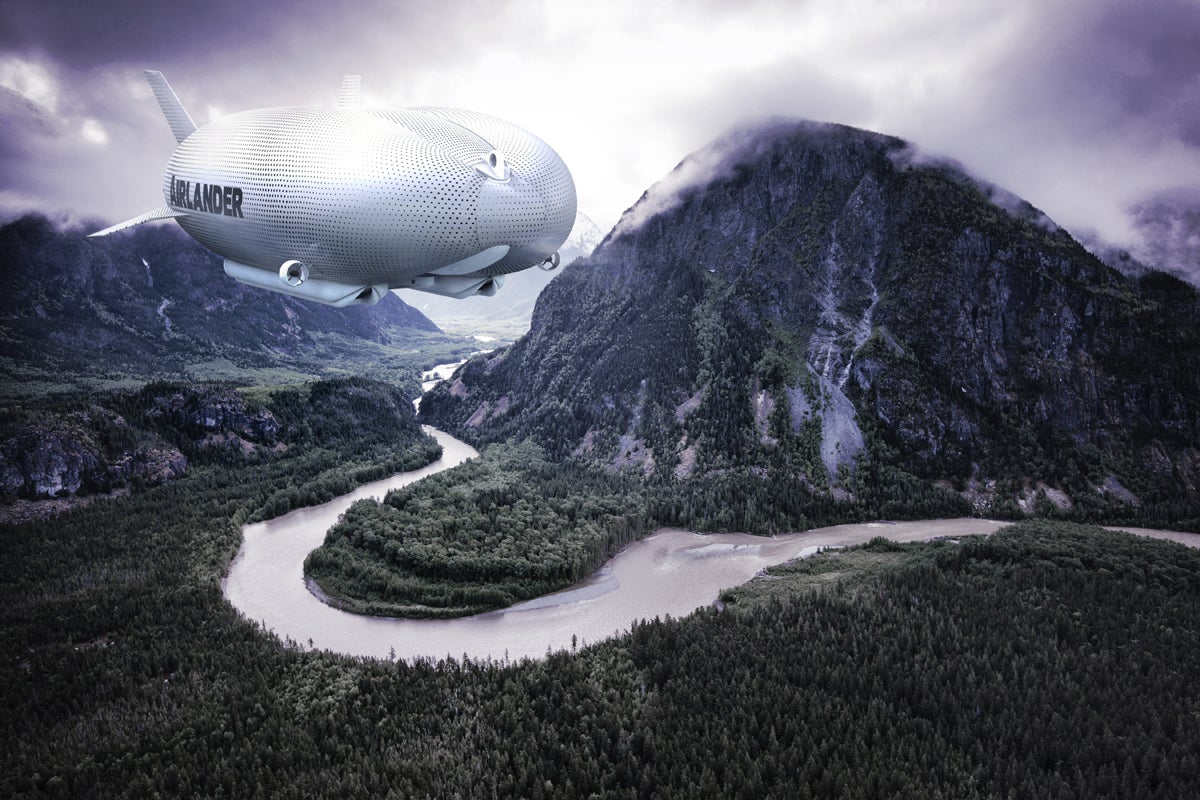 The Airlander resembles both a blimp and a Zeppelin, but it’s not quite either. Blimps have no rigid internal structure, while Zeppelins (technically, “rigid airships“) have a stiff internal structure that holds the shape of the aircraft. The Airlander is, as the company name implies, a hybrid airship that gets lift from bags of helium. It has a rigid structure that offers more control than comes with blimps. To house the massive aircraft, Hybrid Air Vehicles is using a century-old airship hangar in Bedfordshire, England.

The U.S. military considered the Airlander for surveillance and cargo transport. Global Hawks and Grey Eagles, America’s go-to surveillance aircraft, can each fly for about 30 hours. Fully stocked, the Airlander could stay in the sky for five days with a human crew. In wars where small armed groups move over vast rural areas, such as in the recent conflict in Afghanistan, a long-range surveillance tool is very valuable. While America’s military involvement in Afghanistan is drawing to a close, Hybrid Air Vehicles is billing the Airlander as a tool for humanitarian relief, communications relay, border patrol, search and rescue, and drug enforcement. In addition to surveillance, the Airlander can be set up to carry 55 tons of cargo. 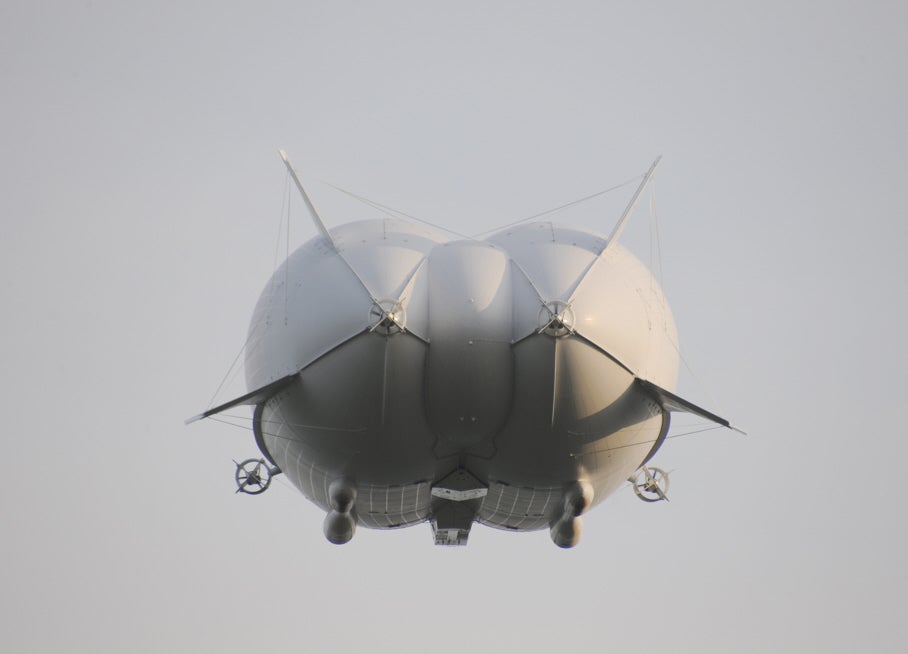 The Airlander From Behind

This is the backside of the Airlander vehicle.
Kelsey D. Atherton