How Warfare Has Evolved Over The Past Century

The changing face of combat 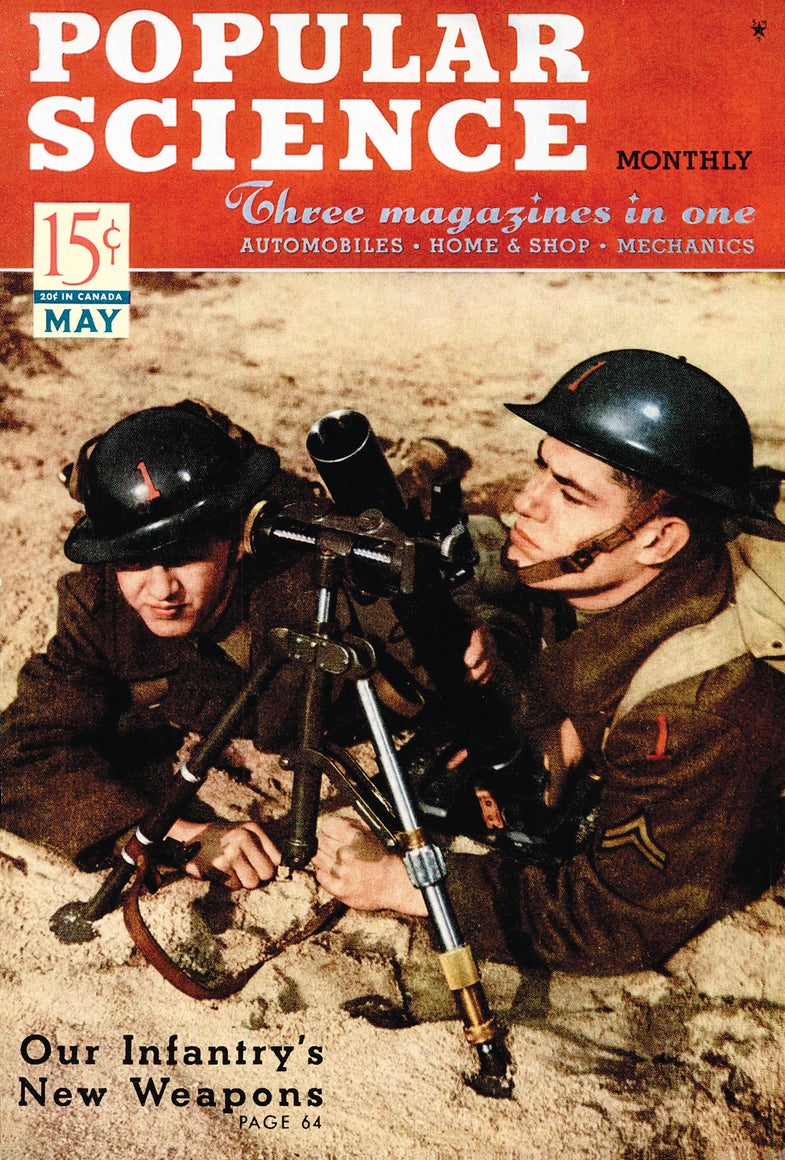 When Popular Science featured these soldiers on its May 1941 cover, U.S. riflemen carried state-of-the-art weapons for the era, such as the Garand semi-automatic rifle. Just as impressive was the load they carried: All of a soldier’s equipment weighed only 57 pounds—33 pounds less than during World War I. Or as we put it then, “The modern infantry is no more like that of World War days than the rhumba is like the 1917 shimmy dance.” Future soldiers (and dances) will be just as different, using exoskeletons and robotic mules to shoulder their burdens. Our feature story, The Weight Of War, details how modern technology is lightening soldiers’ loads.

Airplanes: Introduced during a battle over Tripoli in 1911, airplanes were initially used for reconnaissance. Planes became a major tactical advantage in World War I when militaries weaponized them.

Nuclear Weapons: The Allied Forces won World War II by dropping nuclear bombs; it remains the only time they were used in war. But the stockpiling of nuclear weapons has led to “cold” conflicts during the past half-century.

GPS: Satellite-based GPS systems enabled soldiers to quickly and accurately locate one another and effectively find enemy targets, even in low-visibility conditions like those of Operation Desert Storm in 1990.

This article originally appeared in the November 2014 issue of Popular Science under the title, “Evolution of the Combat Land.”