Robots bring lunch to the battlefields of tomorrow. 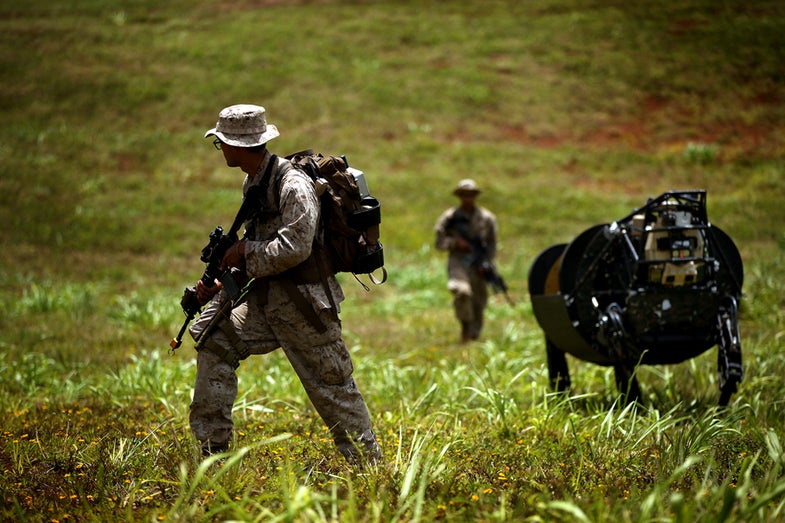 Last week in Hawaii, a squad of U.S. Marines brought a robot deep into the jungle. The Legged Support System (LS3) robot walks on four legs, carries 400 pounds, and shambles its way over rough terrain, like a mechanical mule in a future war. It’s all part of the Advanced Warfighting Experiment, and if the Marine Corps thinks the tests went well, future invasions may come with robotic horses doing some heavy lifting.

The whole experiment is a subset of a larger multinational military exercise. Dubbed RIMPAC (for Rim of the Pacific, not to be confused with the Guillermo del Toro robots-versus-monsters movie), the exercise is held by the U.S. Navy and includes participants from 22 nations, with 55 ships, 200 aircraft, and 25,000 people. It also includes three LS3 robots.

Marines typically carry between 100 and 135 pounds of gear, which includes not just weapons and ammunition but also water and food. While it’s important for troops to carry food with them when operating far from base, they don’t need to have their lunch physically on their person at all times. That’s where the Legged Support System comes in. Major Christopher Orlowski, program manager of the LS3 program for DARPA, told Popular Science that the program’s greatest success is “meeting the requirements, demonstrating an unmanned legged system than can carry upwards of 350, 400 pounds of gear, and demonstrating it effectively. In this case, DARPA set out a goal and it was able to meet that goal.”

DARPA just creates the technology, and leaves it up for the rest of the military to determine how best it’s used.

Lieutenant Colonel Don Gordon of the U.S. Marine Corps spoke to Popular Science about the how the Marines are using LS3 in their Warfighting Experiment. The LS3 carries food, water, and ammunition supplies for a squad of seven to nine marines. According to Gordon,

That’s the theory, at least. Having the Legged Support System at these exercises is, according to Gordon, “really the first opportunity for the Marine Corps to put it into an exercise and provide it to a force that’s actually exercising the same way they would in actual operations.” There was one immediate challenge. While the Marines landed in an MV-22 Osprey, there wasn’t enough room for both the Marines and their robotic mule. Instead, after arriving, the Marines met up with another group that handed off the robot.

To get gear like the LS3 from ships onto the beaches, marines are testing other new technologies. When I spoke to Gordon, he was watching a swimming cargo mover land on the Hawaiian beach. Marines, as a rule, think about beaches differently than most folk, and the cargo mover Gordon described was no idle beach comber. Named the Ultra Heavy-lift Amphibious Connector, or UHAC, the vehicle looks like the treads of a giant future tank stuck on the body of a small modern tractor. Gordon explained the vehicle: 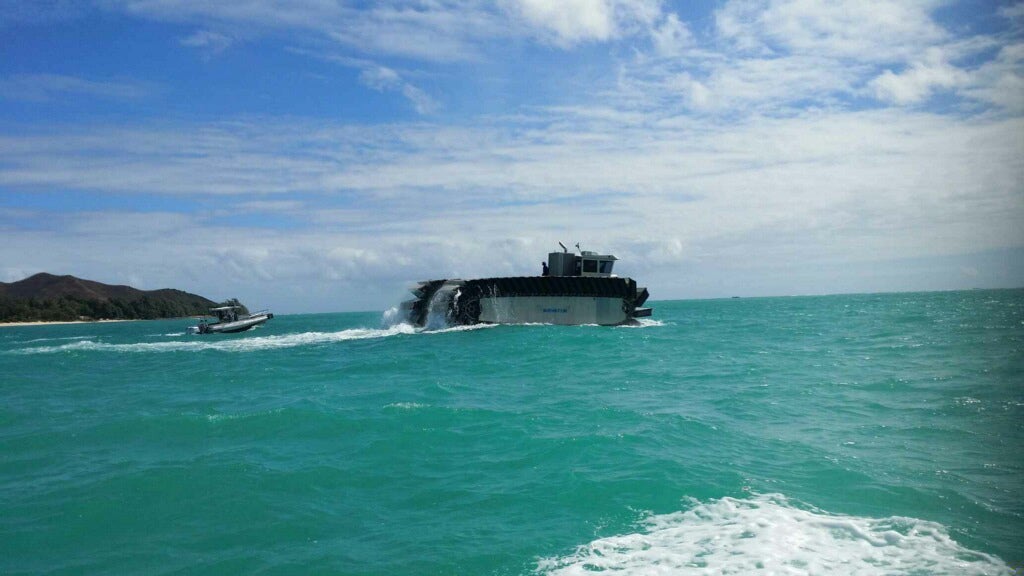 And here it is triumphantly on land. 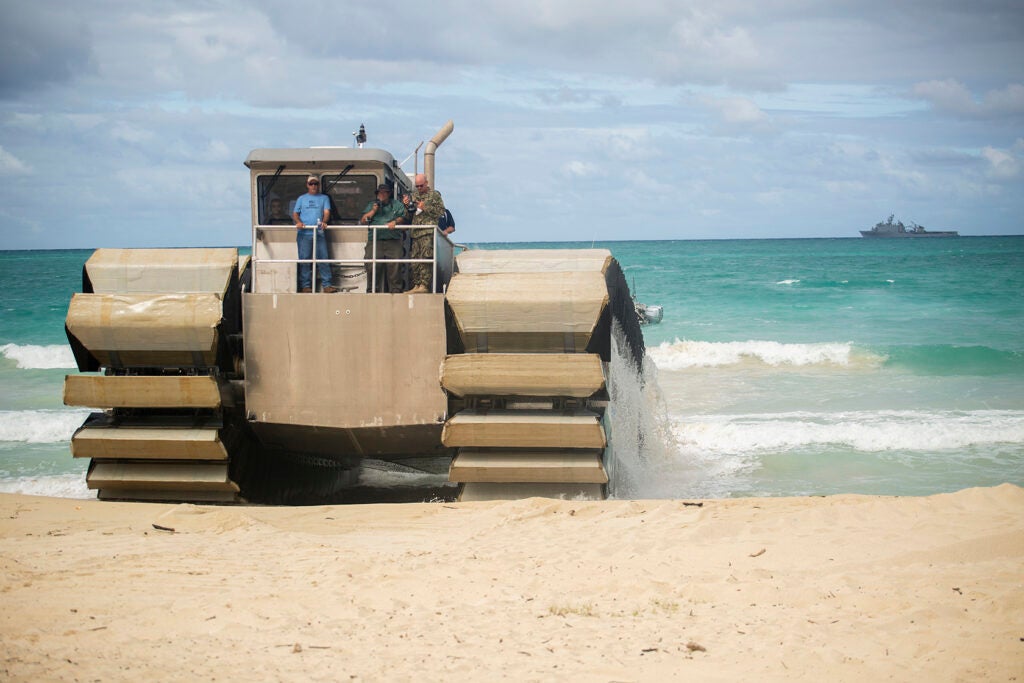 Ultra Heavy-Lift Amphibious Connector swam from the USS Rushmore to land on a Hawaiian beach as part of military exercises there.
Kelsey D. Atherton