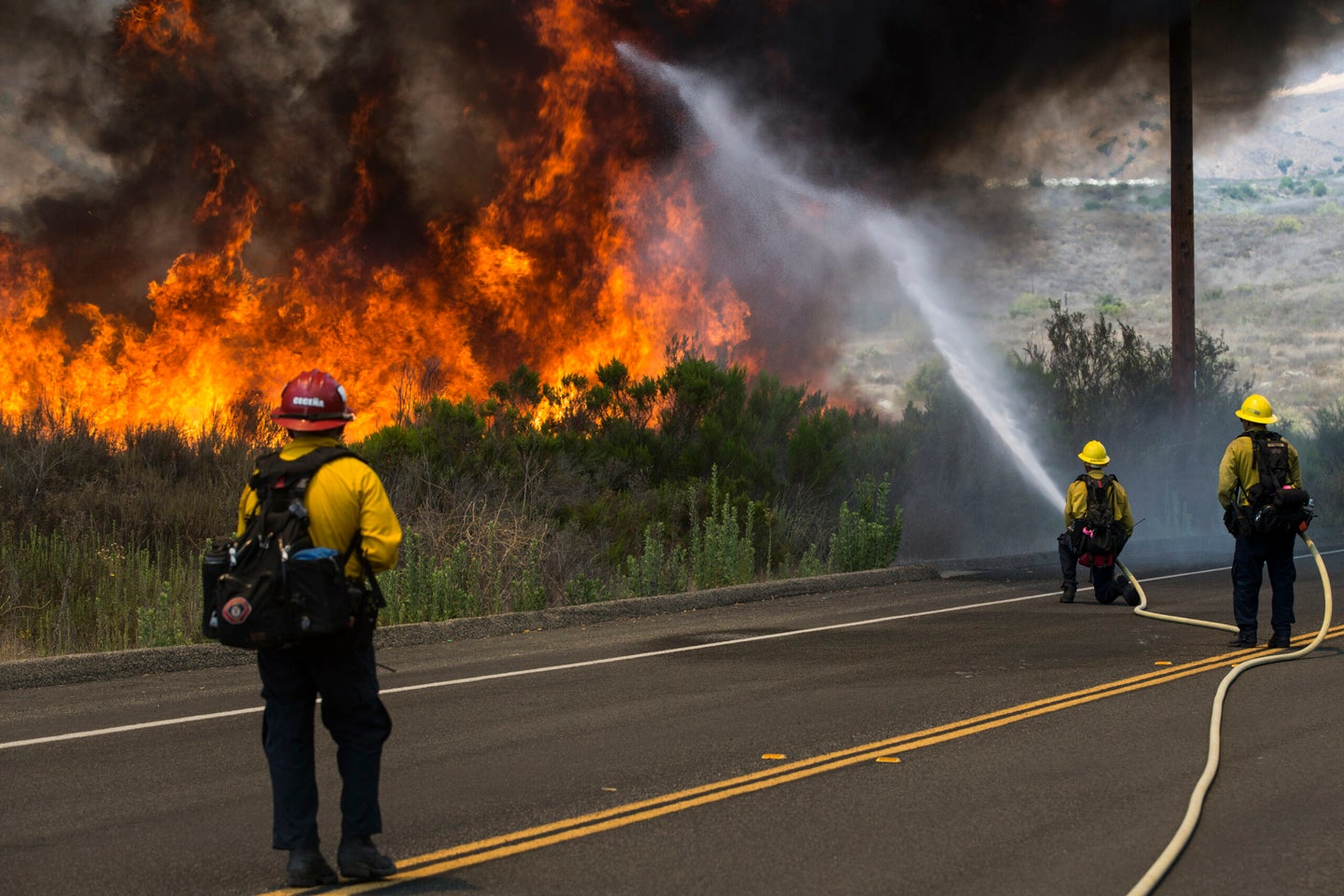 The summer of 2018 in Europe, North America, and Asia was blistering. People died from the scorching heat. Roads and train tracks cracked. Power fizzled. Wildfires erupted.

In Switzerland, climate researcher Martha Vogel found relief by swimming in Lake Zurich. But trying to work in her south-facing office without air conditioning became a real challenge. She left the windows open at night and closed the shutters against the sun during the day, making conditions a bit more tolerable. Her building was near the lake, which also helped. But the experience left her convinced it was important “to investigate the 2018 event from a climate perspective,” she said.

In subsequent research, Vogel and her colleagues at ETH, a science, technology, engineering, and mathematics university in Zurich, found that the size and number of simultaneous heat waves in the summer of 2018 is the result of human-caused climate change. “The occurrence of such extraordinary global-scale heat waves did not occur in the past, and cannot [otherwise] be explained,” Vogel said. The researchers presented their findings recently at a meeting of the European Geosciences Union in Vienna. Their paper is under review by the journal Earth’s Future.

Numerous countries wilted under the sweltering temperatures last summer, among them the United States, Canada, Russia, Japan, South Korea, and large portions of Europe. The Zurich researchers focused on cities and farming regions of the Northern Hemisphere, aware that hot temperatures threaten both people and the crops upon which they depend.

The study authors began by combing through the news for stories about heat waves in 2018, cataloging the many ways that high temperatures imperiled locals. They found reports of heat strokes in Japan, as well as wildfires in Canada, the United States, Scandinavia, Greece, Russia, and South Korea. In Switzerland and Germany, farmers saw crops wither, and in the UK, engineers watched train tracks buckle.

Next, the researchers examined the last 60 years of temperature data to determine how many of the regions studied endured extreme heat at any one time. Between May and July of 2018, Vogel said, heat waves simultaneously afflicted one-fifth of the area studied. Historically, heat waves never covered an area of that size.

Finally, the researchers asked what role humans played in the scorching temperatures. To answer this, they used 29 climate models to calculate the probability of such heat waves, both in today’s carbon-rich climate and in the historical climate, which sported less heat-trapping carbon dioxide. Simultaneous heat waves of the size and ferocity seen in 2018 did not materialize in the historical simulation. They only appeared in the simulation of today’s climate. “Hence, we can conclude that a 2018-like event could have not have occurred without human-induced climate change,” Vogel said.

She said the trends are alarming, noting that more frequent, simultaneous heat waves will almost certainly have serious consequences for public health and the ability of nations to protect roads and railways and to fight wildfires. In Scandinavia last summer, for example, some countries asked for emergency assistance to cope with the wildfires, a situation Vogel said could become dire if several countries are fighting wildfires at the same time and can’t help each other.

Moreover, if simultaneous heat waves take a heavy toll on agriculture, the results could provoke instability in global food markets, Vogel said. In 2010, for example, Russia imposed a ban on all wheat exports as a result of a record heat wave — the highest temperatures seen in 130 years — that impaired the country’s grain crop and caused grain prices to skyrocket.