How Ancient Human-Like “Hobbits” Got So Small 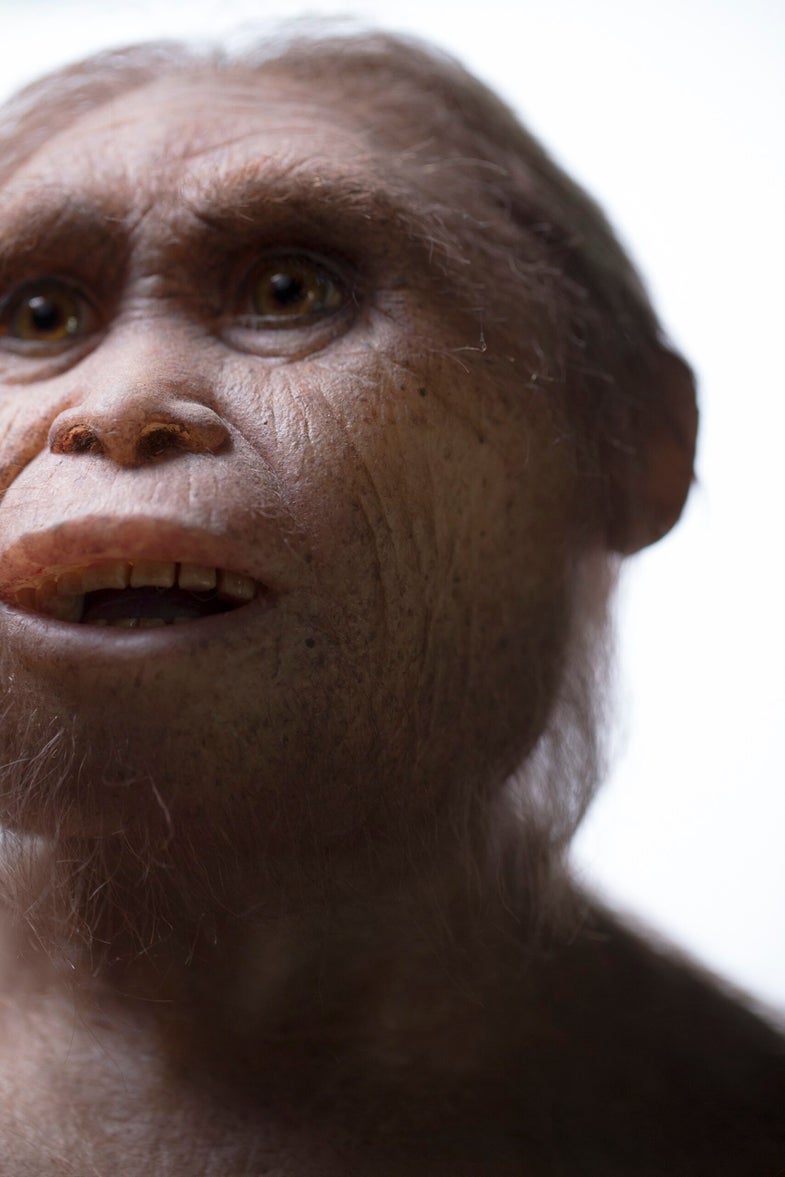 If you were to travel back in time 80,000 years to the Middle Pleistocene period, and take a stroll around the island of Flores, in Indonesia, you would find a scene you might previously have thought could only occur in The Lord of the Rings: small hairy hominids walking around the grassy savannah-covered island. These small people stood about three feet tall, but were decidedly hairier and less clothed than Tolkien’s hobbits.

Remains of the small hominid, known as Homo floresiensis, were discovered on the island in 2003, but the details of its evolution and how it came to be so small have been a matter of much debate ever since. This evolutionary enigma could finally be cracked open, however. New fossils found on the island of Flores have revealed the existence of another small hominid that suggests the Flores hobbits evolved from Homo erectus, our most recent ancestor. The findings are published in two papers in Nature.

As remarkable as H. floresiensis is, questions have plagued paleoanthropologists since its discovery in Liang Bua Cave in 2003. The biggest of these questions were: How did it get so small? And how did it get to Flores? Up until now, the two prevailing theories to these questions were that the hobbits evolved from an isolated population of humans’ most recent ancestor, Homo erectus, who was also known to be in Southeast Asia and Java by a million years ago, or that H. floresiensis came from a population of an older, more distant hominid like Homo habilis or Australopithecus. The problem with this second theory, as archaeologist Gerrit van den Bergh of Wollongong University in Australia pointed out in a Nature podcast, is that “No H. habilis or Australopithecus has ever been found outside of Africa,” and such a connection would exhibit a hitherto undocumented migration of these species out of Africa by 2 million years ago, which is unlikely.

Van den Bergh and fellow archaeologist Adam Brumm, lead authors of the two papers, unearthed a fragment of jaw and six teeth belonging to three different individuals from the soil layers of Mata Menge, an area about 70km east of Liang Bua, where the original H. floresiensis fossils were discovered in 2003. These hominin remains very much resemble those of the Flores hobbits, but are 700,000 years old, much older than when H. floresiensis was romping around the island, which was about 100,000 years ago. “It was totally unexpected,” reflected van den Bergh in the *Nature *podcast. “The layers we were digging in were 600,000 years older than H. floresiensis.” 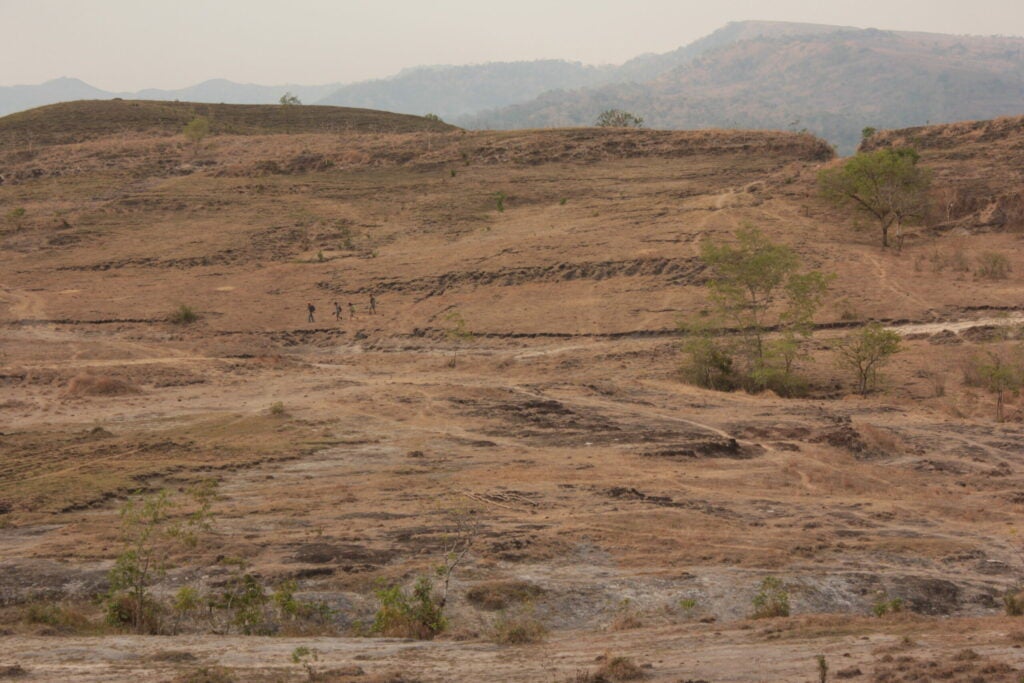 The island of Flores

Grassy landscape on the island of Flores, in Indonesia, where H. floresiensis, the “hobbit,” onced roamed.

Perhaps an even greater discovery, however, is that the teeth of these new unnamed hominins partially resembles those of the much larger Homo erectus, who had reached Indonesia by about a million years ago. “The morphology of the teeth are more or less intermediate between those of H. floresiensis and those of H. erectus,” explained van den Bergh, adding “so we can now say with reasonable certainty that H. floresiensis was derived from H. erectus.”

So how did H. erectus turn into a hobbit? Well, isolated populations on islands have been known to do strange things, evolutionarily speaking, and dwarfism has occurred in island populations of other vertebrates as well. It’s believed that a population of H. erectus landed on Flores, and experienced a period of rapid dwarfism that eventually shaped it into an entirely new species: H. floresiensis. While the new fossils indicate that this likely happened, they also suggest that it happened at an astonishingly rapid pace. “It’s quite surprising that it happened so fast,” said van den Bergh. “Because we know that humans were present on Flores over a million years ago and then 300,000 years later (the date to which these new fossils are matched), they were already small.”

This is the only known occurrence of this type of evolutionary dwarfism to have happened in primates. And though this type of human evolution couldn’t occur again in this ever crowded and highly globalized world, it is a remarkable reminder of the extraordinary power of evolution by natural selection that is constantly at play, even on us humans.