Their societies may be much more complex than previously assumed. 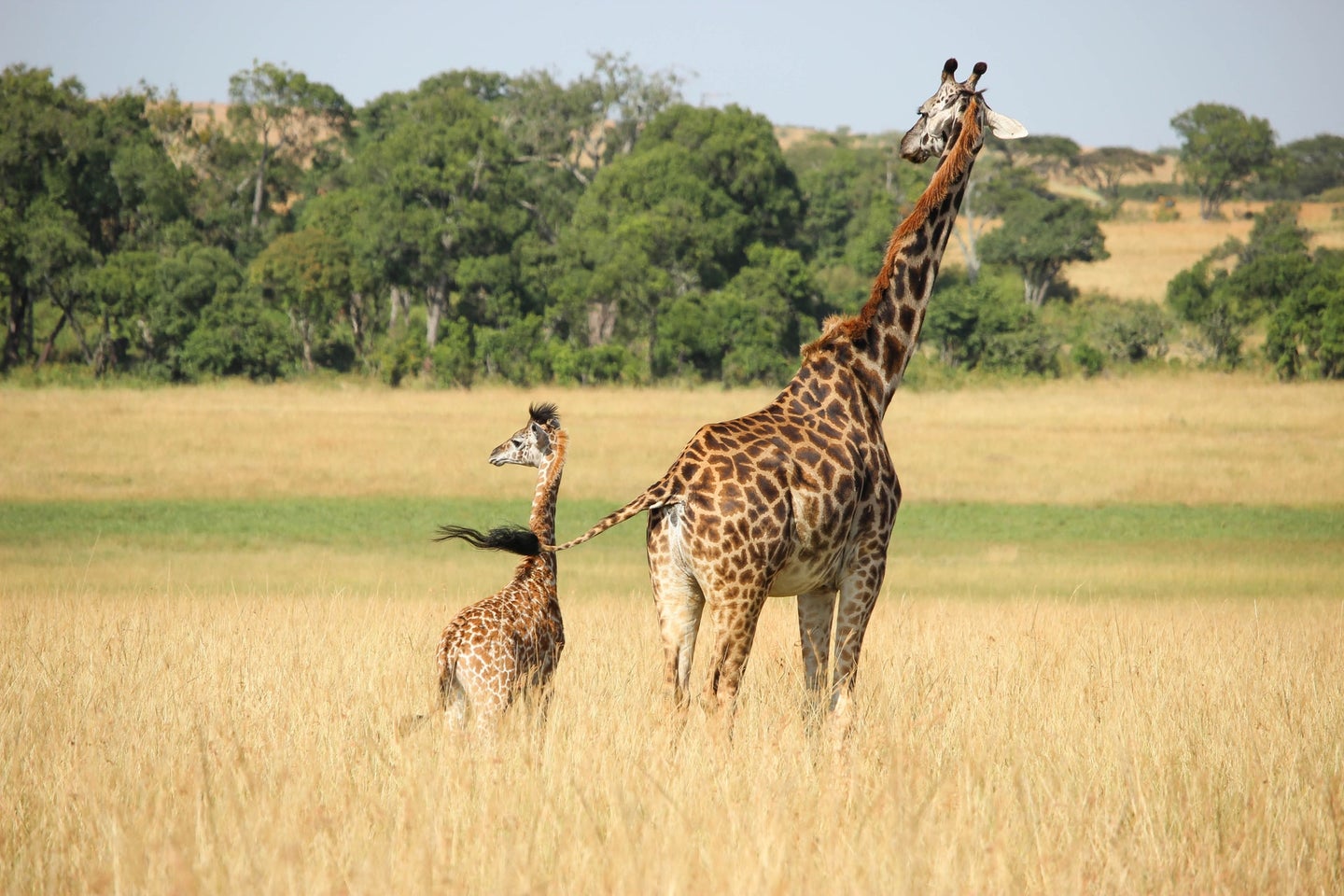 Giraffes get by with a little help from their grams. Lisa H via Unsplash
SHARE

For decades, ecologists assumed giraffes had no real social structure to speak of. One excerpt from a 1991 book described the craning mammals as “socially aloof, forming no lasting bonds with its fellows and associating in the most casual way.” But starting around the turn of the century, and especially in the last decade, animal researchers have begun to see giraffes in a new light.

In a new paper, ecologists reviewed more than 400 existing studies and concluded that giraffes have complex social dynamics comparable to those of elephants. Researchers found that they organize their communities around mother-daughter lines, with matrilineal relatives helping one another raise the herd’s young. This helps explain why female giraffes live long after the close of their reproductive window—about eight years, which is around 30 percent of their lives. During those last eight years, those elderly giraffe “grandmothers” are critical community members, helping to rear their herds’ calves and allowing younger females to breed more prolifically. The findings were published Tuesday in Mammal Review.

“It is baffling to me that such a large, iconic and charismatic African species has been understudied for so long,” ecologist and lead author Zoe Muller said in a statement. “Giraffes are actually a highly complex social species, with intricate and high-functioning social systems, potentially comparable to elephants, cetaceans and chimpanzees.”

The matrilineal pattern Muller found mirrors one seen in other large mammals, including elephants, orcas, and humans: the “grandmother hypothesis.” The idea is that the presence of older matriarchs increases a population’s chances of survival because of the authority, knowledge, and resources they contribute to the group’s young.

“Elephants are quite well known for having older matriarchs leading the group and post-reproductive females are known to be repositories of knowledge,” Muller told The Guardian. “It has been shown that during times of drought or famine, if the group has older females around—the grandmothers—the group has a much higher chance of survival.”

Studies on the grandmother hypothesis in other animals suggest that having these older matriarchs creates a bank of generational knowledge, allowing groups to truly thrive. Darren Croft, a behavioral ecologist at the University of Exeter, published a paper in Science on this phenomenon in orcas. He told National Geographic that when killer whales assess how and where to catch their fish, they need to ask questions like, “Do they stay at sea or swim inland? Do they go up their inlet or that one?” To answer those questions, he said, they turn to the wisdom of their grandmothers: “The oldest females might be better at making these decisions, thanks to their accumulated experience.”

Muller notes in the new study that giraffes’ reputation of aloofness is reinforced by their slow, sparse movements. But those behaviors are actually energy-conserving strategies. Giraffes have huge energy needs to fuel their very tall bodies, so they minimize their movements and dedicate a disproportionate part of the day (an average of 13 hours) to feeding.

Now that it’s clear that giraffe societies are complicated, the next challenge is to untangle just how these animals are organizing. Giraffe communication is still poorly understood—it’s only recently that researchers realized the mostly-silent animals hum to one another at night. Knowing how giraffe society operates will help conservationists minimize disruptions to their natural group structure, and help us understand how things like tourism and development impede their wellbeing.

“I hope that this study draws a line in the sand, from which point forwards, giraffes will be regarded as intelligent, group-living mammals which have evolved highly successful and complex societies, which have facilitated their survival in tough, predator-filled ecosystems,” Muller said in a statement. “If we view giraffes as a highly socially complex species, this also raises their ‘status’ towards being a more complex and intelligent mammal that is increasingly worthy of protection.”