The real Jurassic Park may have been in the Arctic 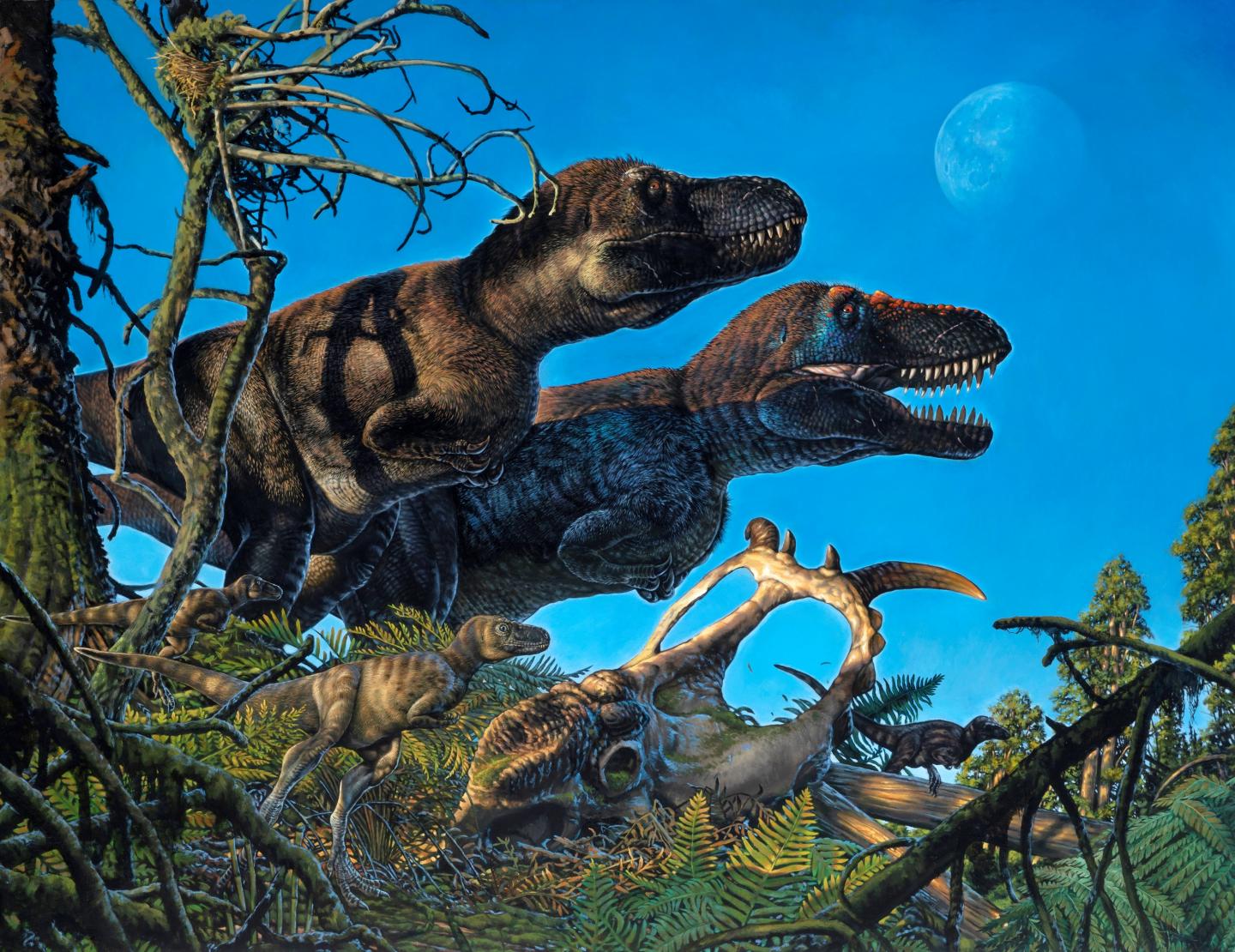 When you imagine a dinosaur’s habitat like that you would see in Jurassic Park, a hot and humid spot filled with verdant greenery might come to mind. However, a growing body of evidence points to these prehistoric reptiles romping around in much chillier climates—as far north as the Arctic.

“It wasn’t long ago that people were surprised dinosaurs could live in the Arctic at all, and now we know they’re actually reproducing there,” Patrick Druckenmiller, lead author and director of the University of Alaska Museum of the North, says. “And that just has a whole bunch of mind-blowing consequences as far as how dinosaurs lived and what types of adaptation they had.”

Researchers discovered the first fossilized remains of Arctic and Antarctic dinosaurs in the 1950s. Before then most paleontologists believed the environmental conditions—think months of darkness and snow—would have been too severe for reptiles to thrive in.

Upon finding the frost-loving dinos, paleontologists put forth two explanations. The first posited the creatures spent their whole lives in the tundra. But a second theory predicted herbivorous dinosaurs migrated north as temperatures warmed and leafy-greens sprouted through thawing ground. Trailing their prey, carnivorous dinosaurs followed, and as wintry weather arrived, both herbivores and carnivores followed their food southward again.

To quite literally dig up the truth, Druckenmiller and his team spent three decades unearthing evidence at their field site in Northern Alaska. The fossil-rich spot, known as the Cretaceous Prince Creek Formation (PCF), is located along the bluffs of the Colville River as it merges with the Arctic ocean, and is one of the best locations in the world to study polar dinosaurs.

To reach the paleontological goldmine in the depths of rural Alaska, the scientist spent three to five days traveling by car, helicopter, and boat. Then, they would pitch camp along the gravelly banks for three weeks.

“This was really a labor of love,” Druckenmiller, who spent many a night wet, muddy, and blasted with freezing sea breeze, says.

At the formation, the researcher found small bones—many of which were too tiny to belong to your ordinary small-bodied beast.

The researchers were soon re-filling their food buckets with pounds of sediment to bring back to the lab, where they would screen the sand through sieves. Every grain larger than half a millimeter under a microscope—that’s one-third the size of a pinhead—was closely inspected.

What they discovered was thousands of teeth. When compared to similar dinosaurs from other parts of the world, they found the teensy teeth didn’t just belong to baby dinos. Some were so small they could only come from perinatal dinosaurs, those who die while still in the egg or just after hatching. They matched the pearly whites to a variety of both herbivorous and carnivorous species like duck-billed, horned, and dome-headed dinosaurs. Even fearsome tyrannosaurids had hatched amongst the snow.

The eggs of these bygone animals took two to six months, maybe even longer, to hatch. Therefore, if their mothers popped them out at the dawn of spring, the hatchlings only had a few months to grow before winter set in. Thus, a thousand mile migratory trek would be out of the question.

Knowing dinosaurs spent their whole lives at the poles means paleontologists have to reconfigure their understanding of them.

In order to survive 120 days of continuous darkness and an average temperature of 43 degrees Fahrenheit, the circumpolar creatures were most likely warm-blooded. They could have even been decked out in fuzzy feathers like gigantic, ancient snowy owls to keep warm.

“One idea is maybe dinosaurs hibernated,” Druckenmiller says, “and there’s no reason why we might not actually find something like a dinosaur borough that some of the smaller species may have snuggled up in for the winter.”

Regardless, the findings conjure an alternate universe where down-covered dinosaurs scampered through snow-covered forests.

“It just makes you realize what a different world it was 70 million years ago, that Alaska, which was even farther north at the time, supported forests, and in those forests were crazy dinosaurs running around, trying to struggle their way through winter,” Druckenmiller said. “It’s mind-blowing.”