The scientist who found them looked to history—and pop culture—to name the new sponges. 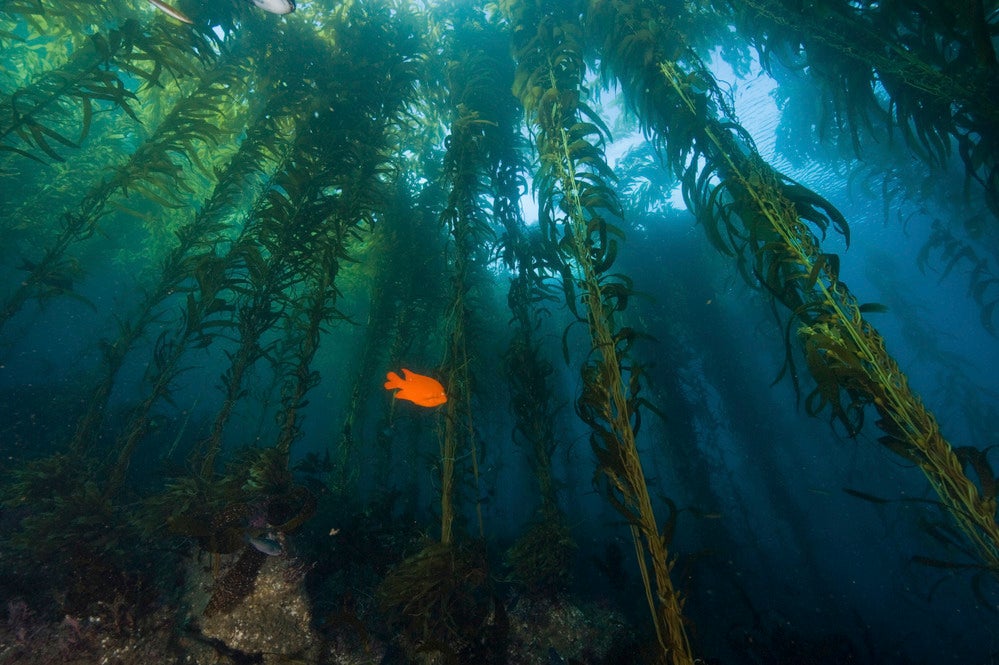 Marine biologist Thomas Turner regularly scuba dives through the kelp forests of Southern California. His mission: photographing and collecting more than 300 sea sponge specimens, to better understand the kinds of sponge populations that live off the golden coast. Over the last few years, Turner had been noticing unusual beige patches on kelp forest rocks. Anybody else might have ignored them, or missed them entirely. But he suspected they were sponges, ones he had never seen before.

Turner needed to identify his samples, so he took them into the lab to sequence their genomes. Many sea sponge species are difficult to tell apart with the naked eye—especially the ones Turner collected, with their formless shapes and monochrome beige bodies. But DNA reveals all their distinctions. After a lot of sequencing, and cross-referencing with existing data and research, Turner concluded that he had discovered four previously undocumented sponge species from the order Scopolinida. His findings were published in the journal Zootaxa.

[Related: Are kelp and maggots foods of the future?]

“I got the DNA, and I was shocked to learn that they were in Scopolinida, which is almost entirely tropical,” the scientist said in a statement. Species in this order have never been seen anywhere in the eastern Pacific, let alone in the non-tropical waters of California.

These aren’t the first new sponges Turner has discovered. He actually identified a new species last year, using the same techniques. He named that one Galaxia gaviotensis, or the Gaviota galaxy sponge, referring to the star-like specks in the sponge’s structure.

As the species’ discoverer, Turner also got to name these four new sponges. Two he christened with names based on locations: Scopalina goletensis for the town of Goleta, and S. kuyamu, for the Kuyamu village that once existed onshore where the sponge was discovered. The third species he dubbed S. jali, after a common pattern found in Indo-Islamic architecture. Finally, the fourth he named S. nausicae, after the character Nausicaä from the Studio Ghibli film Nausicaä of the Valley of the Wind.

The kelp forests of California are popular, accessible diving spots and are frequent research areas for marine biologists. “[These sponges] live out in the open; divers have been swimming past them for decades,” Turner said in a statement. “They’re all over Southern California, super common. Just no scientist has ever picked one up and looked at it to try to figure out what it was.”

Turner’s new findings prove that there is so much more to discover in our proverbially oceanic backyards. He said that sponge research is often limited because scientists don’t have a full picture of their taxonomy—all the species out there, and how they’re evolutionarily related to each other. He intends to continue diving and finding more of the region’s sponges, hopefully teasing out different species and their genetics, and finally making sense of all their evolutionary history.