How Abebe Bikila won the Olympic marathon without shoes

Plus other wild Olympic facts from The Weirdest Thing I Learned This Week. 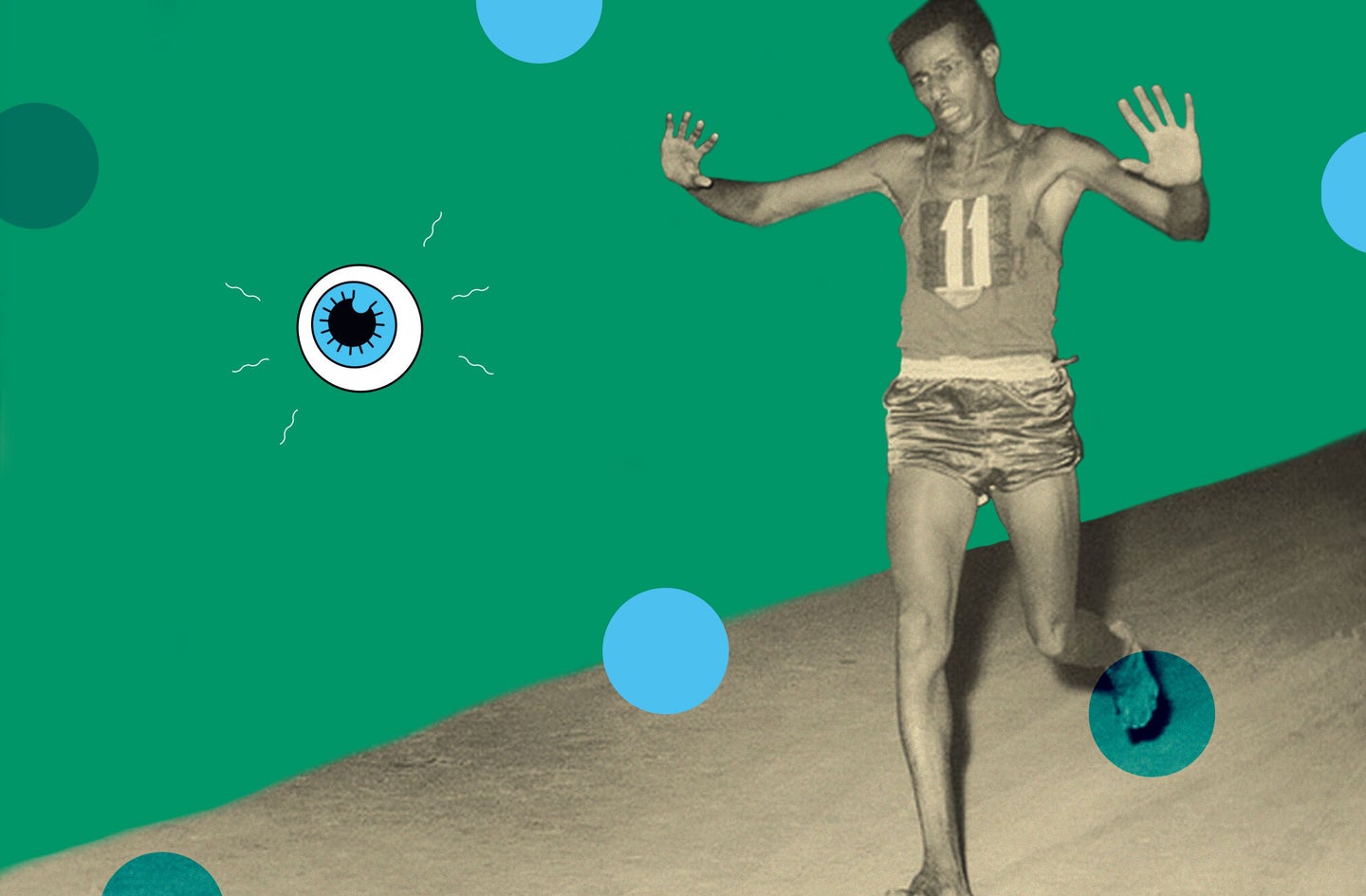 Abebe Bikila didn't want to risk blisters during the biggest race of his career.
SHARE

FACT: The winner of the 1960 Olympic marathon did the whole race barefoot

Running shoe technology has come a long way in the last 100 years. Companies have added arch support, ridged soles designed to minimize shin splints, and, most recently, literal carbon-fiber plates sandwiched between an energy-returning ultra-lightweight midsole. All of this research and investment is meant to help athletes run their best races, and while world record times, particularly in the marathon, have come down with the advent of higher-tech shoes, sneakers aren’t everything. Case-in-point: Abebe Bikila and his barefoot Olympic triumph.

Bikila was a last minute addition to the Ethiopian marathon squad at the 1960 Summer Olympic games in Rome. According to a documentary on the Olympics YouTube channel, a few days before he was set to leave for the big games, his shoes fell apart. Despite a long search, he couldn’t find a pair comfortable enough for him to race 26.2 miles in.

[Related: Science helped me run my first marathon in 3 hours and 21 minutes]

Instead of settling for a mediocre pair of kicks, he ran arguably the most important run of his life barefoot—and won. In doing so, he became the first Black African to win an Olympic Gold medal. This all goes to show that while technology can help an athlete succeed, it doesn’t always make or break a race. That’s one of the things about sports—you can’t predict everything that will happen on the day of the event. Listen to this week’s episode to hear how Bikila pulled off such an incredible fee(a)t.

FACT: The early-modern Olympics were a mess of bizarre sports and inconsistent rules

Before we get into the madness that used to count as an Olympic event, let’s start with a bit of historical context. The Olympics are at least around 3,000 years old—that’s when we know the Ancient Greeks held several major sporting festivals, one of which took place every four years at Olympia—but they didn’t exist from the year 400 to the year 1859. The ancient games tapered off during the Roman empire, and it was only in 1859 that Greece started holding modern Olympiads in Athens. The first international games took place in Athens in 1896, not long after the International Olympic Committee first formed.

The winter games weren’t a thing until 1924, and in general, it took a few decades for the Olympics to look anything like the events we hold today. Olympians had to provide their own lodging until 1932, for instance, so at those first games, most international competitors were people who happened to be in the host country for some other reason—like diplomats. Also, only amateurs were allowed to compete, and rules were kind of all over the place.

For those first few Olympic games, and especially the second iteration—Paris 1900—countries just inserted events that they expected locals to do well in, which led to some very weird competitions. Motor boating, pigeon shooting, pistol dueling, and croquet were all featured in the 1900 games, to name just a few of the wildest examples. Listen to this week’s episode to learn more about when and how the Olympics became the tightly-run ship they are today.

FACT: The Olympics used to give out medals for art and poetry

When I found out that there used to be Olympic medals for art, I honestly thought I must have misheard or misunderstood the podcast I was listening to. Or maybe that there was some technicality that I was missing—surely they couldn’t have done this.

But it’s true: there used to be Olympic medals for painting, sculpture, architecture, literature, and music.

There’s still kind of an artistic component to the Olympics today, in that there’s always a new logo design and some kind of overall aesthetic that ties the event together. There’s usually a public installation of the Olympic rings or some such event, and often the host city keeps that structure in place for years afterward. But the Olympics have changed so much in the past century that it now boggles the mind to consider holding a painting contest as part of the festivities.

There’s lots to admire about Olympic athletes—their commitment, their ambition, their skill—but in the end, the Olympics are an athletic endeavor. And the modern Olympics, in particular, are an event largely designed to make the organizers very wealthy, despite rules against paying the athletes who actually participate. Sorry to be a downer! Listen to the episode for far more fun facts and to learn how all of this somehow relates to Michael Jordan.