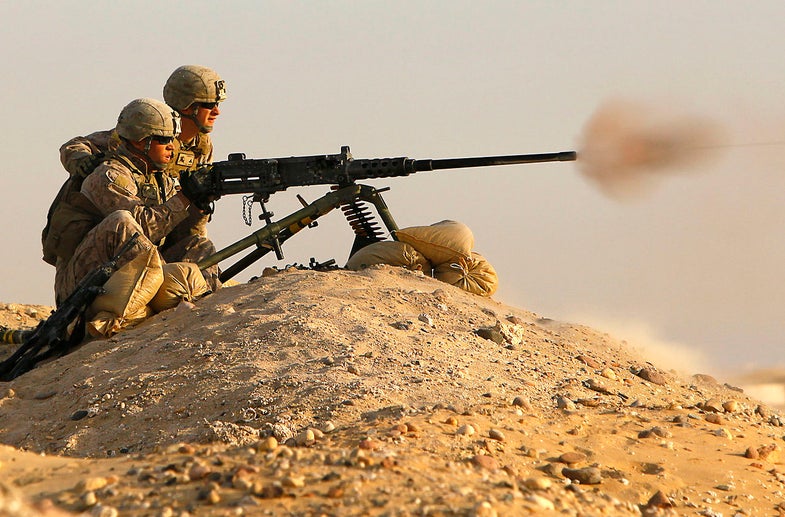 A gun for the army has to do two very basic things: shoot, and not endanger the soldier firing it. Design on the Army’s M2 .50-caliber machine gun began in 1918, and the weapon was decades old by the time it earned distinction in World War II, and American troops have carried it into virtually every conflict they’ve fought since. It’s a simple weapon, and powerful enough to destroy light vehicles like jeeps, gun-toting Toyotas, and “slow, low-flying aircraft.” So why, after nearly a century of service with the Army and Marine Corps, did M2 machine guns start exploding early last decade, and why do they keep doing so?

The investigation, supported by Toni Stabile Center for Investigative Journalism at Columbia University’s Graduate School of Journalism and with reporting from Brian Anderson, reveals an impressively long list of dangers. These include poorly made parts, bad supply chains, limited manufacturer accountability, and flaws in parts for other weapons, like the M249 light machine gun. Read the rest of the report, and be sure to read all the way down for the service announcements where cartoon guns scream about the parts they need replaced.